Goa is the ‘Go to’ (get it? sort of?) place in India when it comes to beach holidays. The west Indian state has a number of beach resorts on the Arabian Sea and each one offers something a little bit different. I read up on all the popular destinations, from package holiday central Calangute to hippy Anjuna, and felt I belonged somewhere in between the two. I judged this to be Palolem Beach. 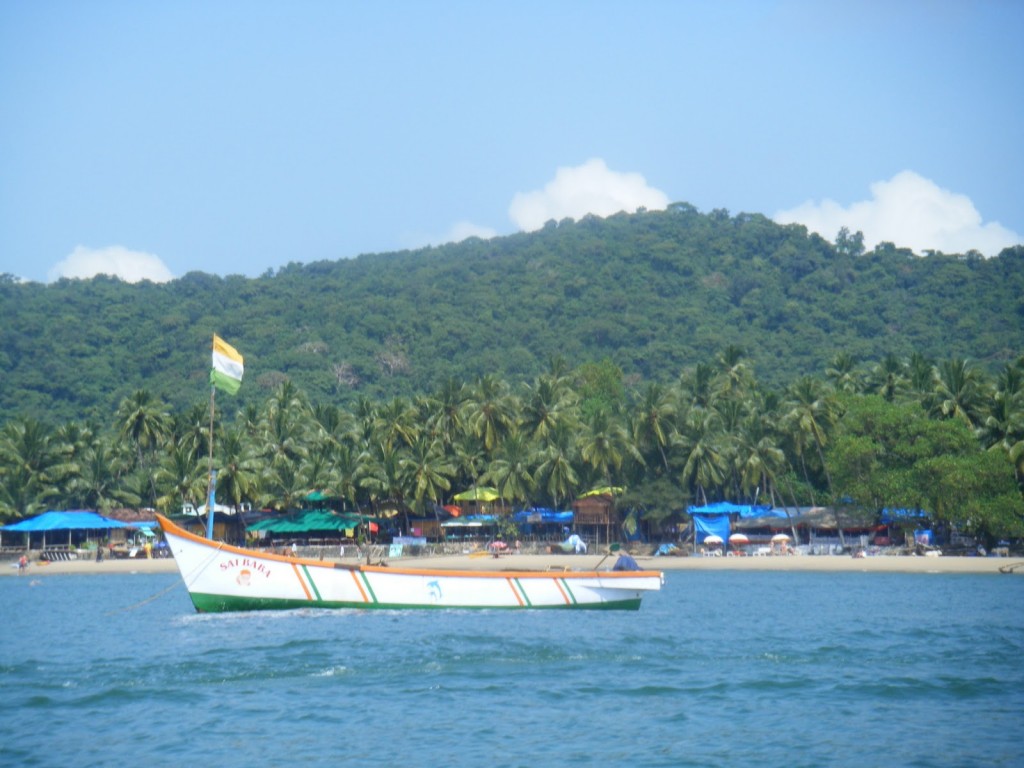 Palolem is one of the southern beaches in Goa and has one of the longest stretches of sand – a sweeping crescent from which to observe the striking sunsets. A mixture of bamboo beach huts and wooden restaurants (torn down and rebuilt each summer according to local law) line the coast and offer a tempting new location for every meal.

Palolem is not your typical white sand and turquoise waters affair though, more beige sand and brown sea. For this is India and if you are expecting a picture postcard tropical paradise you should have gone to Thailand.

If you are looking for hospitality, spectacular seafood and a new experience every minute though, Goa is for you – it’s the beach holiday with a twist. 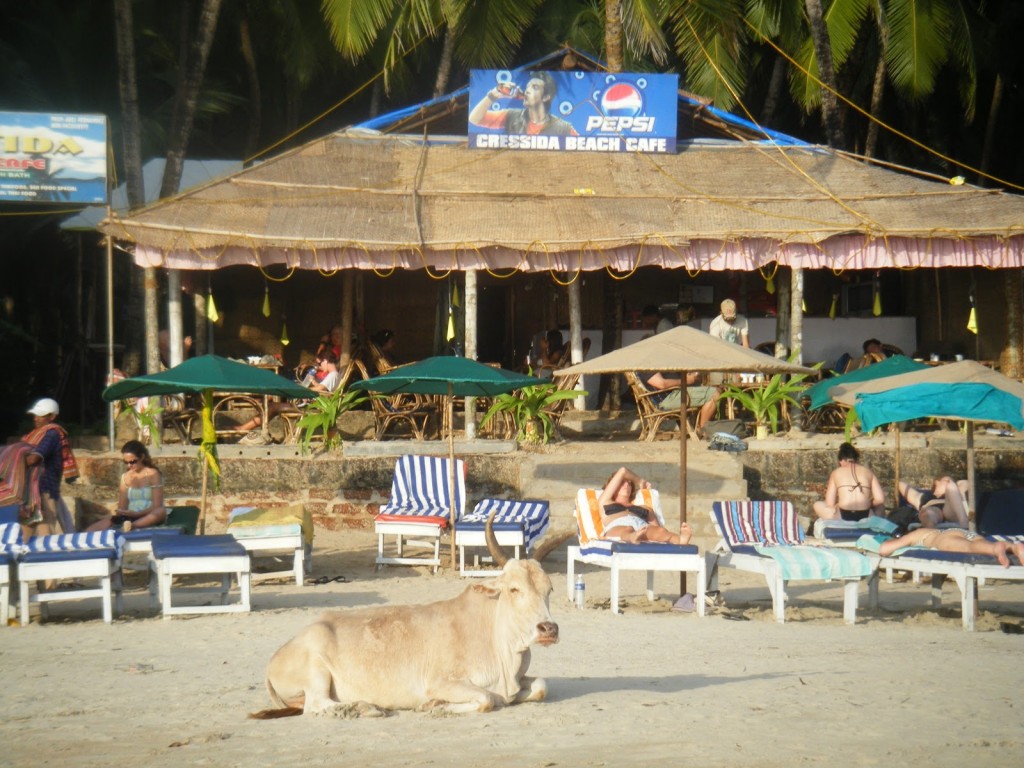 Cows rule the roost in India and nowhere is this more obvious than on Palolem Beach. They roam freely around the streets of the town and take up large portions of the sunbathing space on the beach. Sun worshippers lie with one eye open, for when the cows get restless and start moving around you don’t want to get in their way.

We preferred to sunbathe close to our amazing resort (Ciaran’s – more of which later) so that staff could save our towels if cows tried to rest on them while we swam. Stray dogs also roam the beach, mostly at night, which means it is a target for fouling from both cows and dogs. Ladies are employed to clean and sweep the sand, which they do every morning before the crowds arrive, in a never-ending battle with the poop.

The crowds at Palolem seem to be made up of European backpackers of all ages, vacationing Indians from the cities such as Mumbai and the beach sellers who move there en mass for the peak season. 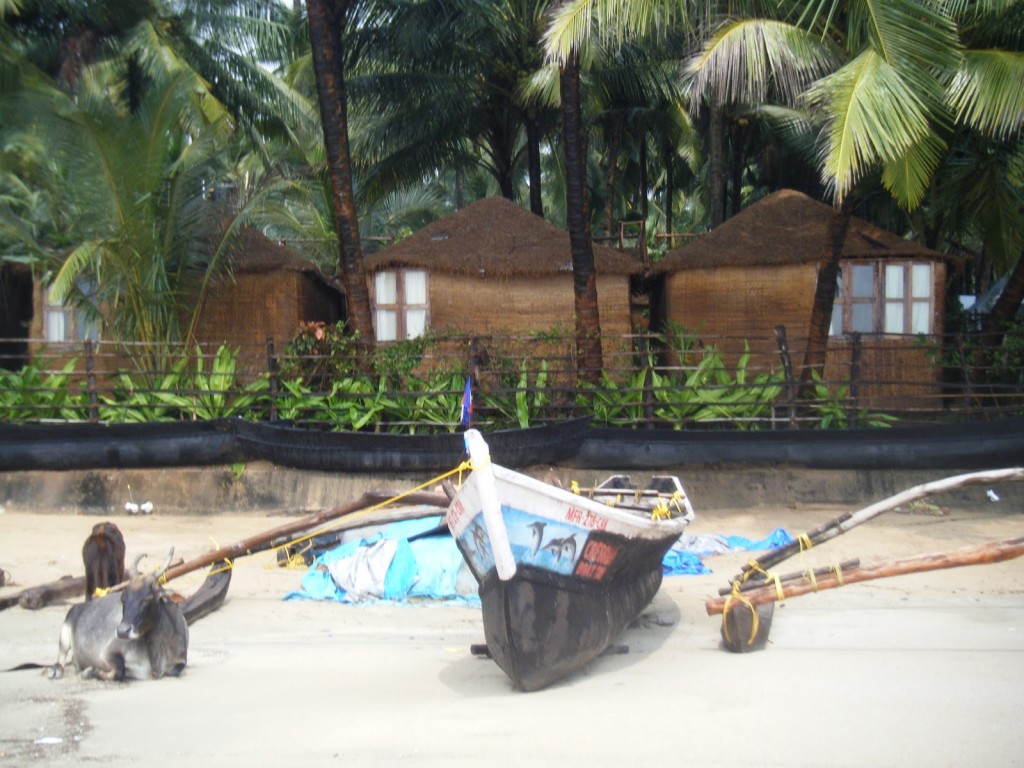 Cairans beachfront huts, where you can hear the roar of the sea and spy on the cows and fishing boats from your window

The beach sellers are beautiful, charming and more than a little annoying. Dressed in colourful saris and bindis they tend to be young women who move in packs. They will draw you into conversation, elicit your name, and beguile you into promising to buy something from them before you go home. They carry little knick-knacks and jewellery and are asking only a small price for them, but with at least a 100 on the beach you would be going hungry if you kept your promise to them all. “Don’t break my heart“, they call to you, as you run away feeling like pond scum.

I loved the enterprising nature of some of the people we met – especially the beach sellers who know all the tricks of the trade and how to engage their customer.

Lying on the beach one day I was approached by yet another seller. This one was slightly older, more experienced perhaps. She took one look at me and said,

“Tonight I will make offering to the Gods for you, pray that you find nice, not lazy husband. I promise this time next year you will be back in India with your husband.”

Not bad for an opener I thought. She then went on to explain that her husband was one of the lazy ones, that she had to work very hard because he does not. She motioned to a scar on her face, ‘from the not nice, lazy husband’, she said. What do you want me to buy, I replied. 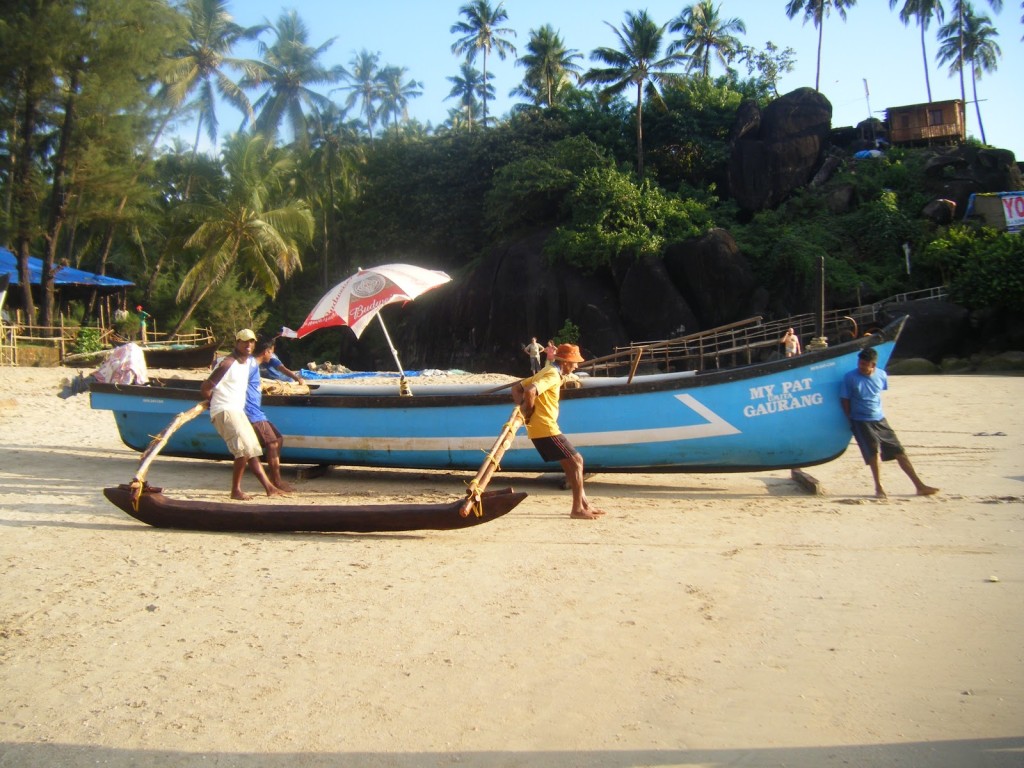 I purchased an anklet of some sort for the equivalent of a few English pounds and therefore immediately became a target for every other seller in the resort. ‘How much you pay for that?’, they would shout at me as I passed. ‘I sell you for x rupees’. Invariably this amount would be less than I actually paid, invariably I would be gutted, and invariably I would have to explain to the next seller that really one overpriced anklet was more than enough, thank you.

Customer service is personal in Goa too. Bar men, hotel owners, taxi drivers, all will want to know your name and why you came to India. All will remember your name, enquire after your health and offer you business every time you see them for the duration of your stay. You make a lot of friends in India – at least until you leave! One friend I made was enterprising enough to suggest the ‘nice, not lazy husband’ I had have been promised by a beach seller is none other than himself. ‘You don’t come back to India with your husband’, he explained, ‘you come back to India to make me your husband‘. Clever, I see what you did there.

Hanging out at our resort, Ciaran’s, was a respite from the salespeople. Owner John and adorable dogs, Megan and Dave, would prop up the bar for most nights of our stay. From chatting with John I learnt more from him about life in Goa, the best places to eat and ways to get around, than I could ever have picked up myself. We also had a bloody good laugh with him every evening. He kept one eye out for us constantly with the other eye on his highly efficient staff who ran around serving the best banana porridge breakfast and afternoon chai and cake (both of which are included in the cost of the room). A stay at Ciaran’s is like staying with a friend, a friend who owns a really amazing beachfront hotel.

It broke my heart to leave.

Read next:
What to do in Delhi
10 books to read before going to India 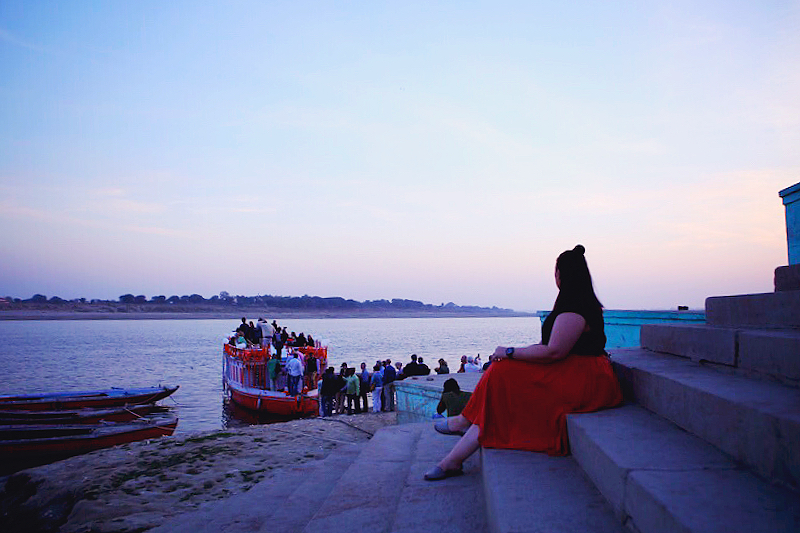 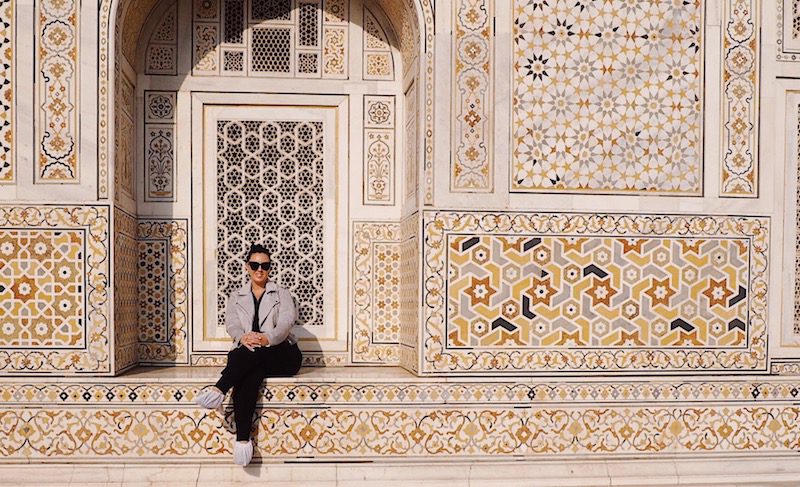 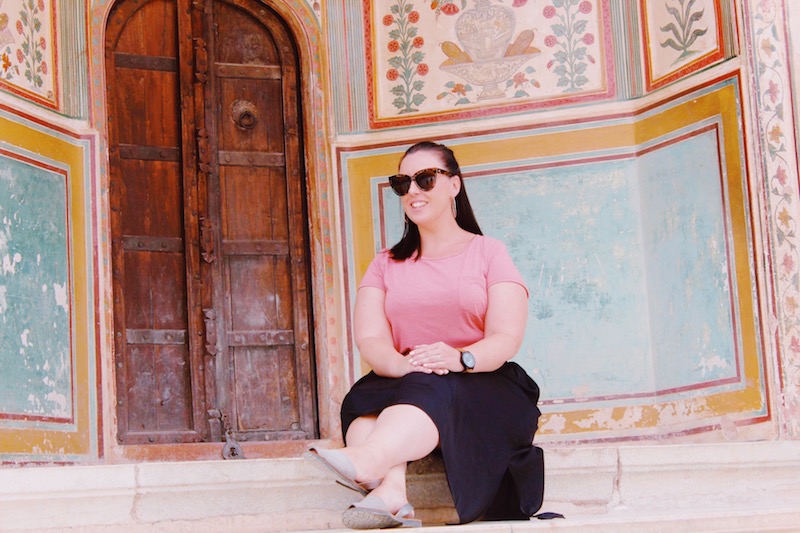 I GOT THE BEST JOB EVER