It was 6am and still dark. The air was surprisingly fresh considering we were in Alice Springs and it had been sizzling the day before. I was a tad cold and rather drowsy. To be entirely honest the thought of travelling on a truck for half a day to see a big rock did not excite me in the least.

Lewy, our Intrepid tour guide, turned the key in the truck’s ignition and the stereo blasted into life.

Dozing heads popped up from their rows and started nodding along. This was our trip’s theme song and by the time the chorus came around we were ready for it. Our journey to the Red Centre had begun days earlier with a ride on a Qantas A380 from London to Darwin via Singapore. The group (consisting of 5 winners of the Kiss Big Outback Adventure competition and their 5 lucky travel companions, 3 members of the Kiss team including Charlie from the Breakfast Show, a representative from the Northern Territory tourism board and myself) had all met for the first time at Heathrow a few days before and the collective excitement had been palpable. This was the first ever trip to Australia for some of the group and the first time to the Northern Territory for all but 2 of us – we were hyped! It was to be my first experience on an A380 and we happened to be on board the newest in the Qantas fleet. Not only was everything bigger and better, from seats to meals and in-flight entertainment, but it was all brand spanking new too. The journey was off to a great start.

In Darwin we gained our trip theme song. For some inexplicable reason Dennis from Kiss kept singing ‘Sweet Home Alabama’ to himself – perhaps it was the country feel of this outback city. The singing in his head became a hum, which became a tune sung out loud, that spread throughout the group until we were all stuck with an endless loop of Lynyrd Skynyrd playing in our heads. On the first night the groups excitement at being in Australia was far outweighing the jet lag and we were dancing up a storm at Darwin’s backpacker joint Monsoons. Dennis had a quiet/forceful word with the DJ who agreed to play the tune against his better judgement. It only took the playing of the first 3 bars for all 15 of us to storm the stage. The trip theme song was thus created. 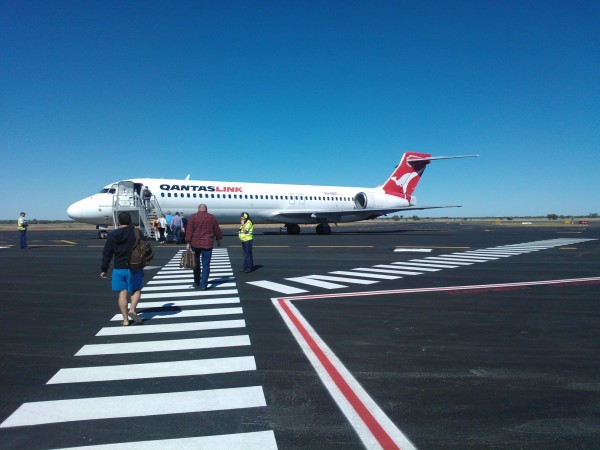 On the flight from Darwin to Alice my eyes were glued to the window. We passed miles and miles of desert land; red and green plains cut up by orange tracks that seemed to come from and lead to nowhere. Driving on them was no different. On that Intrepid truck from Alice Springs we drove for 200km in a straight line, passing no more than 1 or 2 other vehicles and a few wandering camels, then we turned right and travelled for another 250km in much the same way. Driving for 5 hours through the desert was not as boring as I had feared though. It turns out Lewy had a killer playlist on her never-ending iPod and we sang most of the way, Lewy included. About 30 minutes before arriving at camp it came into sight. That first glimpse of Uluru, after travelling so long to see it, is a magical experience. A priceless one. Even more so because we had been fooled earlier by Mount Conner (nicknamed Fooluru), which looks deceptively familiar to Uluru. Words simply cannot do justice to the experience of exploring Uluru up close. More than just an impressive geological site, this rock is an emblem of Aboriginal culture and Australian history – indeed, it is one of the few places in the world to be dual listed by UNESCO for both its outstanding natural as well as cultural values. Learning from Lewy (who is studying for a master’s degree in Aboriginal culture in her spare time!) about the areas 22,000 year history, I gained a perspective of Australia like nowhere else in the country, perhaps even the world. I knew that the site was sacred but did not understand how until I learnt about the way the Aboriginals live off and deeply respect the land. Their creation stories and moral code of conduct (of which tourists can only learn part 1 as outsiders of the community) are strongly linked to nature and indeed parts of Uluru itself. There are some sections which are still used for sacred ceremonies and as such cannot be photographed as a mark of respect. At the cultural centre in the park you can learn more about the Aṉangu, the traditional land owners. Circling Uluru on the base walk and viewing the unusual rock formation, I felt as if I had landed on another planet – a staggeringly beautiful one. That evening we drove to a viewing platform in the national park from which to watch the sunset over Uluru. Watching as the rock glowed from pink to amber to red we toasted the icon with a glass of champagne and shared a moment that we each will treasure forever. Back on the bus Lewy concluded our day with some traditional Aussie tunes. She pressed play on Waltzing Matilda and Charlie led the group with some co-ordinated arm waving.

To passersby we must have looked like waving lunatics; we were having the time of our lives. 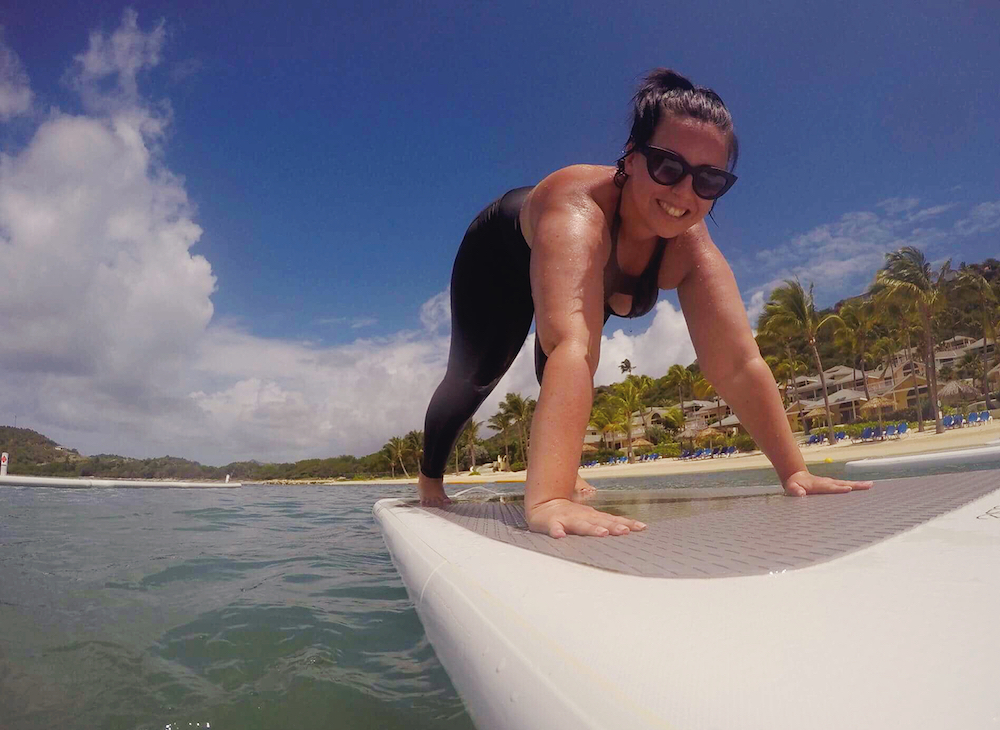 Caribbean Floatfit – The Most Fun You Can Have Working Out 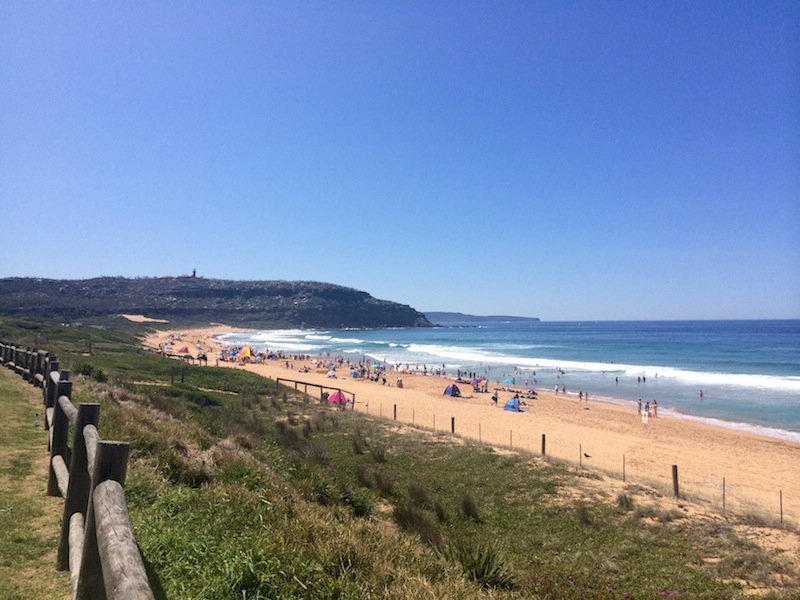 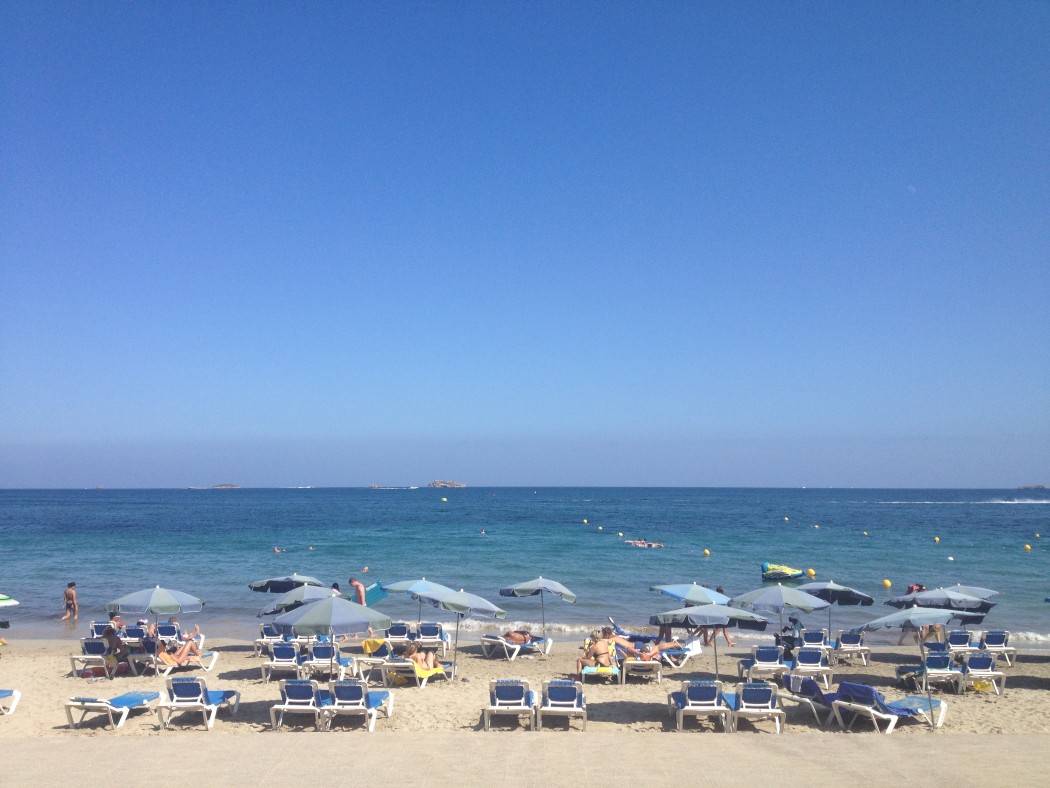 A diamond weekend in Royal Windsor

Camping in the Red Centre