The Best Restaurants in Skiathos, Greece

When looking for restaurant options on the Greek Island of Skiathos we were immediately drawn to the harbour of Skiathos Town. A plethora of twinkly-lit restaurants overlook the shiny, super-yachts. But although the setting was superb; some of the food was frankly odd. Avoid making the same mistakes as us with this list of the best restaurants in Skiathos. 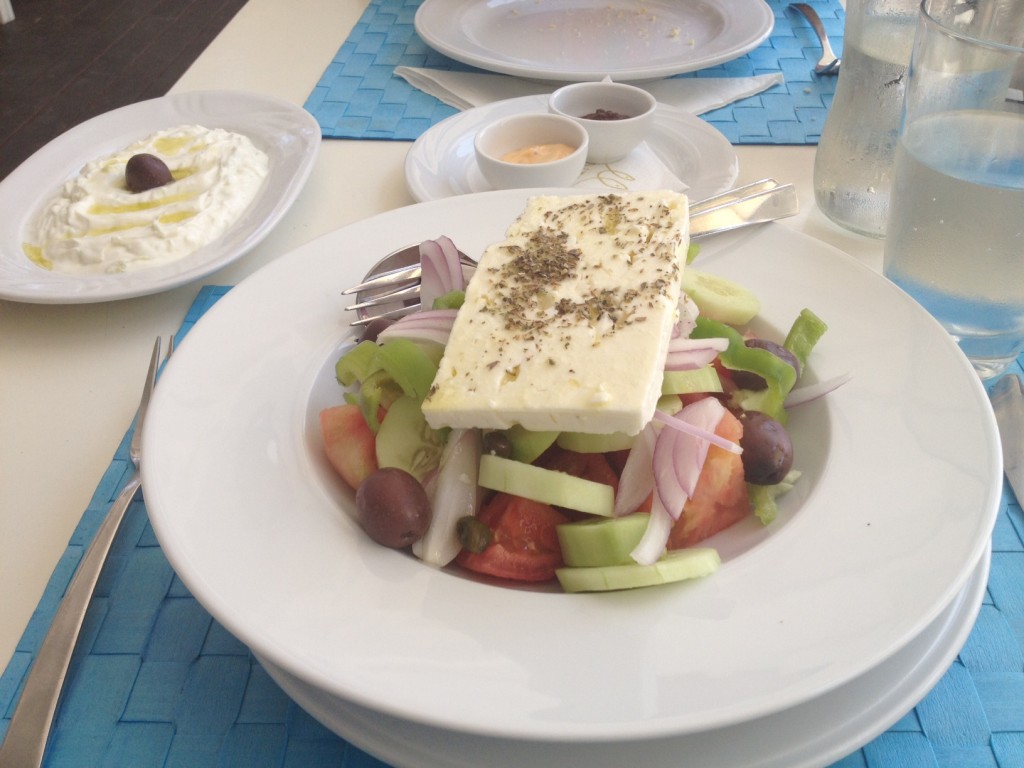 The first evening we enjoyed a pleasant meal of chicken kebabs, followed swiftly by our starters! The restaurant seemed nonplussed by the error. Hoping this was a one-off we returned like naïve loyal puppies to the harbour again the next night, and were treated with a pizza that tasted suspiciously like nail varnish remover.

Things could only get better right?

Luckily they did as the next day we eschewed the waterfront all together. The car rental bloke had told us about a restaurant in the mountains named Olive Land, with impeccable food and drool-worthy views. He wasn’t lying. He had failed to mention the death defying roads to get there, but his testimonial regarding the views and food were spot on. We gorged on olive dips and just-baked bread as the chef whipped up fresh risotto for us, their only customers. Wine, aperitifs, and a dessert sampler were thrown in for free as we had come via the car rental recommendation. 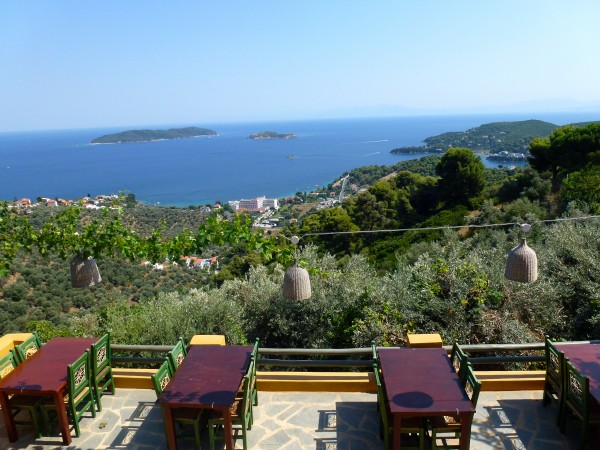 Bizarrely one of my favourite parts of this restaurant was the bathroom. Behind a velvet curtain and dysfunctional Singer sewing machine were elaborate cubicles with an array of toiletries for visiting guests. I was relived to be able to freshen up as the hairy drive in the hills had left my brow (and pits!) rather damp.

The next night we dined in a windmill. For this treat we have TripAdvisor to thank. Another lofty venue, the Windmill Restaurant sits high on a hill overlooking Skiathos Harbour, the moonlight glistening off the ocean below. After hiking the cobbled steps in the humid heat the reception we received at the Windmill was disappointing non-existent. Seemingly entering via a back route, we awkwardly circled the windmill until someone eventually offered us assistance (but not before another couple walked in and took the last remaining table on the balcony – doh!). 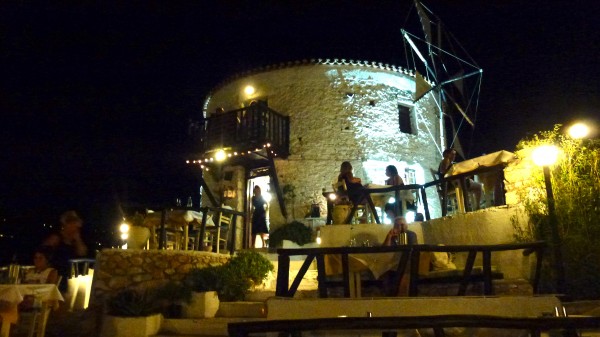 Dining in a windmill in Skiathos

Things improved slightly when the food arrived. Although the menu predominantly British, as were the serving staff, I cannot deny the brownie was to die for. Despite the false start the Windmill has to be one of the most romantic places I have ever dined. Well worth the hike.

With every beach on Skiathos being as pretty as the next I began to select my favourite according to dining options. For both day and night meals, Agia Paraskevi wins hands down every time thanks to the Skiathos Princess beachfront restaurant.

We stumbled upon PR Ammos Restaurant at the Skiathos Princess Hotel when we first arrived in Skiathos. Embarking on a stroll to find food, which turned out to be longer than anticipated, we fell onto the inviting white terrace of the Princess, literally frothing at the mouth. Within minutes I had a glass of bubbly in hand and a Greek salad with the most generous portion of feta cheese EVER sitting in front of me. (See top pic.) It was then we knew the holiday had really started. 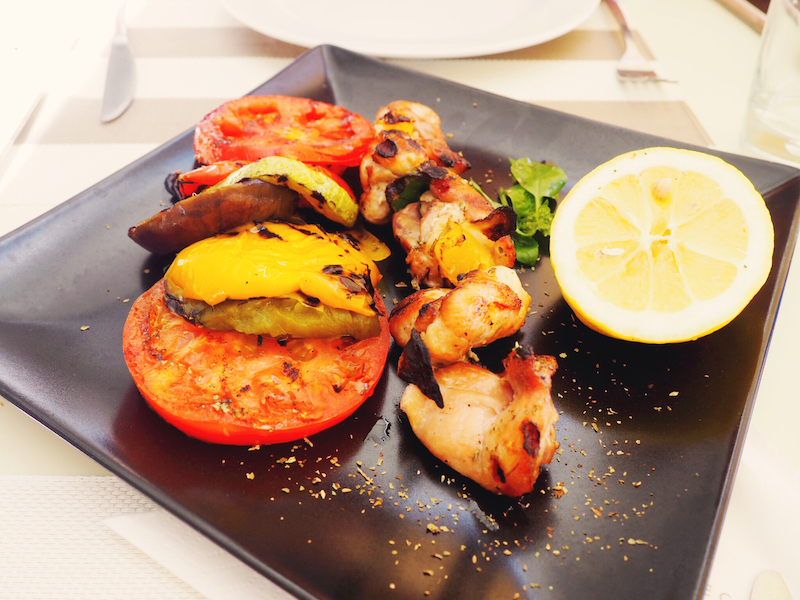 One evening we made the wise move to return to the Princess for our evening meal. From the moment we arrived to the last drinks we sipped on the beach, the staff were impeccable. For no more pennies than the restaurants serving suspicious tasting food on the Harbour, we could recline on banquets and share generous hunks of steak, truly appreciating this unique Greek experience.

Have you been to Skiathos? Got any restaurant recommendations?

Best things to do in Skopelos 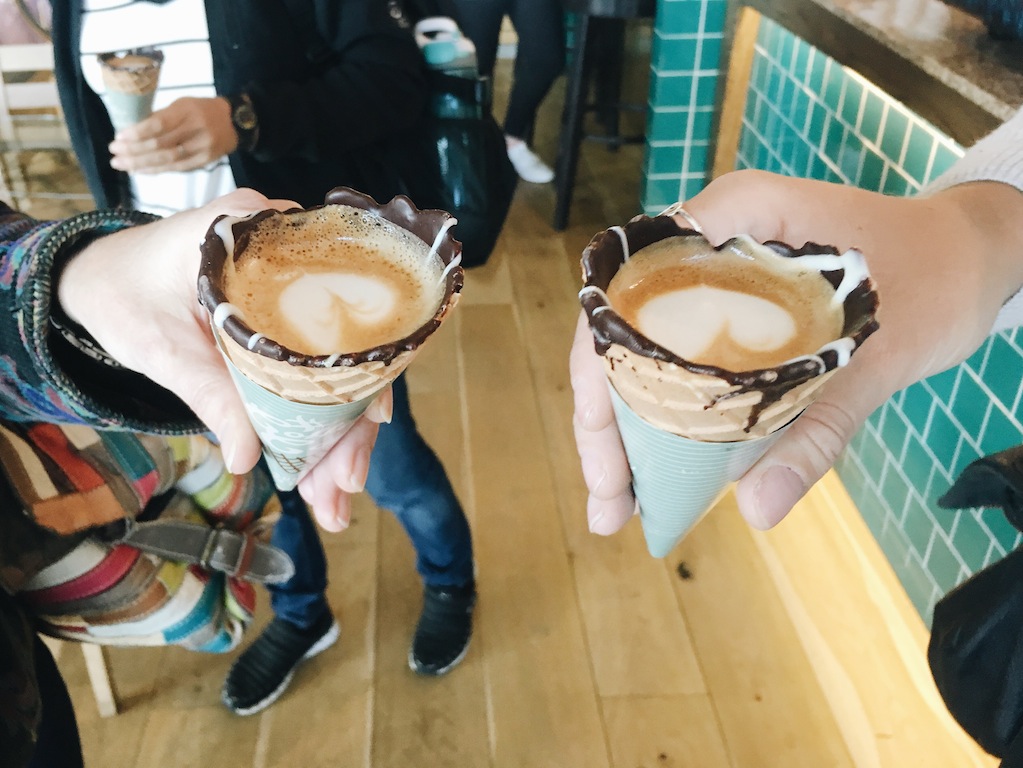 Coffee In A Cone: It’s A Thing People 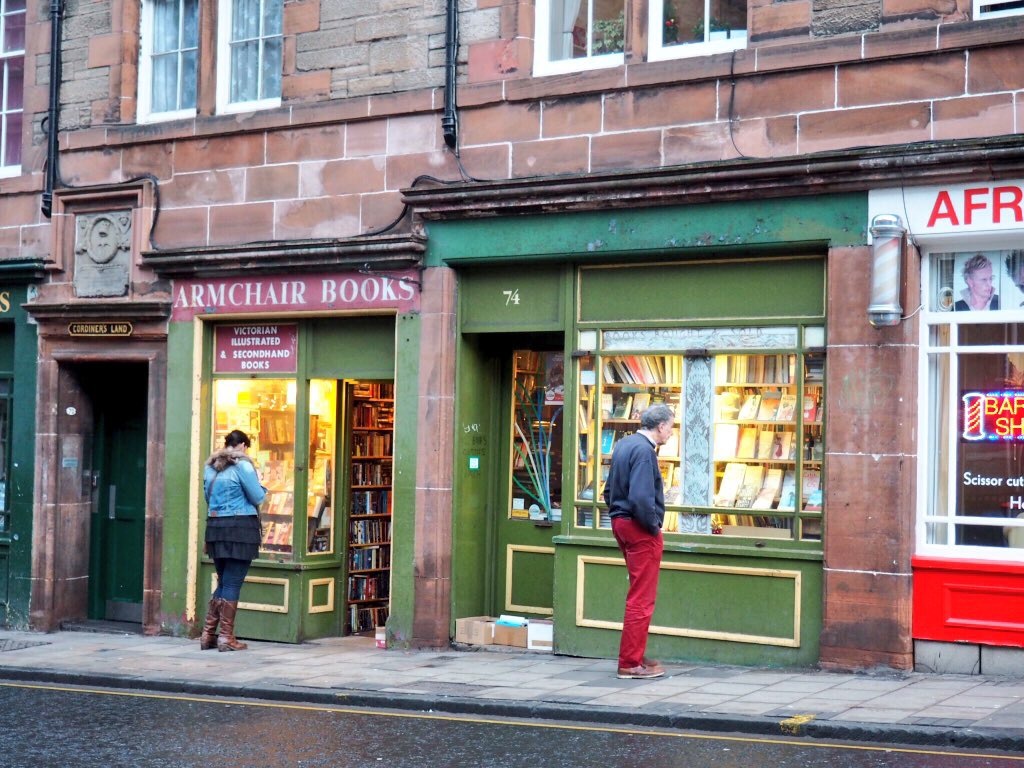