A Taste of Grenada

“You have only tasted the pot,” says Roger, my driver and Grenada guide, “you will need to come back to sample the real meat.” In just over 6 hours we have circled the whole of the Caribbean’s Spice Isle, and this taster has left me wanting more. Measuring only 133 square miles (Roger doubts these exact figures, he says they were probably taken after lunch!) it is possible to navigate the whole island within a day. Our first stop after departing La Source was Grand Anse beach; 2 miles of golden sand backed by lush forestation – it’s not hard to see why it regularly features on ‘Best Beaches’ lists. Driving passed Wall Street, named after the collection of banks in the area, Roger points out some food vans. He tells me locals gather here for both pre and post party snacks, he recommends ‘Hot Boys’. Rolling down a steep hill, reminscient of the famous slopes of San Francisco, we arrive at St George’s spice market. I’m struck by the vibrant colours of the market, the green fruits and red and yellow umbrellas, encompassing the boisterous stall holders. Roger winds down his window and chats animatedly with the vendors. The island has a population of approximately 110,000 people, either you know the person in front of you or they know you, Roger tells me. Hidden amongst the stalls overflowing with fruit and veg are little packages of the spices the island is known for. Vendors hold up raw cinnamon, nutmeg and cocoa for me to inhale and I purchase intoxicated. The city of St George’s is built on a steep hill that keeps the residents fit. The higher we drive up the sloping roads the more of a view we get of the picturesque harbour. Literally the first port of call for Grenada’s visitors by sea, the harbour is framed by the old customs house, Methodist churches and ice cream coloured houses. Much of the area was destroyed by hurricane Ivan in 2004 but the locals have worked hard to rebuild – it was a particularly hard time for Grenada as overseas donations slowed after the tsunami hit South East Asia towards the end of the same year. I’m fascinated by the houses in Grenada. Every home is a cheerful pastel shade of the owners desire, some representing their political affiliations, others their mental health (apparently my favoured shade of pink is usually associated with care homes!) Village life seems to be played out in the open; men and women sit on verandas and watch the traffic, laundry hangs across the front yard, in some places a pot boils meat at the side of the road for neighbours to share. I am struck by the complete lack of commercialisation in Grenada; there are no chain shops, restaurants or bars on the island. The few bars there are seem to be merely an extension of someones home; a wooden shack selling cheap beers, a nightclub in a basement. Every house seems to have a ‘kitchen garden’ where the owners grow their own provisions. What they don’t need they sell to their neighbours by setting up a stall at the side of the road. There are few billboards around the island and the ones there are repeat the same adverts selling telecoms services or laundry detergent. I spy one chain restaurant – a KFC – which apparently isn’t as good as Kelly’s Place. We veer off the coastal road we have been circling the island on and head inland. Roger tells me of a South American diplomat he bought here who thought he was still in Costa Rica. I can see why. The island is unexpectedly lush and the middle is brimming with tropical rainforest. The temperature inland is markedly cooler than the warm beach at La Source, in fact a heavy rain shower is approaching. Roger stops the car and points me in the direction of a lemon coloured shack. There is a hand painted sign with the words ‘Concord Waterfall’ and an arrow pointing down on it. Talk about being underplayed. I dip my toes in the icy fresh waters and reflect on the beauty of this hidden gem; an undiscovered paradise much like Grenada itself. We are to have lunch at the Belmont Estate and dine on the organic produce grown on the plantation. On the way there my appetite is stirred by the array of fruits, seemingly growing randomly on the roadside. From the car window Roger points out bananas, pineapples, lemons, mangoes, cashew nuts and more dangling from bushes on the side of the road. I can’t get my head around how they work out who owns these. Roger assures me that all the land and fruit belongs to someone and that if you take what it not yours the owner is sure to find out.

There is a fierce sense of community in Grenada. I am curious why, even though Grenada is labelled a developing nation, there appears to be minimal homelessness or poor people on the streets. “Because you have your family.” Roger tells me. “If you even try to put your mother in a home, you will have the whole neighbourhood knocking on your door and asking why.” We pass just one unfortunate looking gentlemen sitting on the roadside. “Drugs.” Roger says. “He couldn’t be helped anymore.” At the Belmont Estate I enjoy a delicious local meal of things I cannot pronounce. Soursop juice, calaloo soup, unidentified fruits. And then comes the bit I had been waiting for – a visit to the Grenadian Chocolate Factory for some tasting. Chocolate was strictly banned on my MindBodyReformer Programme at La Source but even Andy conceded I had to try the local produce. I picked up just a morsel of the brittle dark sample and was overwhelmed by the taste. I declare Grenadian chocolate the friend of dieters, just one little hit will keep you happy for hours. It’s THAT good.

After lunch it was time for more intoxicating tastes – we were off to the Rivers Rum Distillery. In action for nearly 200 years, and named after the water mill that still powers it, you can tour this historical site and sample the results at the same time. I tried just a teeny, tiny shot of the local 80% brew and my head nearly blew off. My whole mouth actually went numb. I now understand how pirates survived at sea for weeks on end. The brew I tried can’t be exported, the levels of alcohol are illegal over here, but you can buy a less potent bottle to bring the taste back home. Last stop on our day tour was at a high altitude lake in the Grand Etang National Park. Another hidden gem, it is not a site you expect to find amongst the dense tropical trees. The temperature here at 1700 ft above sea level was FREEZING, it’s like another world altogether. The plant life in the national park is simply stunning – it’s easy to see why Grenada are consistently awarded the Gold Medal at the Chelsea Flower Show (they won it again this year for the tenth time.) Chocolate, rum, spices, fruit, colour and community. In one day I had experienced a small taste of the Caribbean’s Spice Island and it left me wanting much more.

Huge thanks to my hosts the Grenada Tourism Board who live tweeted my tour of the island via their account @discovergrenada. I flew to Grenada with BA via St Lucia (you don’t need to get off the plane and are on the ground for less than an hour). Visit ba.com/grenada for more details.

For more photos of this vibrant island please visit my facebook page. 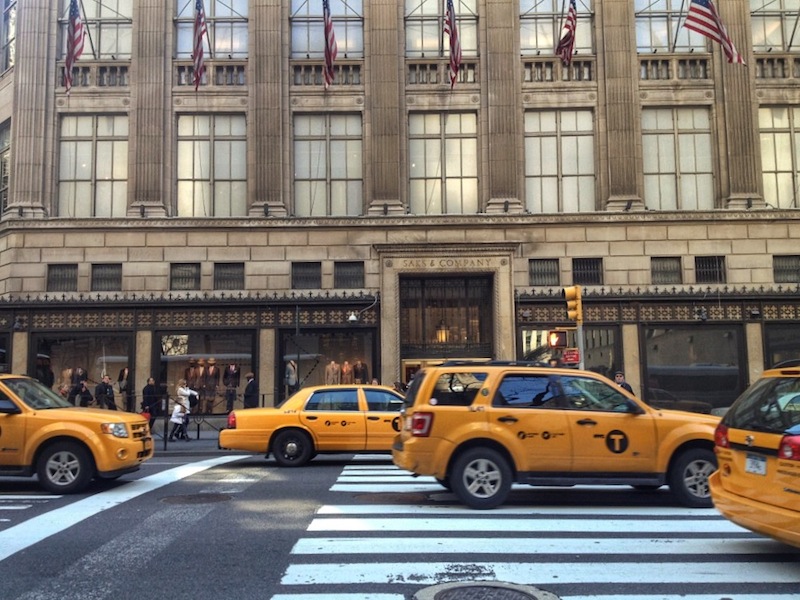 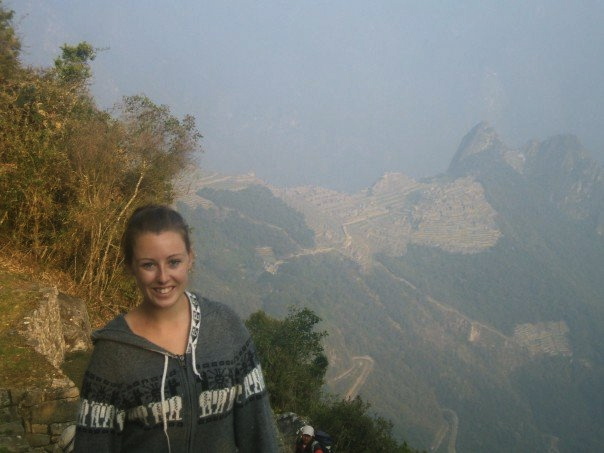 Thoughts On Solo Travel: The Highs & Lows Of A Holiday For One