In my last post I told you all about my experience on board Costa Venezia as we cruised one of Costa Cruises brand new itineraries in Turkey and Greece. In this post I will share my experience of what we did in each destination, along with a few pointers for how to get the most out of your cruise experience.

Disclosure: I travelled as a guest of Costa Cruises but all opinions are my own.

What appealed to me about this itinerary (aside from the fact I am obsessed with Greece!) is that it gives you more than a flying visit to Turkey and Greece. Rather uniquely, our itinerary began with an overnight stay in Istanbul, allowing you to check into your cabin and then head out to explore Istanbul, either independently or on an excursion. Plus, with 3 stops in Turkey & 2 in Greece, some for more than 10 hours, I felt like I got to know more about these destinations than you would on a cruise that stopped at a number of different countries.

The views from the ship were also fantastic. I could see enough of Bodrum from my balcony on day 4 to know I’d love to go back there for a holiday! And the sea day at the end of the itinerary, sailing past Gallipoli and under the world’s longest suspension bridge, felt like a real adventure too.

If that has whet your appetite, here’s a look at our itinerary in a bit more detail.

I arrived on a late flight into Istanbul so didn’t have a chance to see any of the city on day 1 but if you’re looking at booking this cruise I’d definitely recommend you arrive as early as possible to make the use of the extra day.

The ship docks at Galataport Istanbul, an approximately 15-minute drive from Hagia Sofia and the Blue Mosque, so you could take yourself for a little independent exploration after boarding and still make it back to the ship in time for dinner.

Another appealing option for later arrivals is the Bosphorus by Night excursion. I love the idea of cruising past palaces and minarets to the point where Europe meets Asia.

For my first full day on the cruise, I joined the Unmissable Istanbul shore excursion. This 3-hour guided tour was the perfect introduction to Istanbul, with detailed visits to 3 of the city’s main attractions – Basilica Cistern, Hagia Sofia and The Blue Mosque.

The Basilica Cistern was a real surprise. Dating back to the 6th century, the Basilica Cistern is the largest and most impressive covered cistern in Istanbul. Its majestic vaulted ceiling, supported by 336 columns salvaged from the remains of ancient monuments, comes alive with a light and sound show that depicts how important the cistern was to the city.

The Blue Mosque and Hagia Sofia are both places I have longed to visit and they did not disappoint. The Blue Mosque, with its 6 striking minarets and the turquoise ceramic tiles on the ceiling that gave the mosque its nickname, is beautiful. (The Blue Mosque’s official name is Sultan Ahmed Mosque.)

But it was ancient Hagia Sophia and its changing role throughout history that was the highlight of this excursion for me.

Originally built as a Christian basilica in 537 AD, Hagia Sofia was the largest of its kind in the Byzantine era. It’s enormous domed ceiling & 104 columns (some of which were imported from Ephesus) are astonishing. I mean even the size of the door is jaw-dropping.

Hagia Sophia’s more recent history is also truly interesting. When the Ottomans captured the city in 1453, Hagia Sophia became a mosque. Gold Islamic calligraphy was added to the domes & columns to conceal the Christian mosaics & minarets were added to the exterior. From 1935 to 2020 the iconic building operated solely as a museum and restoration work revealed some of the original Christian icons. Then in July 2020 it was reclassified as a mosque and is now a place of active worship as well as a World Heritage Site.

It was very busy on the day we visited, with both worshippers and visitors trying to find their way inside. I was glad to visit with an experienced guide who could point out interesting parts of the architecture that I might have otherwise missed.

Our next port of call in Turkey was Izmir. For history buffs this is your chance to explore Ephesus, where the well-preserved Roman ruins give you a taste of what life was like in this ancient Mediterranean port city.

I’ve been to Ephesus as a child and was blown away by the scale and grandeur of sites such as the Temple of Hadrian and Library of Celsus. If you haven’t already been I recommend you take a shore excursion which covers the highlights of the Ephesus archaeological site as well as the house where the Virgin Mary is thought to have spent her last days.

On this cruise I did something a bit different and explored the charming village of Alaçati. Found an hour’s drive from Izmir, Alaçati is a relaxed fishing village turned tourist hotspot known for its stone windmills, blue shuttered shops and jasmine-scented streets.

The pavement cafes and independent boutiques are perfect for roaming slowly, stopping wherever takes your fancy. (I spent a lot of time in a store that sold rustic olive pots, wooden doughbowls and giant serving boards just like we have in our home!)  I loved getting a taste of a Turkey that was totally different to Istanbul and nothing like what I expected to discover on this cruise.

Find a highlights reel of our excursion in Alaçati here.

By day 4 I was ready to take a break from active sightseeing and enjoyed a sail along the Bodrum coast on a traditional gulet instead.

This excursion is perfect for getting a little background to Bodrum from a tour guide while sunning yourself on the top deck of a sail boat! Our day trip involved stops at 3 bays where we were invited to swim. (The water was too cold for me but looked beautiful from my position on the boat!)

Some of my friends went for a day at 5-star resort in Bodrum and this looked ideal for a bit of mid-cruise beach time. This would be my top choice if I did the cruise again.

On day 5 we unfortunately hit some bad weather and were unable to sail to Mykonos. The captain had told us a few days before that we would be rerouting for safety reasons and although it was devastating to miss out on revisiting one of my favourite Greek islands we did end up with some bonus time in Athens instead.

I’ve been to Mykonos a couple of times so my plan was just to wander the Old Port by myself, checking out the windmills and stopping for a drink in Little Venice. Costa Cruises offer a fab selection of tours and day trips on Mykonos but my recommendation would be to literally get lost in the winding whitewashed streets and pretend you’re Shirley Valentine for a few hours.

What I ended up doing on our trip was making my way to Mikrolimano, an upmarket harbour front close to where the ship docks in Athens, that is known for its seafood restaurants. There was only one thing on my mind when we arrived in Greece and that was tzatziki! As I had no set plans for our bonus afternoon in Athens, I spent a few hours enjoying some of my favourite Greek food with an incredible view and I have zero regrets about that!

The next day I had a bumper itinerary packed with the ‘Sights and Flavours of Athens’. This full day excursion took us along the beautiful Athenian Riviera to Cape Sunio so we could explore the Temple of Poseidon. The we headed back to the city to explore some of the main sights of Athens, including the first modern Olympic stadium and a view of the Acropolis.

I think this excursion is great if you have been to Athens before as it shows you parts of the city you may not have had a chance to get to. If it is your first time in Athens, however, I recommend you take an Acropolis tour and then enjoy some free time exploring the Plaka, perhaps soaking up the view from a rooftop restaurant such as Attic Urban Rooftop.

I got to check out the view of the Acropolis from Areopagus Hill and I saw enough to know I can’t wait to visit Athens again one day. Athens actually really surprised me in a good way. It feels like there is a well-maintained historical sight around every corner and despite it being home to over half the population of Greece it didn’t feel too chaotic during our visit. This cruise was a great introduction to Athens to me and has given me a perfect grounding to plan a return visit.

Our last full day of the cruise was spent at sea as we sailed from Athens back to Istanbul. This offers a great chance to do all those things on the ship you haven’t got around to yet – like visit the spa, shop in duty free or book a speciality restaurant.

For me, it was a chance to finish the book I started on the way over, while marvelling at the views of the Turkish coastline we had from the ship. I followed our journey on the Costa App, checking to see what castle, fortress and national park we passed along the way.

Check out my detailed review of Costa Venezia to see what else you can do on this ship.

On the last day I woke up to find the domes and minarets of Istanbul’s iconic mosques outside my window once again. I don’t think I’ll ever get over the magic of going to sleep in a cosy cabin and waking up to find a new city framed by the balcony.

I hope you enjoyed this detailed look at one of Costa Cruises new itineraries in Turkey and Greece. Has it tempted you to book it? Click here to find the latest packages and prices. 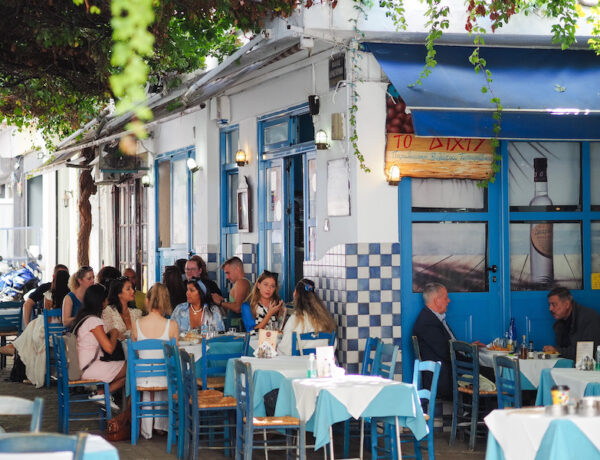 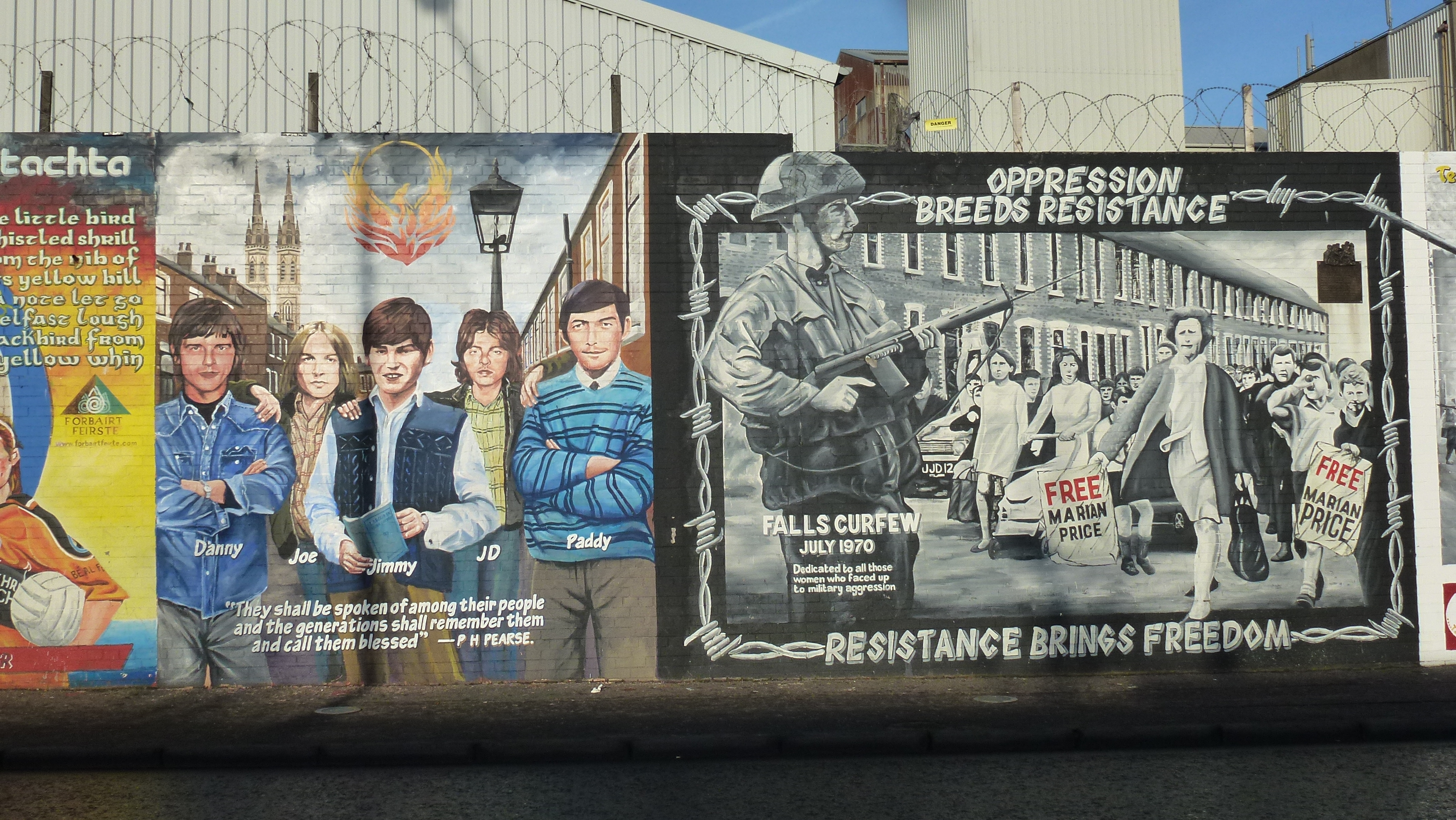 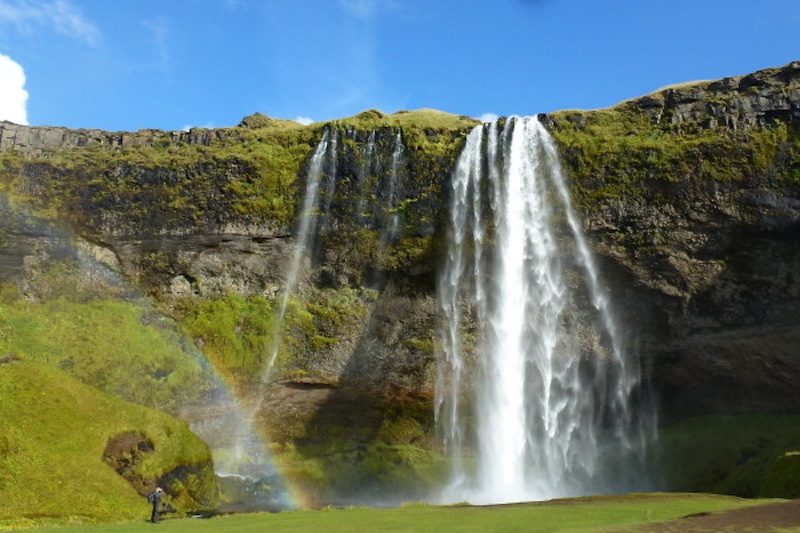