“Don’t worry about all the noises, the lodges tend to creak with the tide but that’s normal. Oh, and put your toiletries inside of an evening, if you leave them in the outdoor bathroom the baboons tend to steal them.” 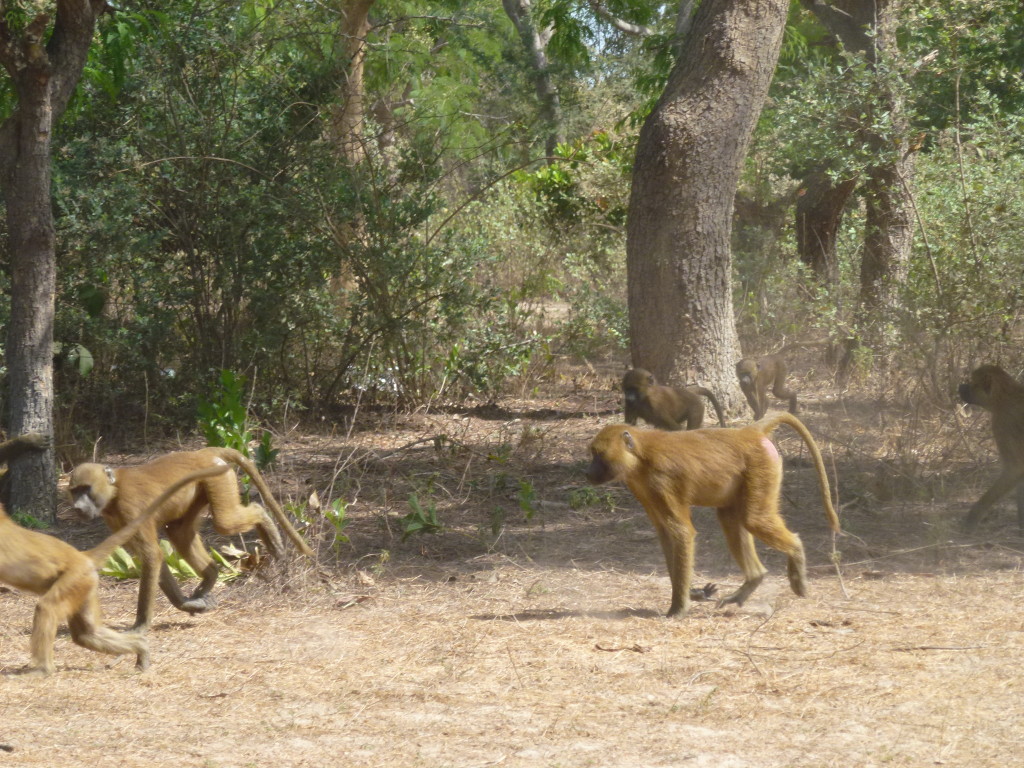 I consider myself a fairly adventurous girl but when it comes to wildlife and sleeping near it, I’m the biggest wimp going.

I followed the wooden boardwalk, over the oyster-clothed mangroves to my floating river lodge, with absolute fear and trepidation. I turned right at floating lodge number 2 of 4 and took the path towards my gated wooden abode.

The pitched-roofed villa I discovered there on the water was nothing like I imagined. How could I have been scared of this? Inside the ample-sized lodge was a large 4-poster bed, draped in a mosquito net and filled with floral cushions. There were lamps, wooden bureaus and armchairs spread both inside and outside the lodge. In short, it was the cosiest wilderness abode I had ever seen. 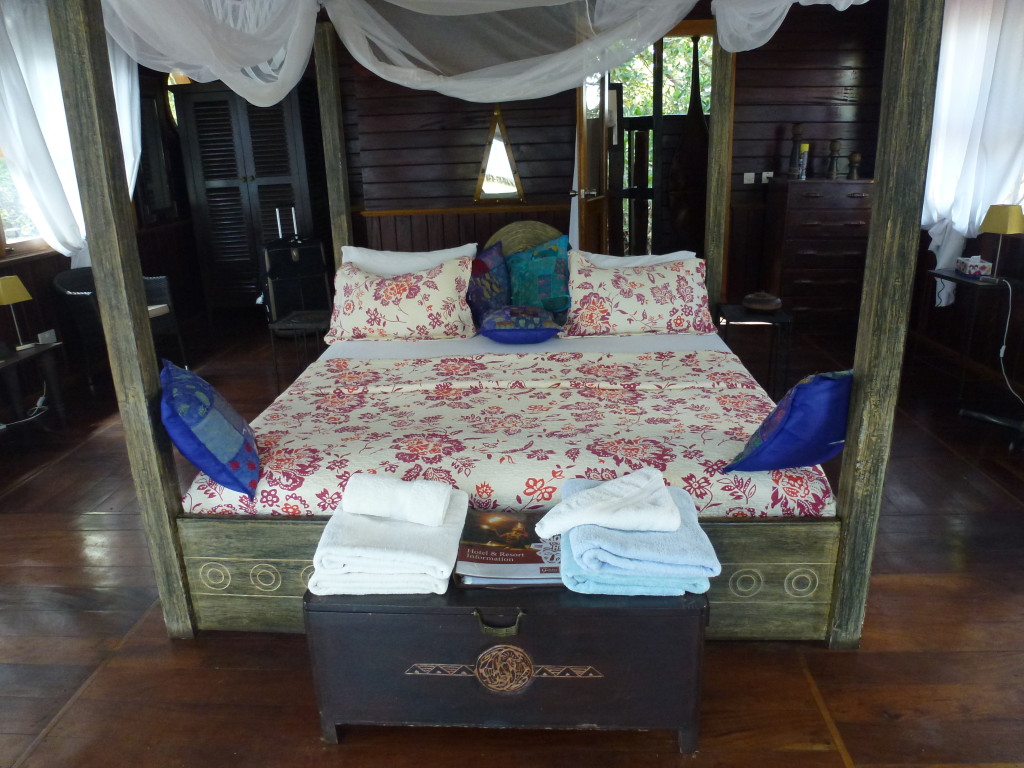 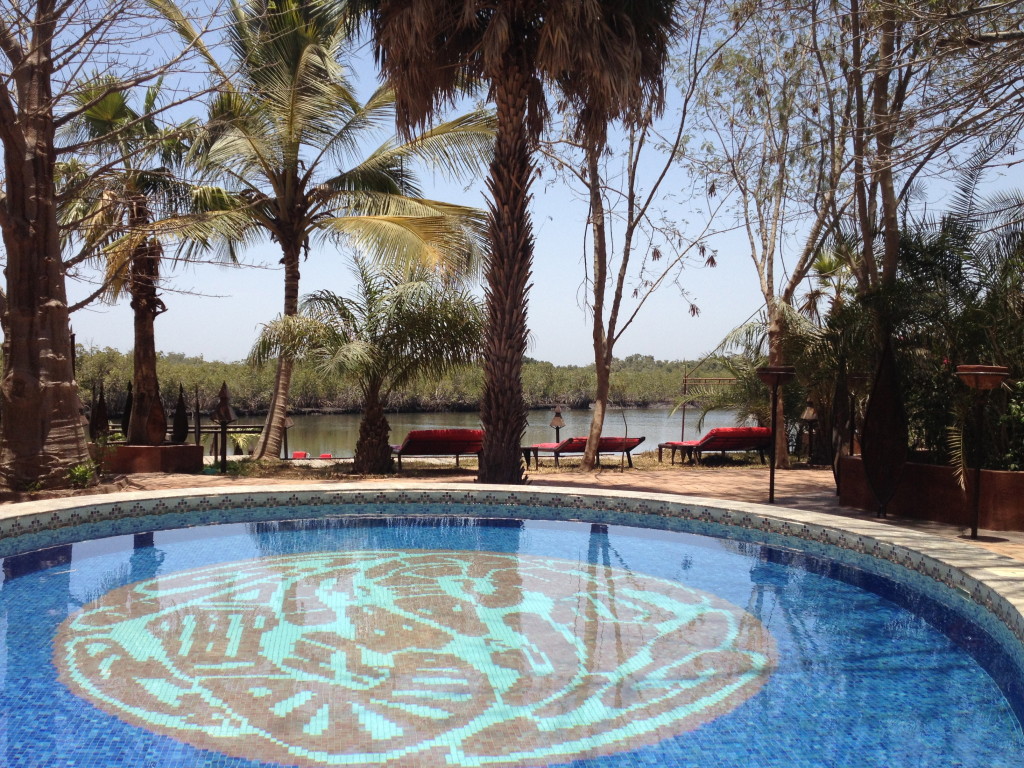 The bathroom was a little bit frightening. It was an open-air facility attached to the back of the lodge and I wasn’t sure if the shoulder height wooden slats were providing quite enough privacy – there was at least one pervy iguana watching me shower. The toilet was a Swedish compost contraption, which (thankfully) worked better than I would have guessed and, as I dutifully bought all my toiletries back inside the lodge each evening, I didn’t return to find a baboon on my bog on any occasion. (More’s the pity really.)

The Mandina Lodges are an upmarket retreat in the Makasutu Reserve of The Gambia. 3kms from the nearest main road, the resort lies on a tributary of the sleepy River Gambia, where the baboons and birds outnumber the guests about a million to one.

The service here is exceptionally personal; the chef will find you during the day to note your evening meal request, during dinner staff borrow your keys to debug the room and set up your protective nets, and before you retire each night the waiter checks what time you would like your morning tea.

Morning tea became one of my favourite rituals at Mandina Lodges. I’d emerge from my peaceful slumber and peek through the curtains to see a warm flask and tea bags waiting on the private terrace outside.

Sitting in a high backed chair suitable for a tribal King or Queen, I’d sip my tea and watch the river come to life.

A heron was particularly fond of my veranda and would hang out near the bedroom doors, a tabby cat liked to sit in the shade of my seat.

Sometimes fisherman on their way to work would punt by in dugouts made of Mahogany trees.

One morning our housekeeper and her family passed in brightly coloured clothing, waving and smiling to us on the riverbank. I was told the staff had a day off to attend a funeral. They didn’t seem too upset about it but perhaps that was because this was the second time the deceased had died, last time he woke up half way through the ceremony. (True story!) 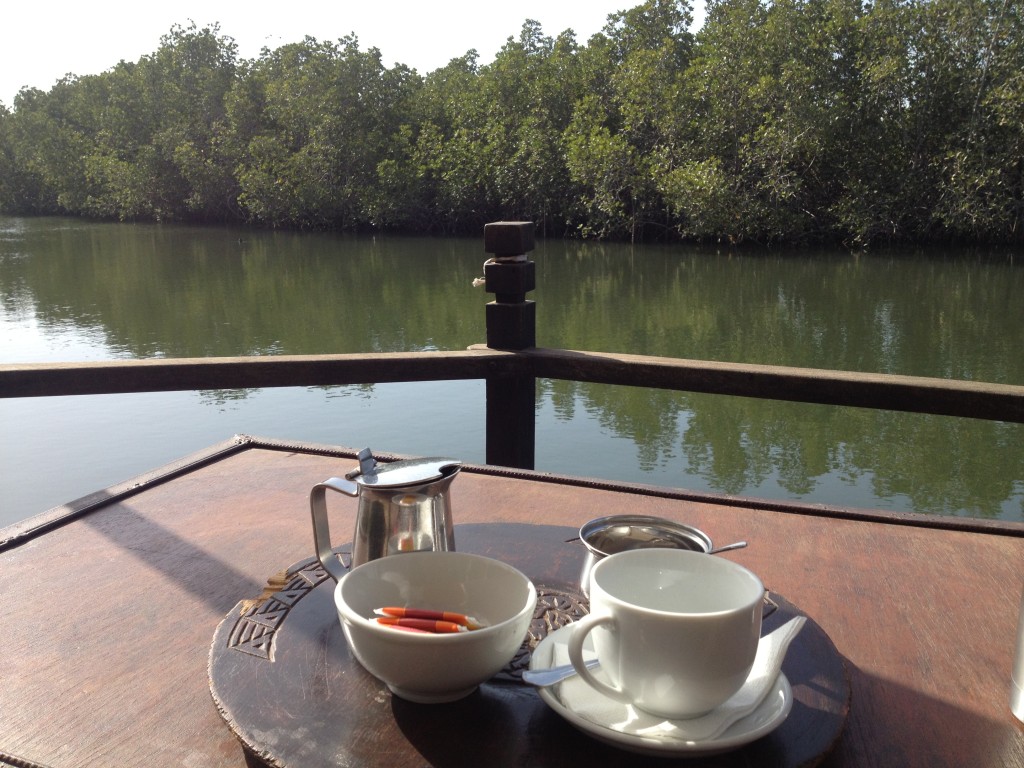 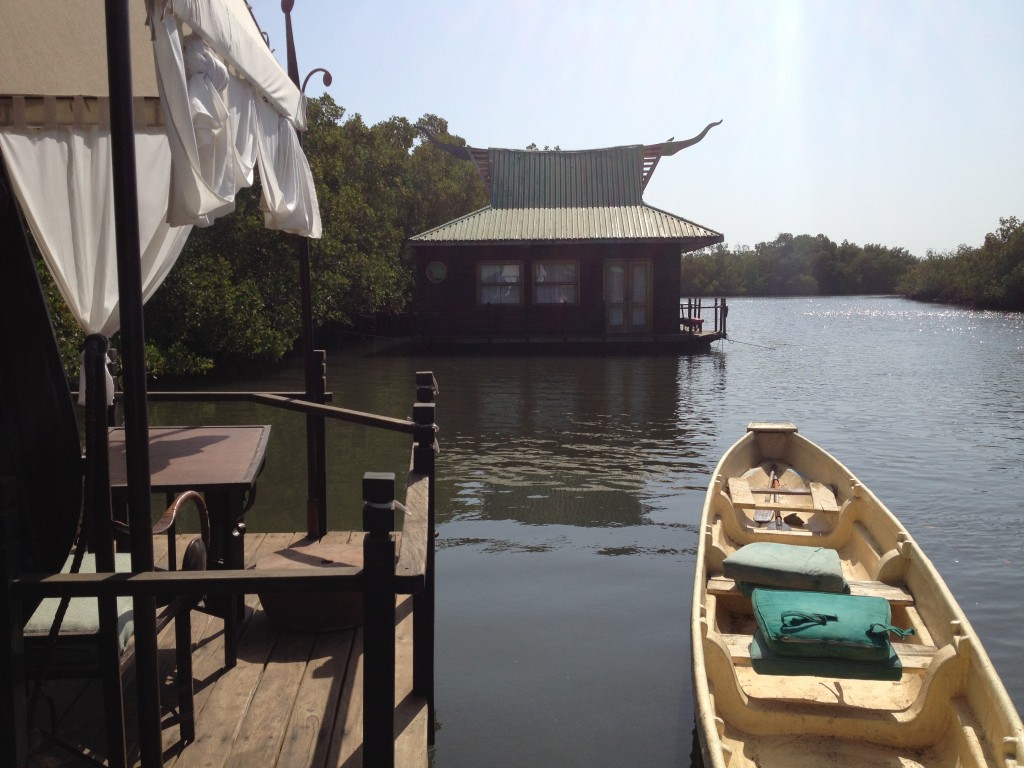 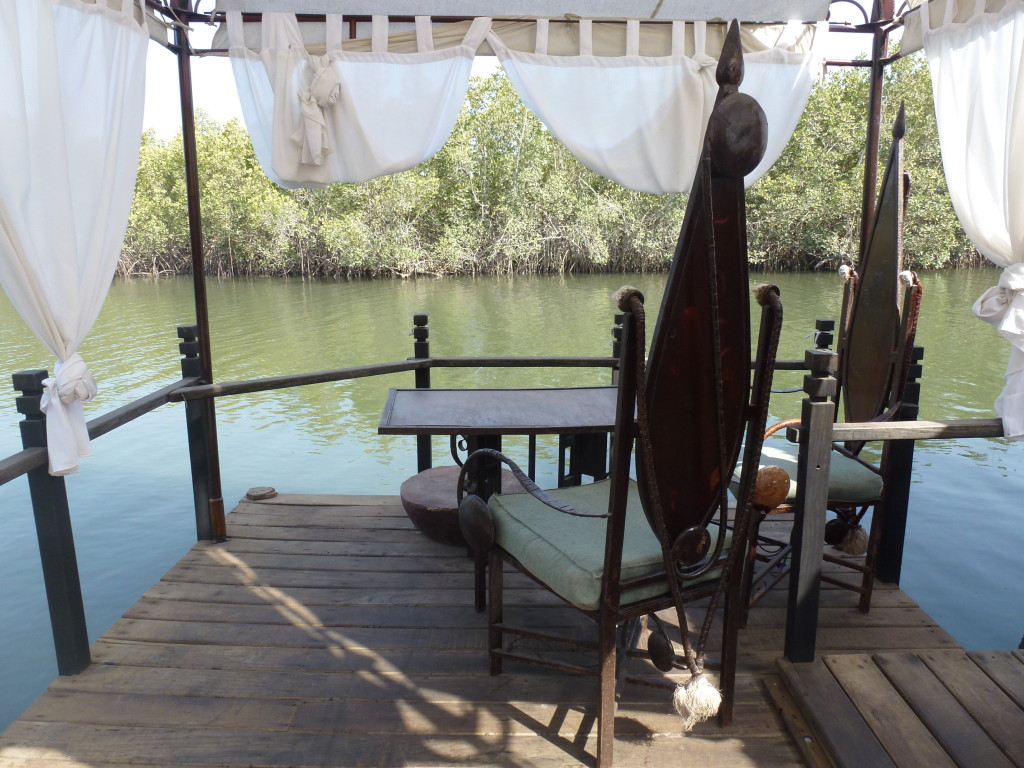 The resort offers all guests a complimentary guide who is there to help you navigate the local area and get the most out of your time at the reserve.

Mamadi, our assigned guide, was forever ready to go out of his way to ensure we were content – “Your happiness is my concern,” was his catchphrase. When we decided to take a boat trip to the next village, Mamadi rowed the canoe right up to our lodges; I guess it was his take on door-to-door service. 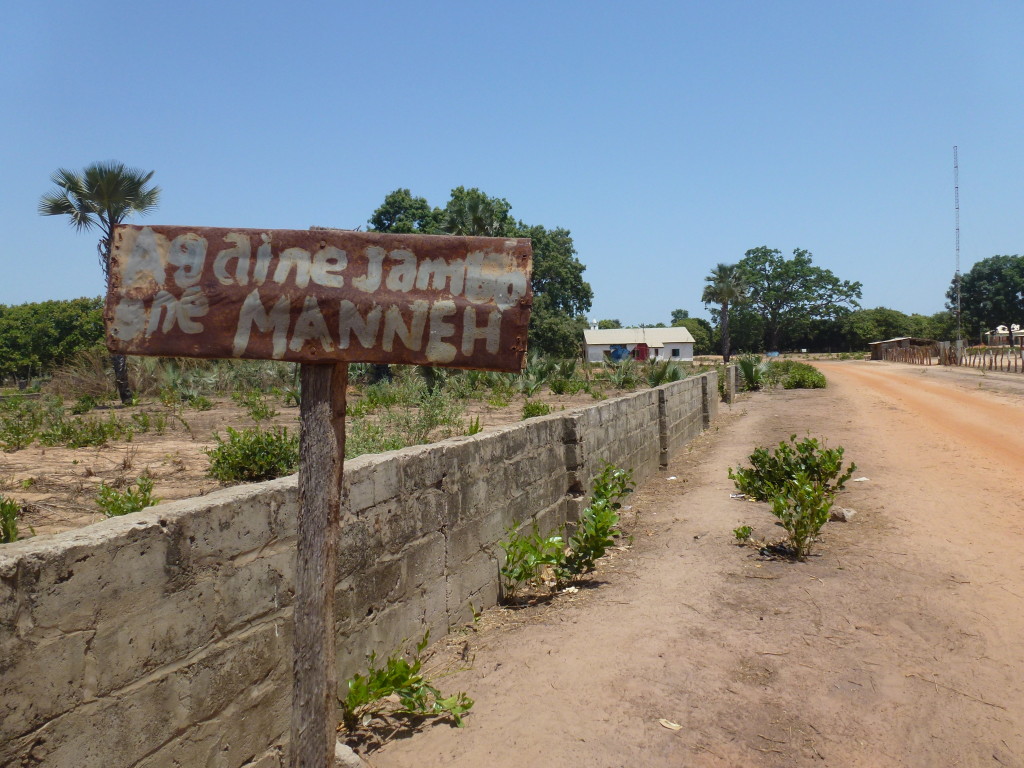 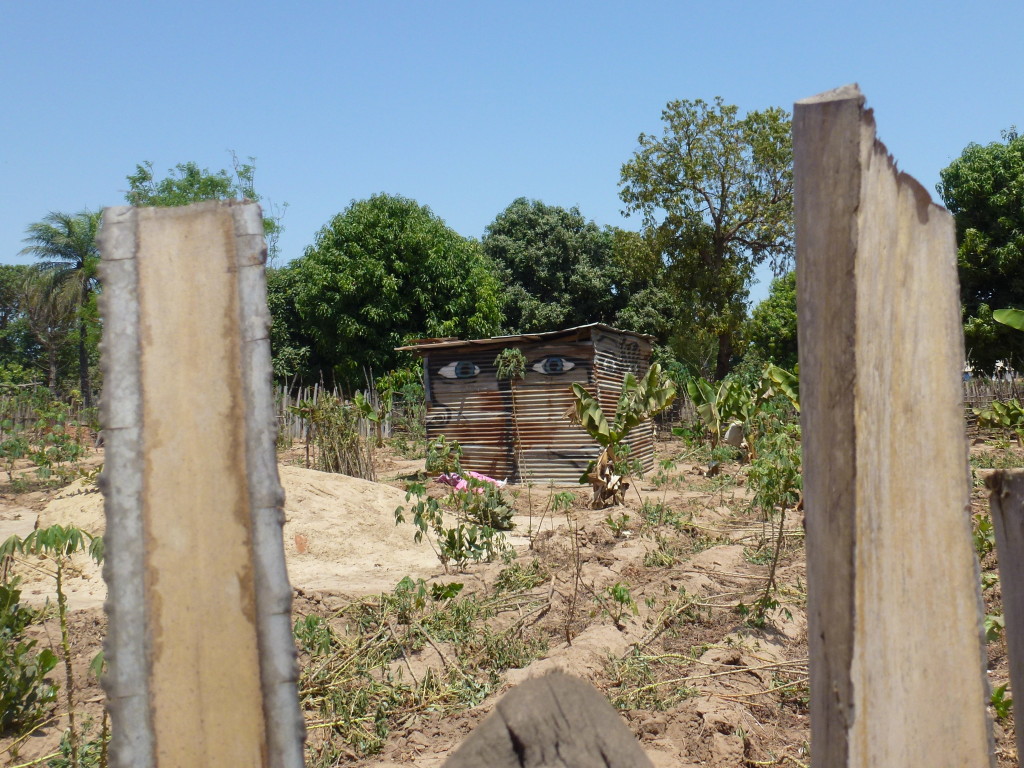 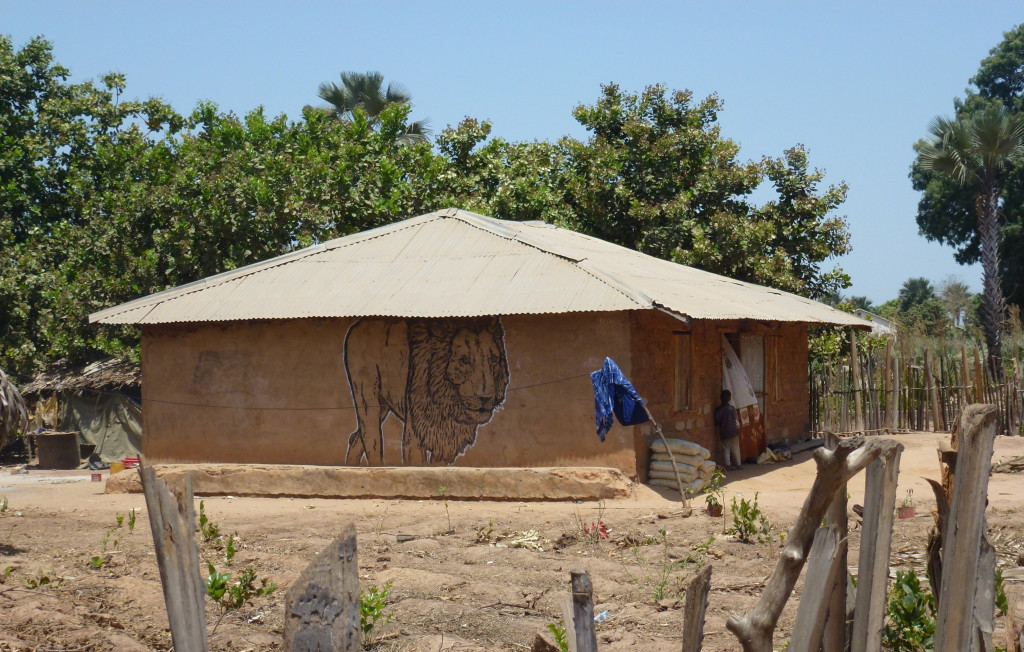 We’d travelled to the next village of Kubuneh to view some of the wall art the owner of Mandina had set up as part of the Wide Open Walls project.  But as we walked along the dusty main road wondering where all the people were, the sound of children chanting reached our ears. We must have passed no more than 5 compounds (the mud walled buildings several generations of a Gambian family call home) but coming from a small classroom we could hear at least 20 young voices. Myself and Jai, who I travelled with on this trip, looked at Mamadi expectantly.

“Could we?” we silently begged him.

“One minute,” he said and strode over to what we could now see was a small Islamic School. Mamadi stuck his head through the classroom doorway and exchanged some words with the teacher.

“Come,” he beckoned to us. Suddenly shy, we apprehensively stepped into the basic room. The children continued obediently with their recital until they had completed their work, after which they stood poker straight, in silence, watching their guests. The teacher, meanwhile, was gushing to Mamadi, holding his hands and smiling at us.

“He says he is so happy we have come here today. Most visitors only stop at the Christian school opposite. He is honoured to have us in his classroom.”

Feeling a little emotional at his display of emotions, I began to well up. We all bowed and nodded at each other awkwardly for a while and then, not wanting to cause any further disruption, we left, leaving behind a small donation as a way of saying thanks. 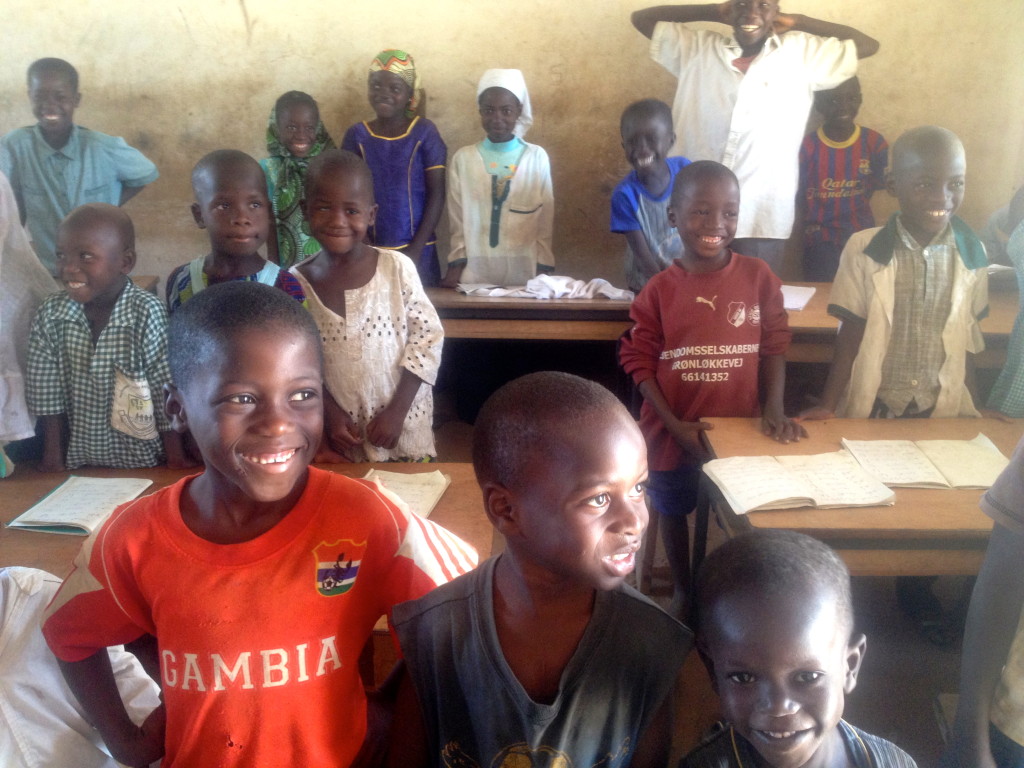 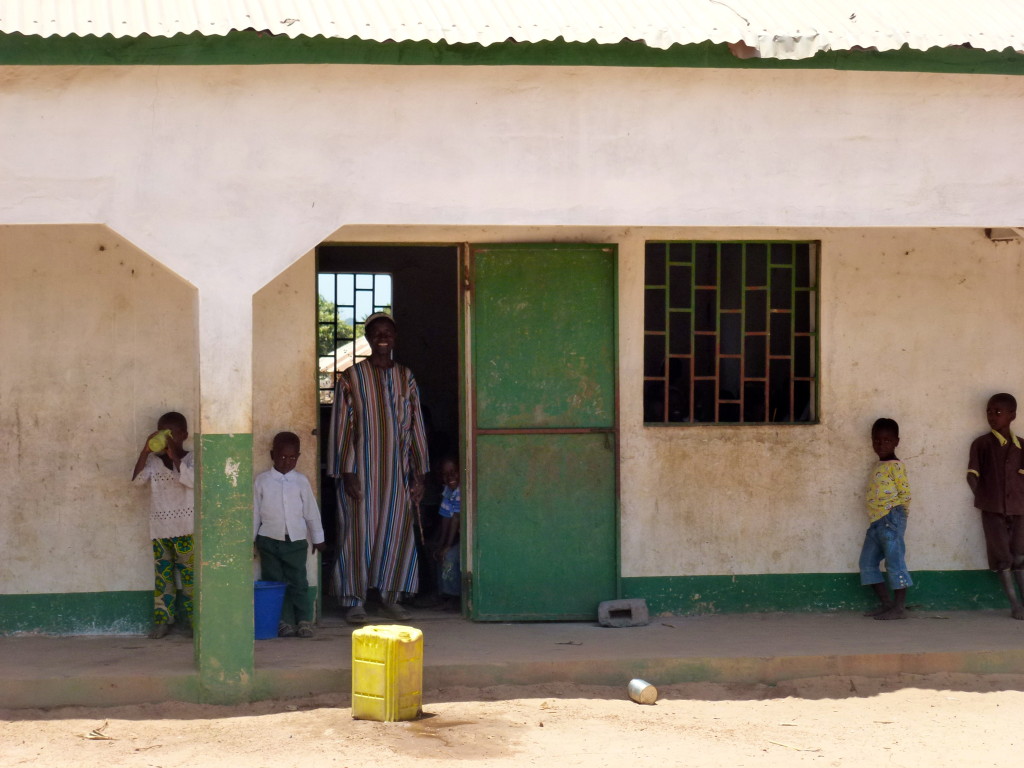 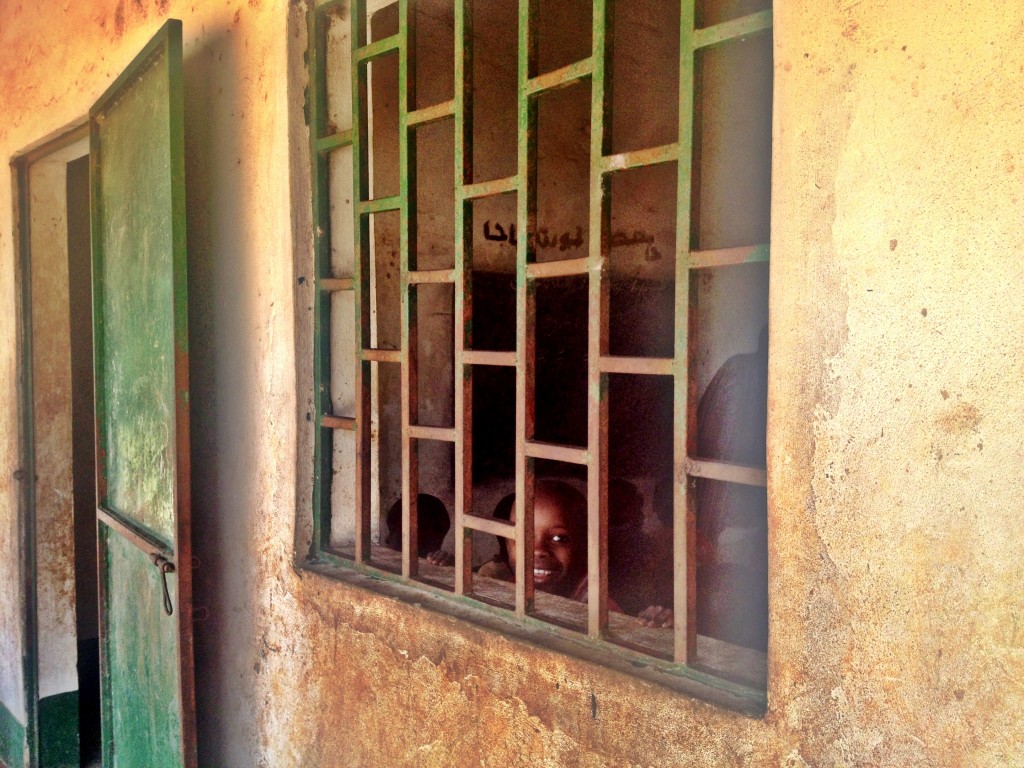 That evening Mamadi took us out on the boat again, this time to watch the sunset on the River Gambia and its native birds take to their beds.

The Gambia is a well-known bird watcher’s paradise, said to house over 560 different species, and on that boat cruise it seemed we watched most of them come home to roost for the evening.

Mamadi parked the boat up in a position that meant we could watch both the sun set into the river and birds swoop into the one tree they had earmarked as home (and discoloured with all their poop). They squawked and flapped as they got into position on the branches, ‘fighting over the blanket’, as Mamadi called it. 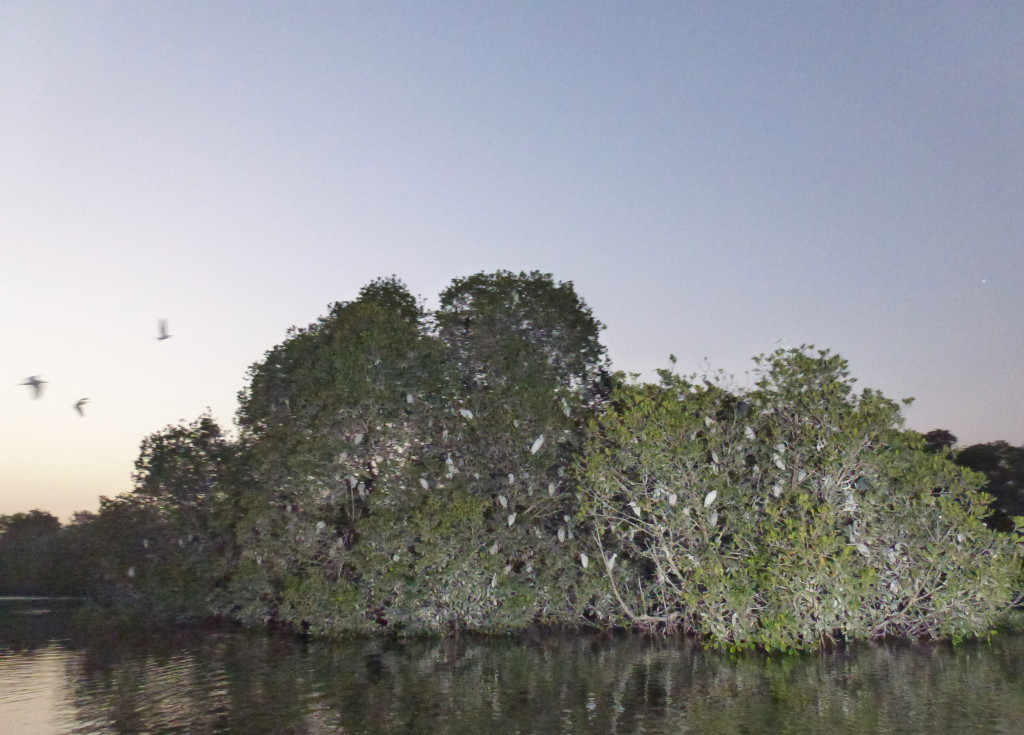 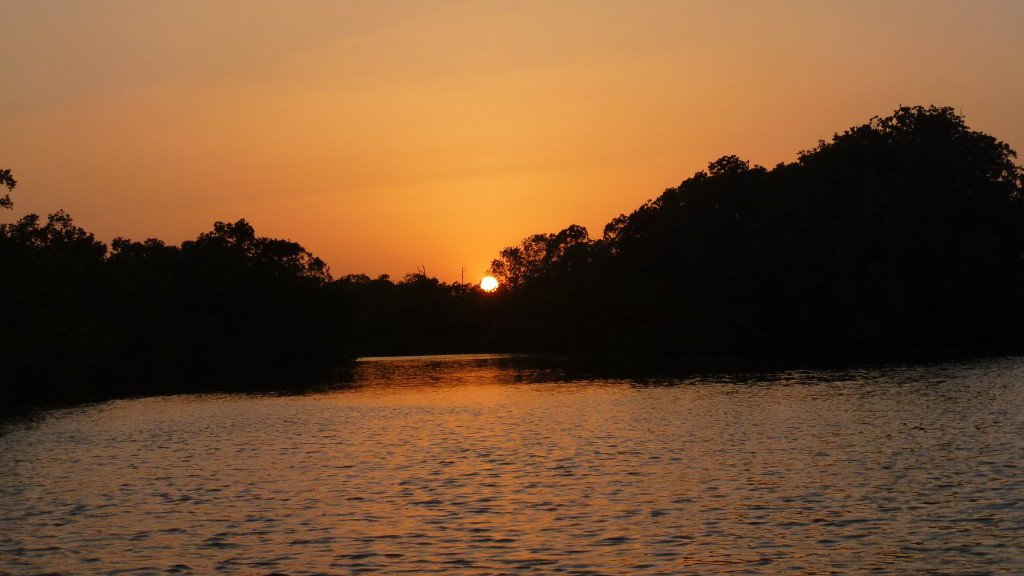 So I was starting to feel like nature perhaps wasn’t my enemy after all. That I could stay in a remote jungle lodge and be totally cool about it. (Jai didn’t fare so well on the sleeping front, having found a bat hell bent on circling her bed on the first night we arrived. Luckily staff came to the rescue with a stick and a sheet and it was sent back outside, several hours later.)

Then we made friends with a group of tree surgeons who were also staying at the lodge. The group of 8 guys were there to assess the practicality of opening a zip wire or suspended canopy walk in the area. (Wouldn’t that be fun!)

They’d been climbing various enormous trees in the Gambian heat and assured us it was an easy thing we could try to do too. Apparently it was ‘as easy as climbing a ladder’. Except it wasn’t AT ALL. I had foolishly believed that climbing a tree involved you having some interaction with the tree, or indeed anything that can support your body weight, aside from yourself. As it turns out these guys scuttle up trees everyday using only a single rope and their considerable strength. By the time I had figured out the technique I was supposed to be using to climb higher up this rope suspended in mid air, I was completely knackered. Just standing upright took every ounce of strength I had, my body convulsed in revulsion. After almost an hour attempting to climb an incredibly high tree I ended up no higher than a small bush, and even then it was because two local men rustled out of the undergrowth and gave my unsightly harnessed ass a shove towards the sky.

Embarrassment aside, the Mandina Lodges are my kind of retreat. The resort offers an alternative to a Gambian beach holiday and an introduction to local Gambian villages. The serene location is balanced with an array of activities that bring you closer to nature, and the elegant accommodation seamlessly blends home comforts with the jungle surroundings. I learnt that I could comfortably sleep over a river, but that I have no chance of ever getting up a tree. Not without that ladder the guys promised anyway.

I travelled as guest of Gambia Experience who are experts at arranging holidays in The Gambia.

Getting up close with crocodiles at Kachikally Pool The Gambia 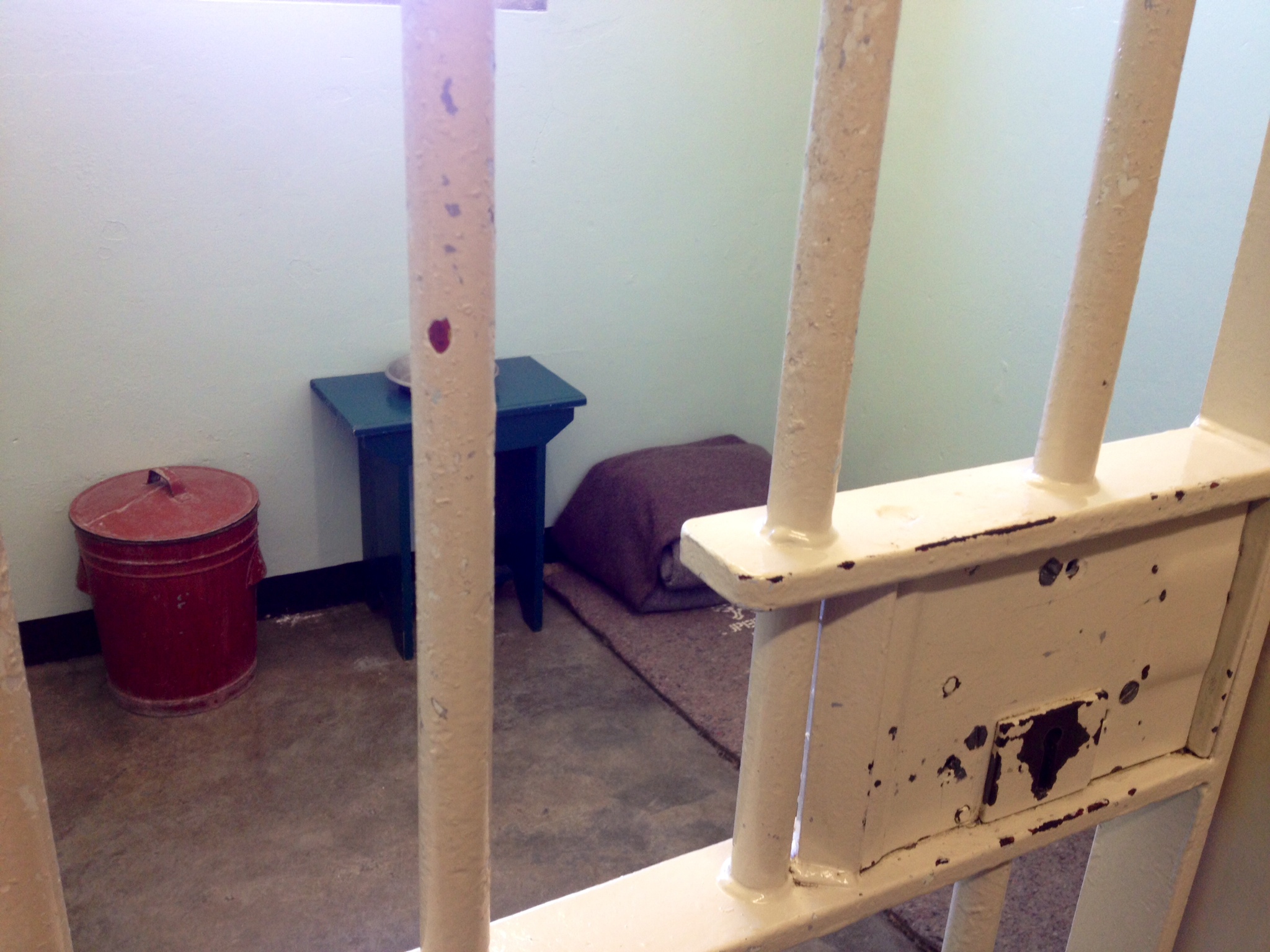 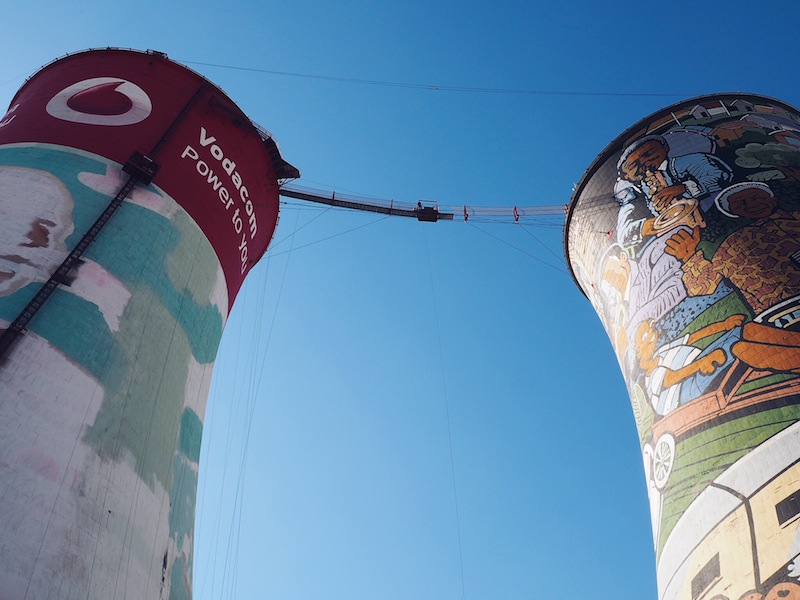 The First-Timer’s Guide To Johannesburg 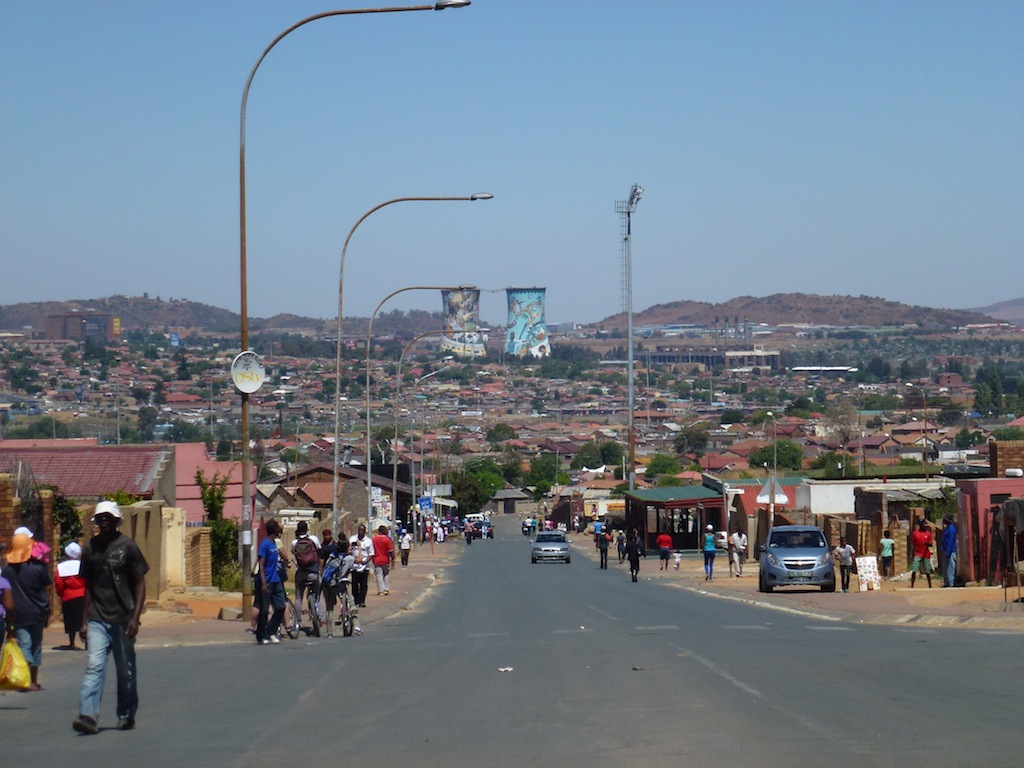