Such A Fun Age: Life With A 14-Month-Old Baby

I feel like by just daring to write how much I’m enjoying life with a 14-month-old baby I’m going to invite a pox (of the chicken or teething variety!) upon us. But I’m really enjoying the age that Miles is right now, so thought I’d share a little update on how I’m finding things as a first-time, working-from-home mum.

At the moment we’re in a lovely phase where Miles is more independent but not quite opinionated. He’s on the cusp of walking but can’t yet run away. More and more he communicates verbally instead of crying, he’s getting more interactive by the minute, and he feeds himself at most meal times leaving my hands free to feed me!

Is this how toddlers dupe you, I wonder? Do they give you periods where they are absolutely angelic, so you have some memories of why you love them to cling to in the middle of public melt-downs? Am I enjoying the metaphoric calm before the storm? Are said meltdowns just over the horizon?

Regardless of what might be to come, I wanted to get down in writing how I feel right now, with some surprises and struggles included.

We’ve come through the more difficult stages of weaning and he can self-feed, munching on things off a restaurant menu and content to sit through family meals as long as the snacks keep coming.

Click here to find my fave equipment for weaning

He can play independently and, now that the house is child-proofed, fairly safely without constant intervention from me. (These magnetic child locks are the business.)

He loves books and music; he sings while he reads and wakes up singing. The first thing I hear in the morning are his dulcet tones over the baby monitor as he mis-sings The Wiggles, and it’s so sweet I just want to run in and join him.

He adores dogs and diggers and a walk (or book) where he spots both leaves him grinning. He has his own little language and understands a surprisingly amount of what you say. He’s an excellent mimic. Anytime I ask google for the weather or a timer he’ll stomp around the house chanting ‘Hey GoGo’.

He touches his nose, wiggles his toes and stretches his arms to ‘grow, grow, grow’. (He got that from this book.) He waves his hand in front of his wrinkled nose when I ask if his nappy needs changing. (I don’t know how this started but it’s a thing now apparently.)

He’s been confidently cruising for months but only stands on his own or takes a few steps when he’s not thinking about it. He’ll happily plod along holding my hand; it feels like any day now he won’t need it.

He’s as mischievous as a puppy. If I miss a morsel of food that was flung at mealtimes he’ll find it later and happily chew on it. If I make moves to get it off him he’ll scarper under the table and hide in a corner he knows I can’t get to. He’ll bolt like a greyhound if someone leaves the stair gate open – he doesn’t even have to see it; he just hears that it’s not locked properly and makes a dash for it.

He’ll rather strongly grab your hand when he wants to you to get him something. It took me all of winter to get him to keep a hat on.

The food throwing, to be honest, is my biggest challenge. He’s a pretty good eater but if he’s full or just doesn’t fancy what I’m offering the food ends up on the carpet. There’s only so many times you can calmly say ‘food stays on the tray’ without wanting to flip it. And dining out is a tiny bit precarious, the fear that other diners might get hit by food missiles is always at the back of my mind. It’s just a phase though isn’t it. ISN’T IT?!

He’s really into his sleep though, which he must get from me. We have a regular routine of 2 naps and bedtime at 7pm, but if he wants to go down early he’ll blow goodnight kisses from the bottom of the stairs to let me know he’s ready. He excitedly climbs up the stairs chanting ‘bed, bed, bed’ (or his version of it) and often assumes his bum up, arms under sleeping position before I’ve even left the room.

On the occasions he’s not ready to shut his eyes immediately, we’ll leave him with a book, which he lies down and flicks through until he can no longer keep his lids open. (I sneak in a little later and covertly remove it to avoid him waking with pages imprinted on his cheek.)

We dropped the dream feed a bit later than recommended due to jet lag and illness, but it’s been a good few months now since he’s needed a night feed. (Excluding difficult nights due to teething or viruses.) I learned pretty quickly after becoming a parent never to take anything for granted (an uninterrupted night’s sleep is never a given in this game), but I do feel exceedingly lucky that the newborn days of sleep deprivation are long behind us. I expect a lot of things here would read very differently if we were struggling with sleep.

I’ve found myself enjoying things I never thought I’d bother with, let alone find pleasure in.  I set up different toys and games for him to discover when he wakes up, bake baby-friendly finger food and sometimes* venture to soft play. (* Read: make Justin take Miles at the weekend.)

We’re still stumbling our way through the odd parenting fail. Just this weekend I sent Miles to the car wash with Justin as I thought he’d enjoy it. He did not. He’ll probably be terrified of garages until he’s 10 now.

The most surprising thing for me though is how I’ve ended up staying at home with Miles. In all honestly, I always imagined he’d be in childcare by now. I’m not a particularly maternal person, I’m not artsy or crafty, I like my own company. Pre-baby me totally expected that I’d run out of steam after the first year, find myself frazzled by the constant juggle of working around his sleep, and desperate to get back more of the ‘old’ me, but actually I’m seeing things rather differently.

Every day, (well, ok, most days) I feel completely privileged that I get to stay at home with my kid and run my own little business around caring for him. My days are filled with cuddles and kisses, little jokes and games that belong to just me and him. I get to watch him make new discoveries, play with his senses, eat things he shouldn’t, throw things I wish he wouldn’t.

I feel really lucky that I get to do work that I love and spend so much time hanging out with my baby. I appreciate that not everyone has this option.

I also clean up shit, figuratively and literally, over and over again. My back aches from bending to pick up toys/food/the baby and the repetition of some days can be mind-numbing.

In fact, running around after a toddler all day (how hard is dressing them?!) is the most physically demanding job I’ve ever done, and my knees are really suffering. I’m stiff by the end of every day and am keen to get fitter to take better care of both him and me.

Miles is not always on good form and some days I find myself willing the clock to inch closer to 7pm. I live in fear of the day he drops down to 1 nap and my precious hours to wash/work/wee in peace disappear. Perhaps then the balance will tip, and I’ll find myself running to inspect the nearest nursery.

Staying on top of work is not always easy. I’m often at my laptop at evenings or weekends. I love what I do so don’t mind dedicating that time to it, the thing I struggle with most is quietening the voice that says I should be doing more of it. The guilt that I could/should be doing more writing, more pitching, making more money, is never far from my mind. But equally are the thoughts that I should be doing more things with Miles, more exercise, more cooking….

I’m not sure I believe that working mums and dads can have/do it all. I’m learning to be happy with doing just enough!

So that’s an epic update on where I’m at right now. What age or ages have you most enjoyed with your children?

My Daily Blogging Routine With A 1-Year-Old Baby 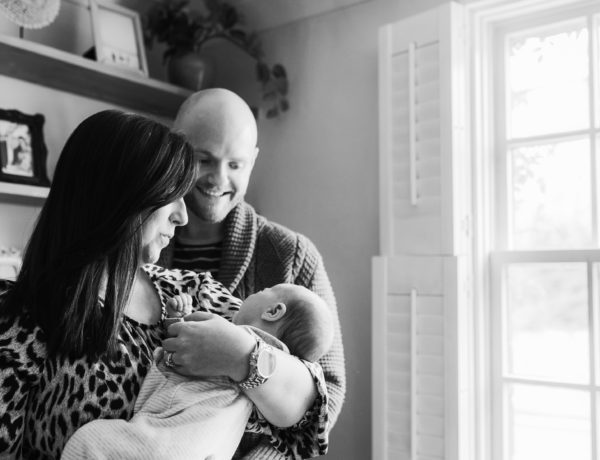 Newborn Essentials: The Baby Items We Actually Use 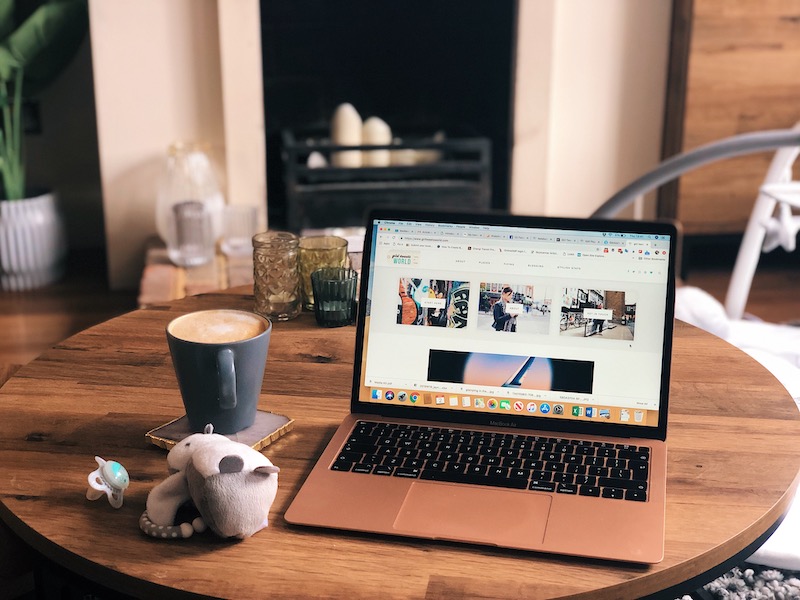 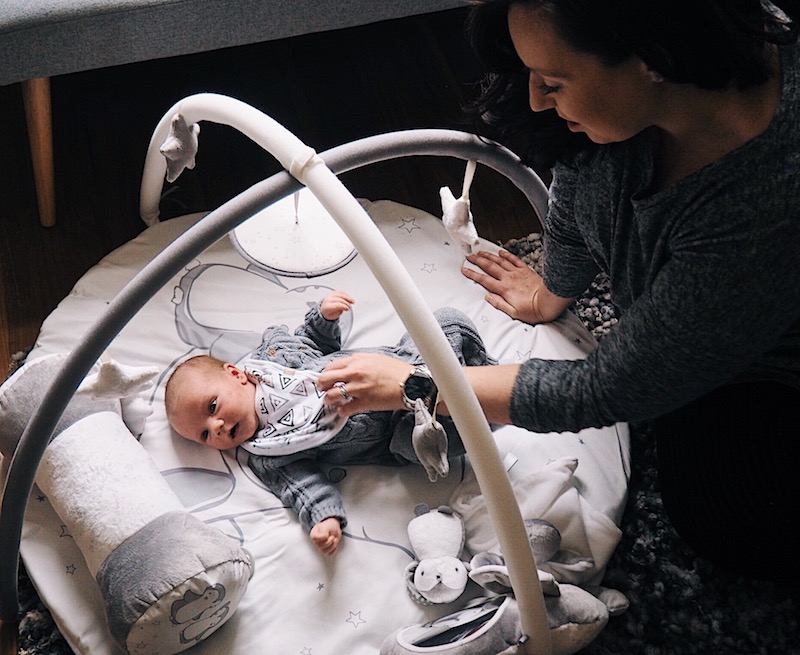