Tips For Cruising The South Pacific

There was a lot I didn’t know about cruising before our trip onboard the Carnival Legend but I picked up a few tips and tricks during our 10 days sailing the South Pacific that I’d like to share with you.

The cruise ship runs a cashless economy but you will need coinage for your time on shore. For our cruise to New Caledonia we changed our money into the local currency (CFP Franc) in Sydney before leaving. Australian dollars will also be accepted in most ports but the locals are, of course, at liberty to make up their own exchange rate and often return your change in the local currency. We found it much easier to pay in the local currency and not worry about the exchange rate. Items you may need money for include: local buses and taxis, onshore food and drinks, kayak or snorkel hire, hair braiding, massages and ice cream! 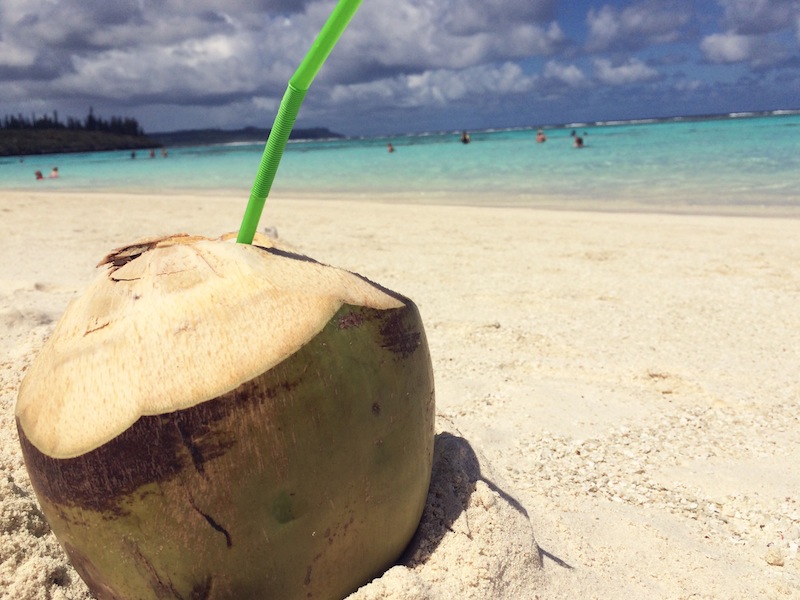 Some of the ports we sailed to didn’t have the facilities, or piers large enough, for the ship to dock in the harbour. Tender boats were therefore used to ferry passengers to shore. If you book a Shore Excursion through the ship you will be able to board a tender to shore before passengers who are going it alone. Some of our excursions required us to meet on board and we were escorted to a boat, whilst others had a set meeting point on the pier but gave us priority boarding for tenders. Be sure to read the details on your Shore Excursion ticket so you are in the right place at the right time. 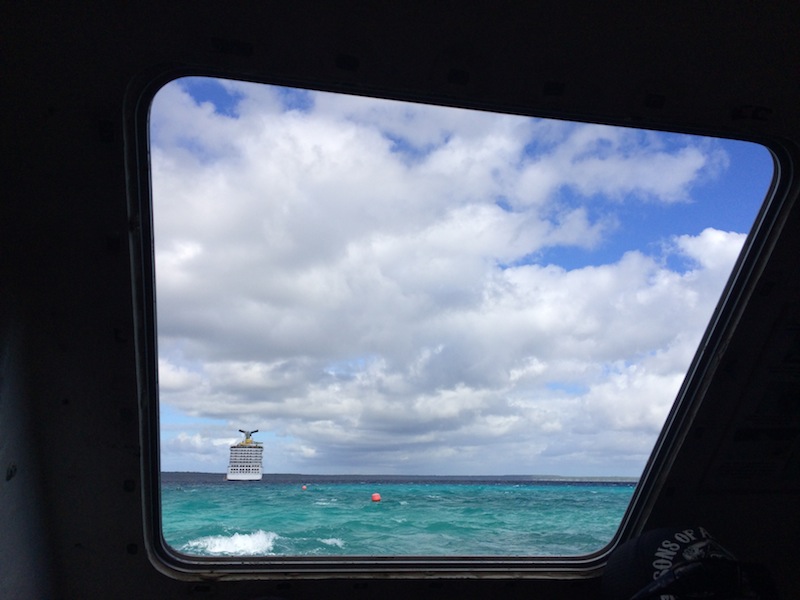 Taking a tender boat from the cruise ship to shore

Most Shore Excursions only last a couple of hours so we found they were a great way to get to land and get acquainted with the destination, before exploring by ourselves in the afternoon.

The Carnival tender process was very well organised but there was often a long queue for boats first thing in the morning. If you don’t have a Shore Excursion booked it might be better to have a leisurely breakfast and head to shore once the morning rush is over.

There is no priority tender service for boats coming back to the ship. If the last tender was at 4pm, around 3pm seemed to be the peak hour for passengers wanting to return to ship. If you are relaxed about catching the last boat you’ll have less queuing time coming back just before 4pm.

One of our favourite Shore Excursions in New Caledonia was the Melanesian Encounter we booked in Lifou. The lovely Genevieve from Hnathalo Village met our group at the port and escorted us to her chief’s hut. She explained how there are 3 districts in Lifou, each with their own chief, and what the chief’s role was within the tribe. Inside his thatched hut, which is used to hold meetings akin to a Parliament, she explained about Melanesian customs and cuisine. Later, we sampled a traditional bougna meal which is cooked in the earth under hot coals. After tucking into the chicken, yam and banana dish, which was washed down with the juice from a fresh, young coconut, we had a little time to look at the village church before being driven back to port and left to our own devices for the afternoon. 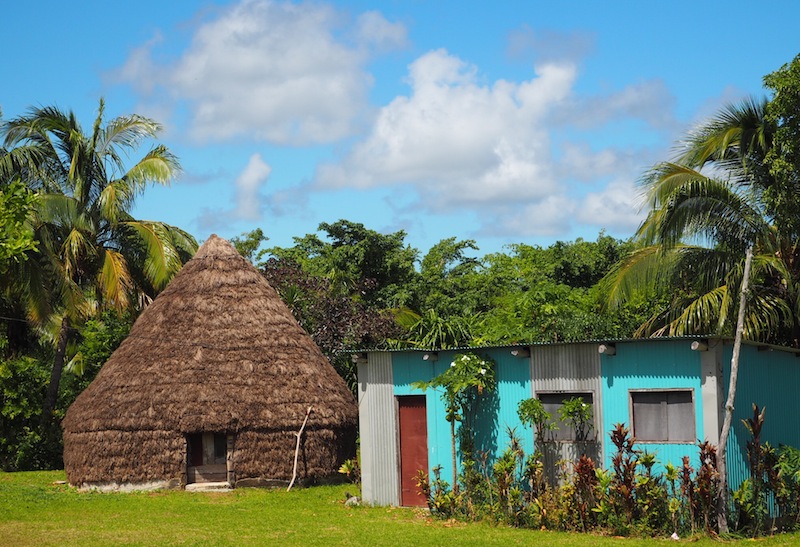 Note: The Melanesian Encounter via Carnival Cruises costs $59.99 per person. There are 4 tours per day in Lifou.

On port days I was really keen to clock up as many steps as possible, not just because I had eaten so much on the ship, but because it’s a great way to get to know a destination. Although we visited Noumea on a Sunday, when most of the shops and cafes are closed, by wandering around the old town we stumbled upon a flea market and some stunning street art. At Lifou there is an easy walk you can take to a church, which has panoramic views of the bay, and walking along the sands of Maré and Isle Of Pines was just dreamy. 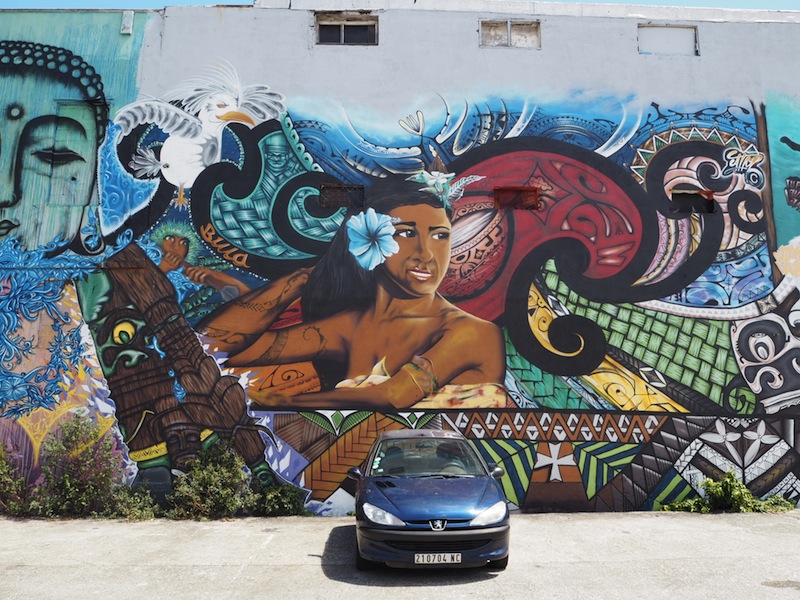 Street art we stumbled upon in Noumea

Everywhere I go I like to try the local beer and coffee so this was one of my priorities during our days on shore. The Melanesian coffee turned out to be a little strong for my liking but I loved the New Caledonian Number 1 beer. (On sale for 300 CFP in Lifou or $4 in Mare. Fresh coconuts were also something you could buy on many of the beaches priced at around 300 CFP each). On Yejele Turquoise Beach the vendors would slice your coconut open with a blade before inserting a straw. Then if you took it back to them once the juice was finished and they would cut it open so you could eat the flesh. Yum. 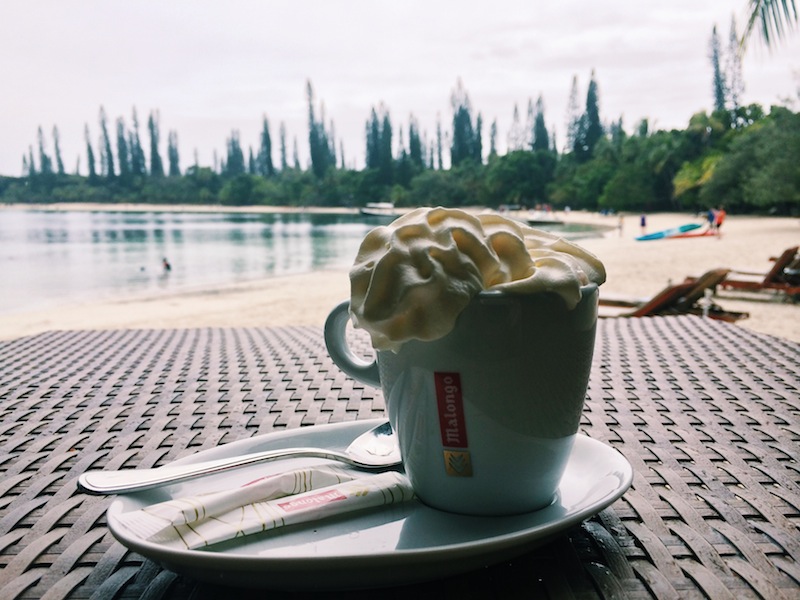 The islands in New Caledonia are surrounded by some of the world’s best reefs so make sure you have the equipment to make the most of them. At all but the Isle of Pines it was a little hard to get in the water without reef shoes due to the broken up coral, so make sure you bring some protection for your feet too. Snorkelling equipment can be hired on the boat (from $40) or purchased (from $90) but if you have your own it makes sense to bring it with you. 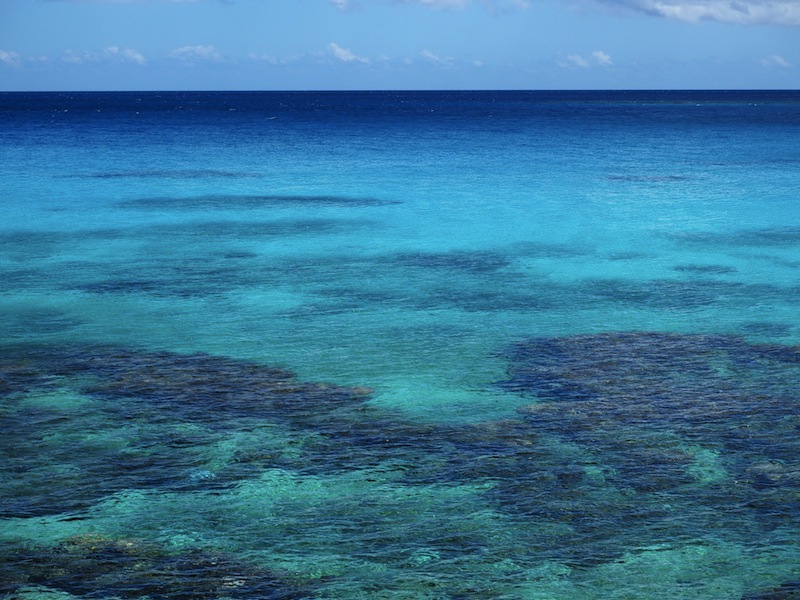 Also be aware that you will need to purchase a Marine Reserve Pass to snorkel in Jinek Bay in Lifou. Jinek Bay is home to one of the Pacific Islands most pristine marine ecologies with one of the world’s most diverse range of corals and more than 2000 species of marine life. The local community, in partnership with the cruise lines, want to protect the environment as much as possible which is why a limited Marine Pass has been introduced. Passes can be purchased on the ship but are limited to a 100 people per departure. It is also recommended that you wear a Rash vest or a eco-friendly sunscreen as studies have shown that chemicals in normal sunscreen cause infections in the coral.

Things to do in Noumea, New Caledonia

Diary of a day onboard the Carnival Legend 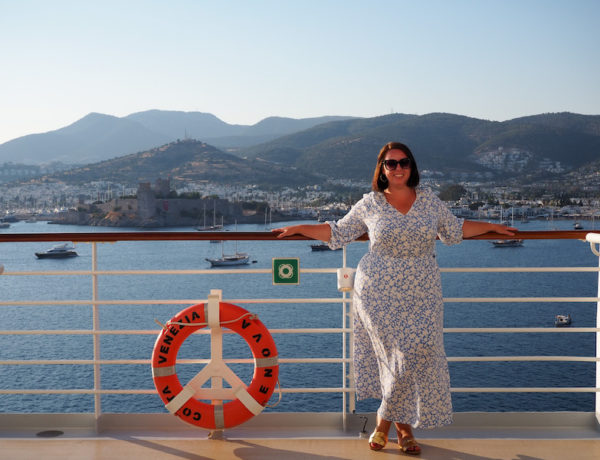 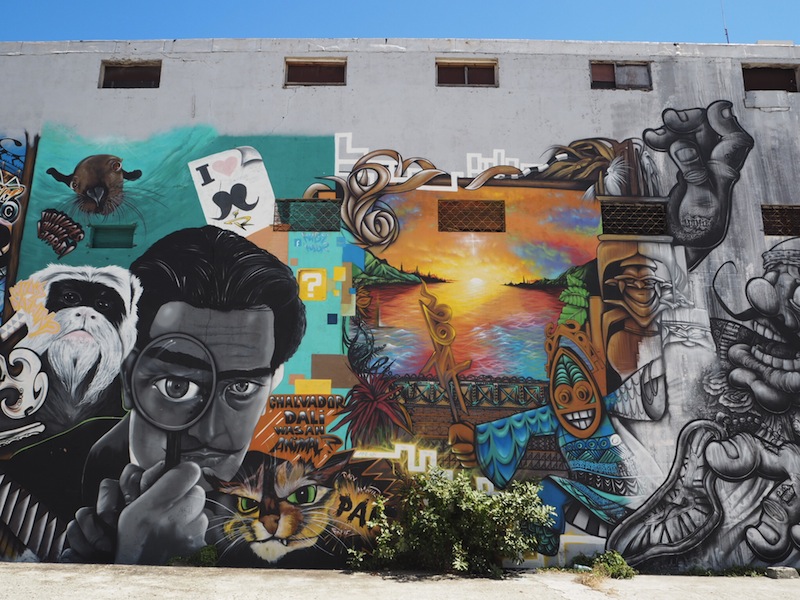 7 Things To Do In Noumea, New Caledonia 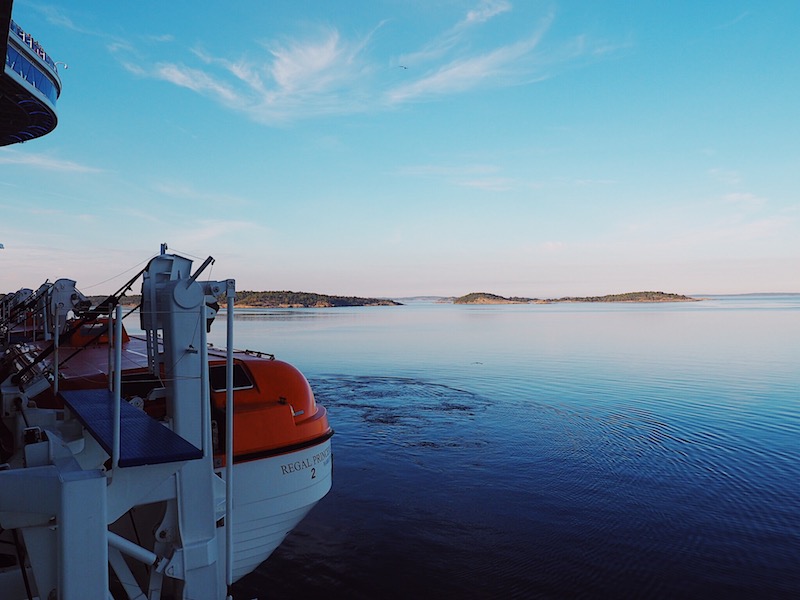