I tucked my legs to my chest to shield my lady bits, and ducked all the way down so that just my chin and above was out of the water. Snow fell lightly on the rocks surrounding the hot spring, and it was beautiful, truly magical, but, oh my goodness, did it feel like my blood was boiling.

The typical temperature of a Japanese onsen (or hot spring bathhouse) is 40 degrees Celsius and for this reason, I was to learn, you’re supposed to take it easy. More professional onsen goers might splash the hot water on their body before getting in, so it’s not quite so much a shock to the system. They’d take things slow, submerging their body bit by bit and then raising themselves out of the water, sitting on the side if necessary, in order to regulate their body temperature.

Not me. This was my first visit to a Japanese bathhouse and, being unfamiliar with getting naked with strangers, I’d practically run from the washing area to the outdoor onsen. I dropped straight down into the water, partly because it was winter and I thought my bits would freeze off, and partly because I didn’t want the other bathers to bear witness to said bits and bobs.

I had the pool to myself for the first few minutes and it was blissful. I splashed about a little, watching the snow fall and working out what position would best protect my modesty should other bathers join me in the clear waters.

One by one, a handful of other guests entered the pool. First came a young mum and her daughter who were so comfortable in their nudity it made me feel foolish. They sat at one side of the pool, me the other, and we carefully avoided eye contact so as not to make things uncomfortable. 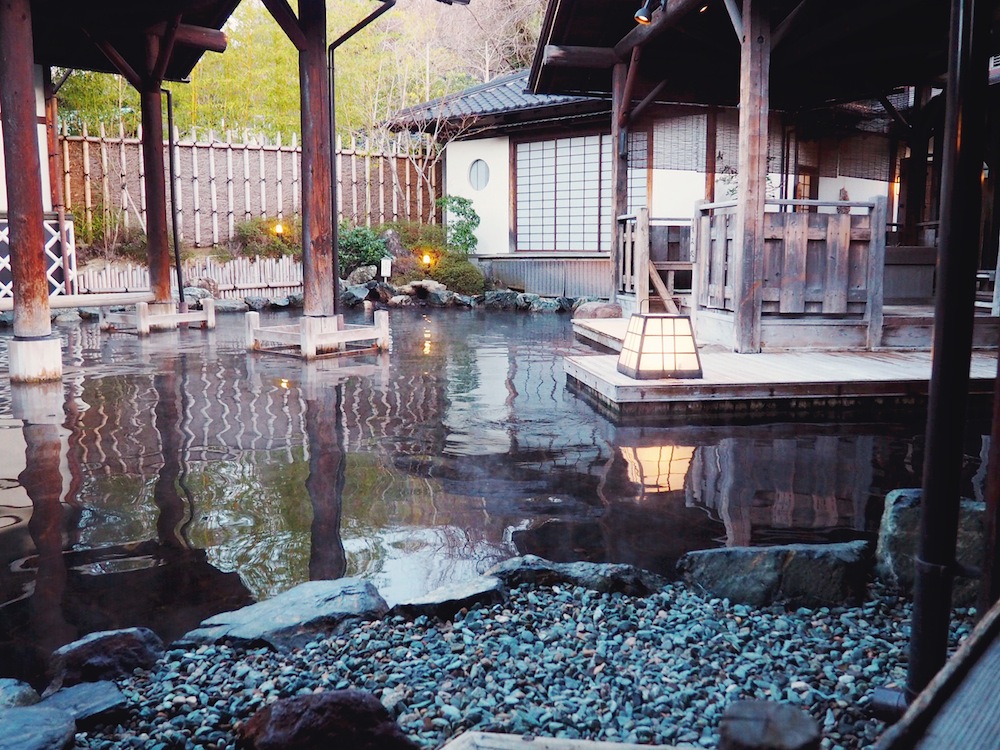 By this point I had been in the water for perhaps 10 minutes. Although the outside air temperature hovered around 0 degrees, my body temperature felt close to 100. I eased myself a little higher out of the water, exposing my arms and shoulders in a bid to cool my body, but it made no difference. My insides were cooking!

I knew I needed to get out but it seemed such a long way to the safety of the changing room and my neatly folded robe that lay within it. I’d need to stride from the outdoor pool in my starkers, parade in front of a window that the indoor bathers looked out of, then walk through that indoor pool to get to my human sized towel* in the changing area. To say I was reluctant to do so was an understatement.

* You’re only allowed to bring a teeny tiny towel into the onsen area. It’s not supposed to touch the water so you’ll often see it on people’s heads while they are bathing.

Eventually I could stand the heat no longer. I stood awkwardly and unfolded the small towel I’d been instructed to pop on my head while in the water. I held it in front of me and tried to work out if it was better to cover my left boob or the right one, because there was no way this small strip of material was going to cover both of them simultaneously.

In the end I covered neither, holding the towel low enough to cover my lady parts whilst I wrapped an arm across my chest, which did little but send my breasts in strange directions over the top of it. (There’s no use worrying about your bottom BTW, you’ll see a lot of them at the onsen.) With butt cheeks freely wobbling I strode towards the door, stopping for too short a time to let my body cool, before moving far too fast towards the safety of the changing room.

About halfway through this manoeuvre things started to get a little bit blurry. I was hotter than I’d ever felt in my life, my heart racing and vision getting blurry. I assumed this was normal, that I just needed to get back to my room and let my body temperature return to normal. Feeling a sense of urgency I hastily half-dried my body and wrapped my robe around myself. I headed towards the lift that would lead to my room, dreaming of taking a lie down and sipping a long glass of water.

The first thing I remember thinking when I came around was what an awkward position I’d chosen to sleep in. I’d been having a deep dream but decided to wake up as my neck was killing me. Weirdly though I could hear voices and I wasn’t sure why there would be other people in my room. I slowly sat up, my vision came into focus and then it all became clear. I hadn’t made it to my room. I was slumped on the floor of the lift, my head crunched upside down in the corner nearest the buttons.

The journalist I was travelling in Japan with was thankfully with me. She was crouched down next to me, encouraging me to take it slowly and not rush to get up, which was my first instinct. Coincidentally, as the doors of the lift had opened, and I’d half fallen out of them, our Japanese-speaking guide had been waiting on the other side. He rushed off to get me a cold glass of water while a young boy, who probably had quite the story to tell his family later, was kindly holding the lift button so the doors wouldn’t slam closed on my limp body.

Truthfully I felt much better after the black out. I was still volcanically hot but at least the dizziness and nausea had passed. I didn’t appear to have any injuries and, to be honest, my biggest concern was whether the hastily-tied robe had covered all the important bits when I’d fallen to the ground. (My companion insists I fainted most elegantly but she’s a sweet girl and would probably say that even if I’d gone legs akimbo!) I sipped the water that was offered and meekly shuffled to my room for a lie down. My travel buddies were super kind and made sure I was hydrated and cooled. (Japanese hotel rooms are rather hot – I had to fling all the windows and doors open and let in the winter air in order to feel normal).

So my first ever onsen experience came with a side of drama but I didn’t want this to be my lasting impression. I read up on all what you should do at an onsen and got straight back onto the horse a few days later. Thankfully no fainting or inappropriate flashing in lifts was involved in that story.

Have you been to an onsen? How was your first experience? 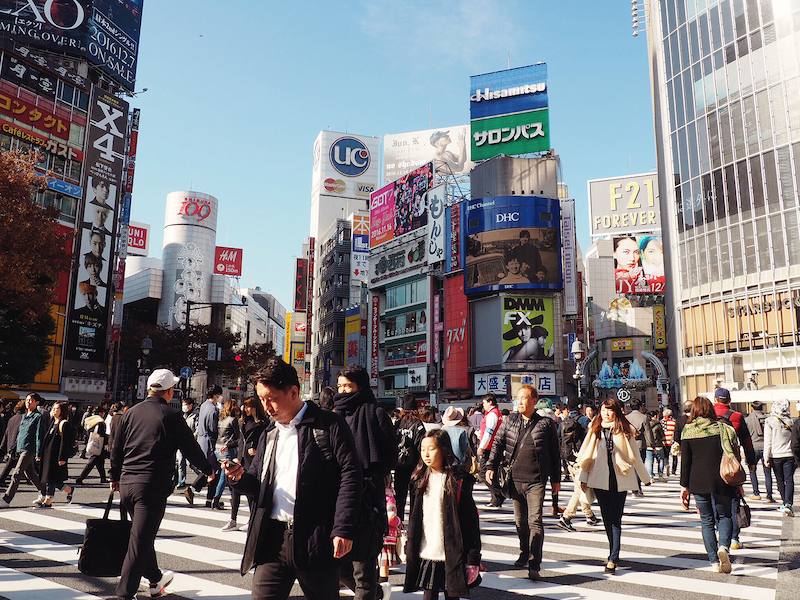 25 Epic Things To Do In Tokyo 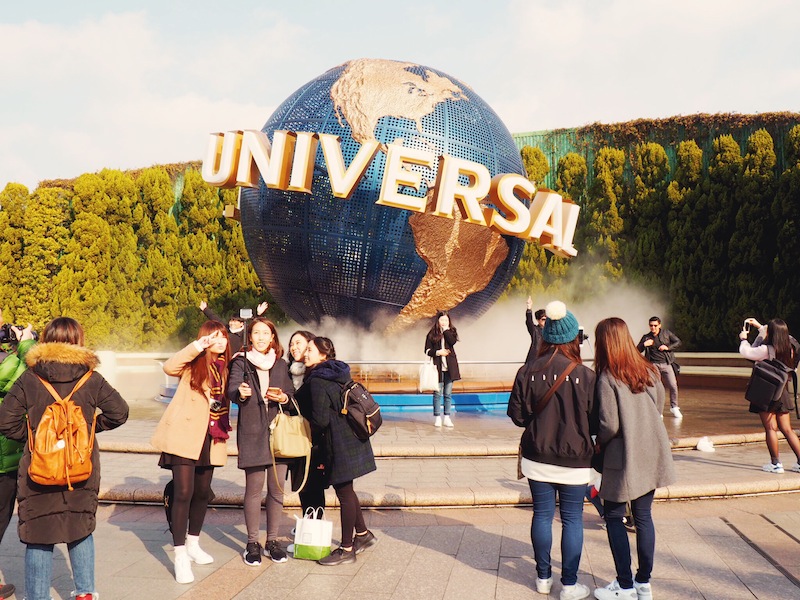 Why You Should Visit Universal Studios Japan In Osaka 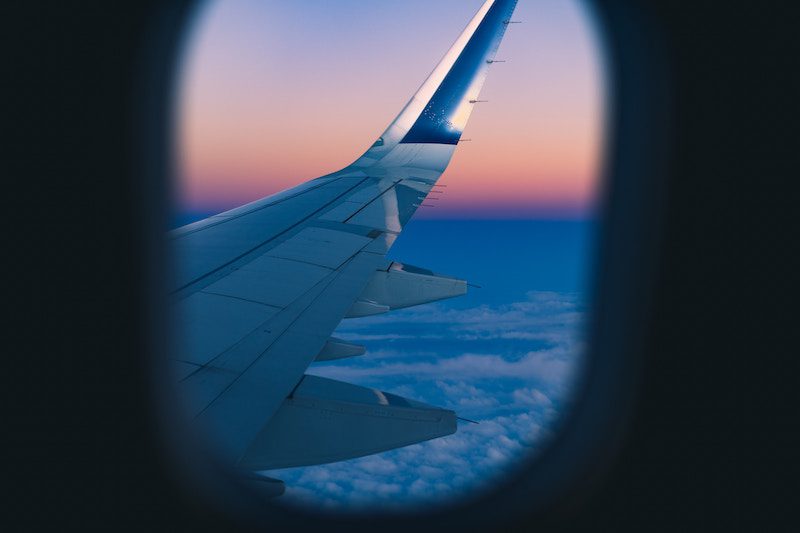