Like many first time visitors to Japan I was absolutely blown away by Japanese efficiency. Especially in Tokyo, where almost 14 million people live in an area of 2000km², it’s so incredible to see that everything just works. (I guess it kind of needs to.) A few times I came across inventions that went way beyond where we’re at in Oz or the UK – these are my favourite ways the Japanese have thought of everything. 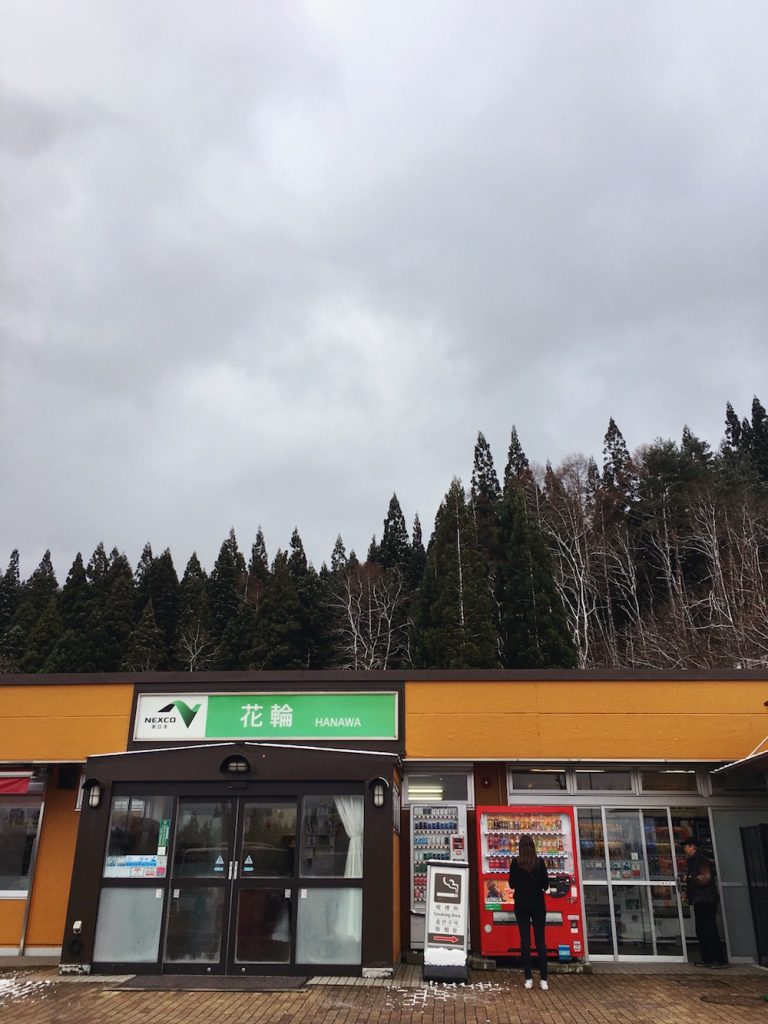 I think it goes without saying that when you stop at a service station in the middle of snow-capped mountains, where outdoor temperatures are -3 degrees Celsius, and find a heated toilet seat, that it is pure bliss. The bum-warming Toto Toilet is so ubiquitous in Japan that I only sat on 1 cold seat in 10 days and it was a major bummer! (Sorry, couldn’t resist.) 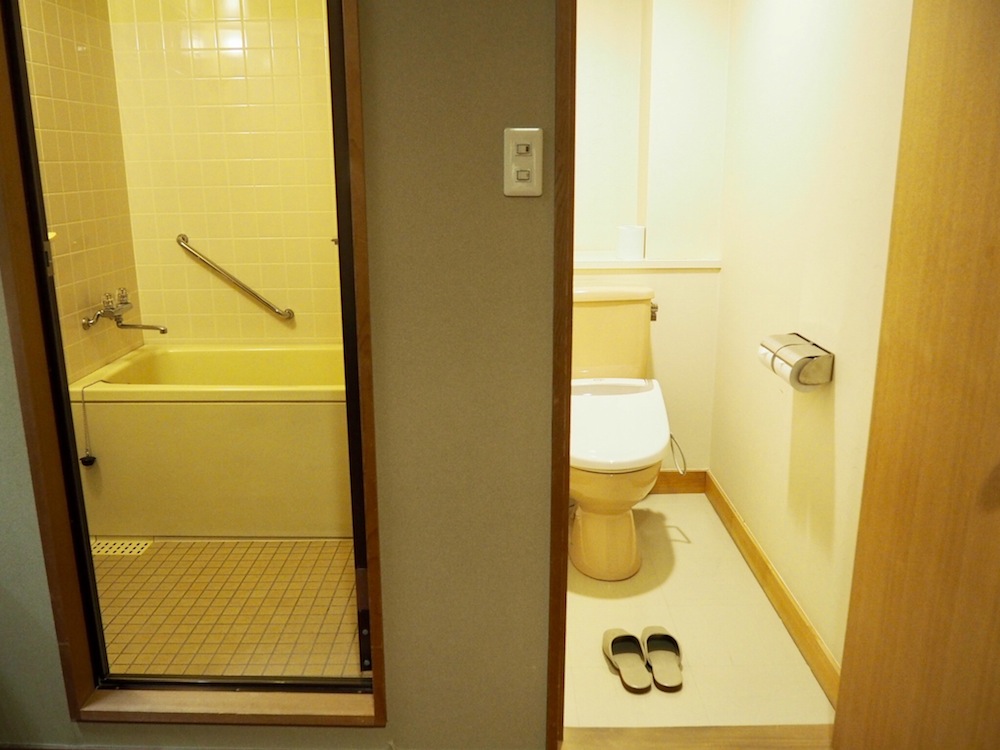 In traditional ryokan toilets have their own slippers too

The prude in me also loves the Japanese toilets that play a little tinkle or a noisy waterfall effect to cover the sounds of you toileting. (The gushing waterfall noises also help you go with the flow.) 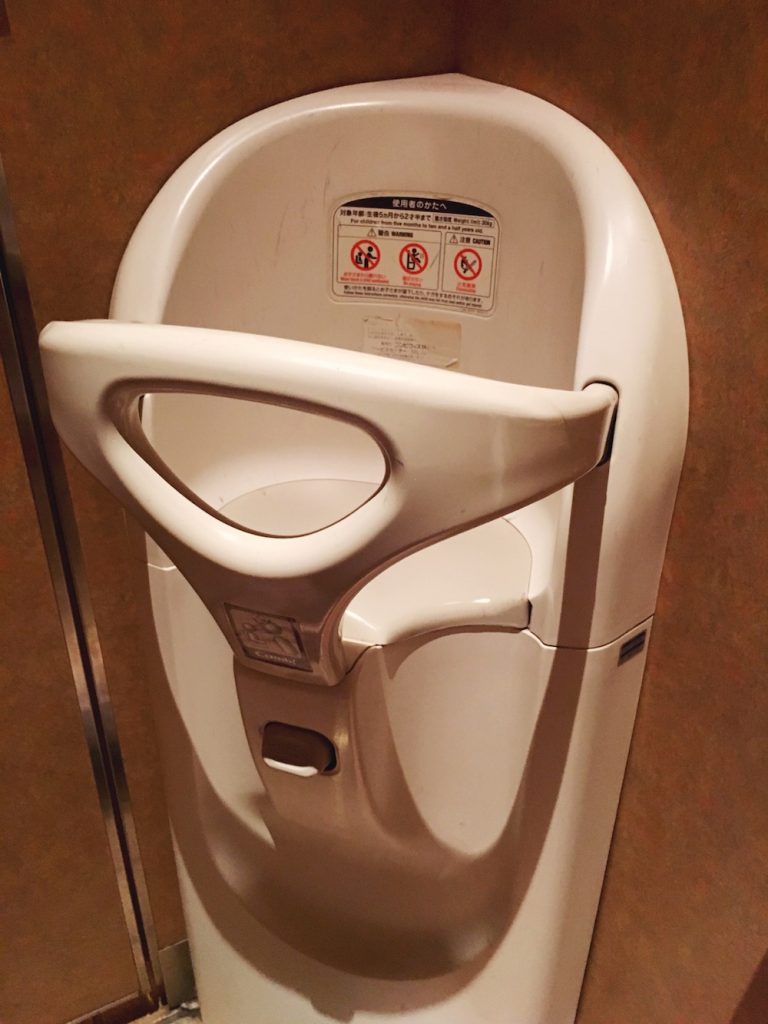 Seats for little ones inside the toilet cubicle is smart

Still on the subject of toilets (I’ll move on soon, I promise), I was super impressed with the cubicles I spotted in public loos that had baby seats in the corner. In shopping centres and theme parks especially, the Japanese have thought about the solo mummy and created a way to keep little ones safe whilst you see to your ablutions. I also spotted mini urinals for young boys in the ladies toilets and wanted to applaud the thoughtfulness. 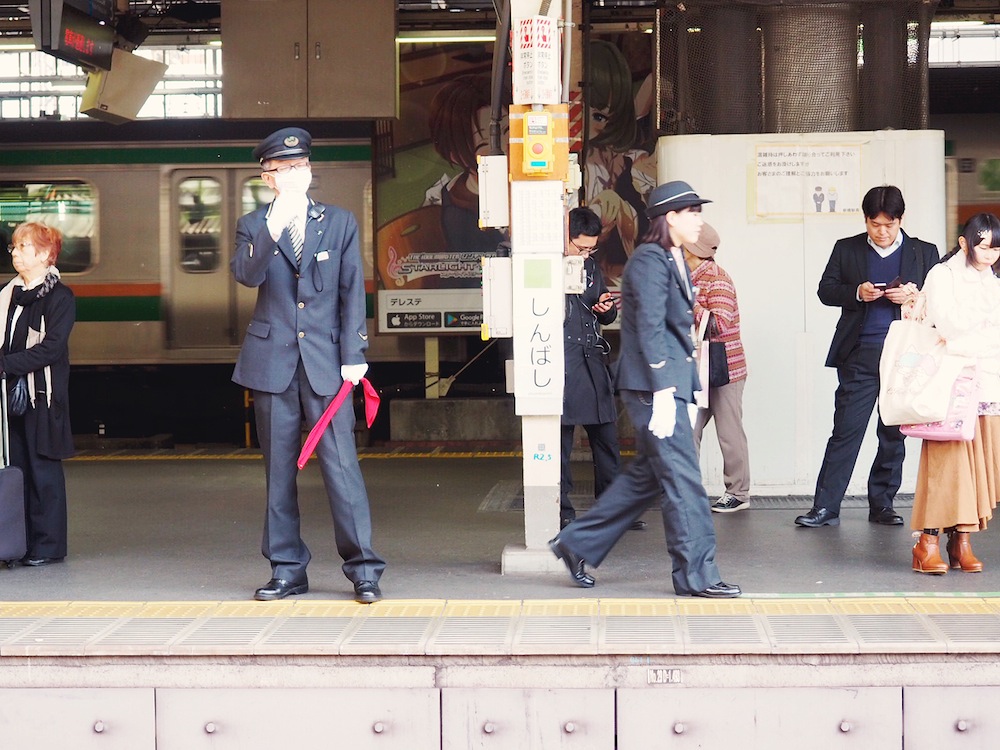 Everything is orderly at the train station

Now onto transport: The Japanese train network is notoriously efficient and that’s kind of mind-boggling when you realise how extensive and jam-packed it is. It utilises a couple of nifty systems I’ve not seen elsewhere though that make all these journeys run like clockwork and one of them is the queuing system. When we were waiting to board the bullet train in Sendai we approached the appropriate section of the platform for our carriage and found 2 lines marked out – one for those waiting for the next train and one for those catching the train after. How smart is that! By standing in their neat lines passengers quickly filed on and off the trains and thus everything ran more smoothly. 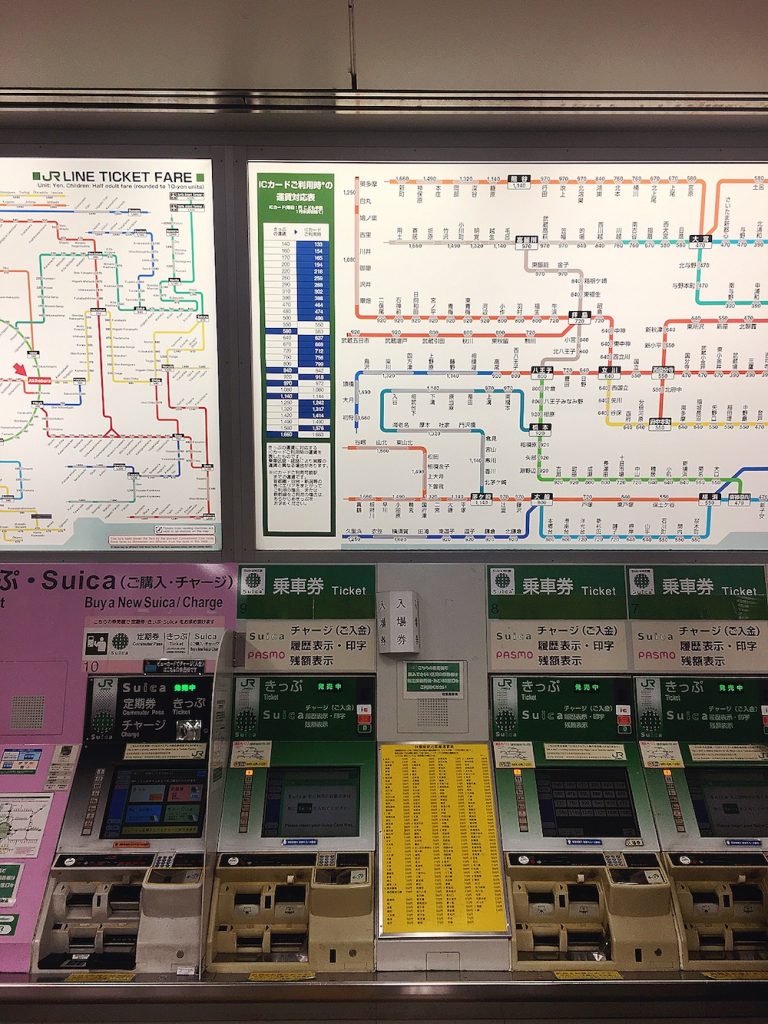 Just buy the ticket you think you need & work it all out at the other end!

If you’re caught a little short on your train journeys in Tokyo, instead of stopping you catch that much needed train or causing embarrassment at the barriers, you simply go to a fare adjustment booth. Fares are charged according to distance but if you bought a ticket for a shorter ride or run out of money on your rail pass it’s not a problem to pay the extra at the exit gate. This is also handy for when you’re leaving Tokyo and don’t want to put another big chunk of funds on your card – you can just pay the difference when you get to the airport instead. 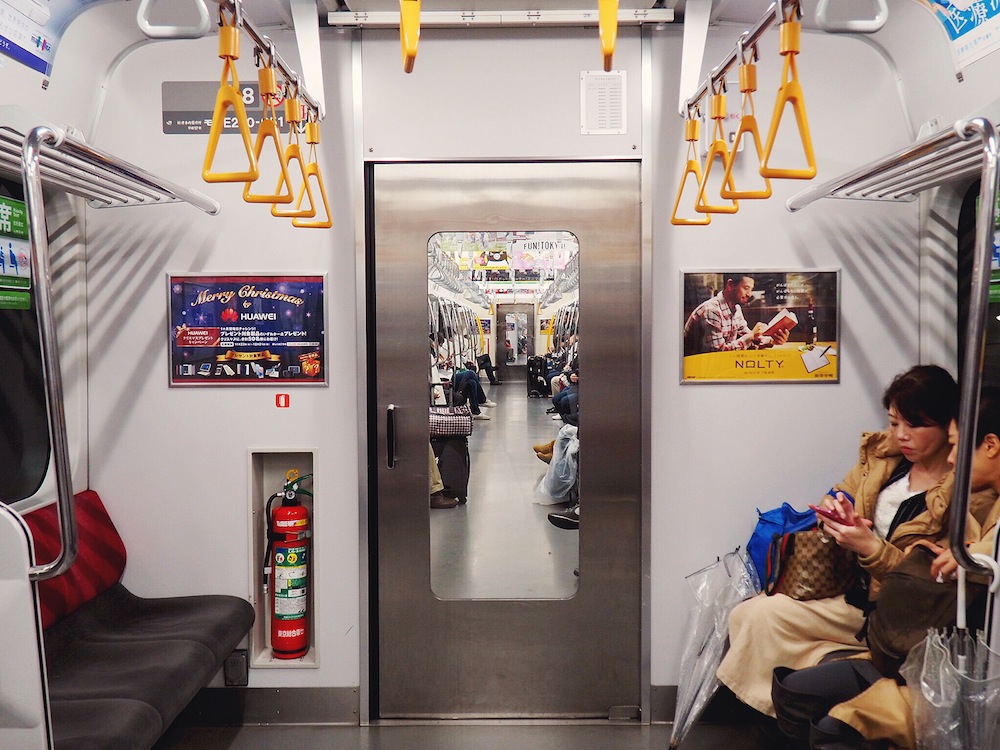 Door handles are so 1980. You hardly ever have to hold a door open in Tokyo – they literally do what you need at the touch of a button. 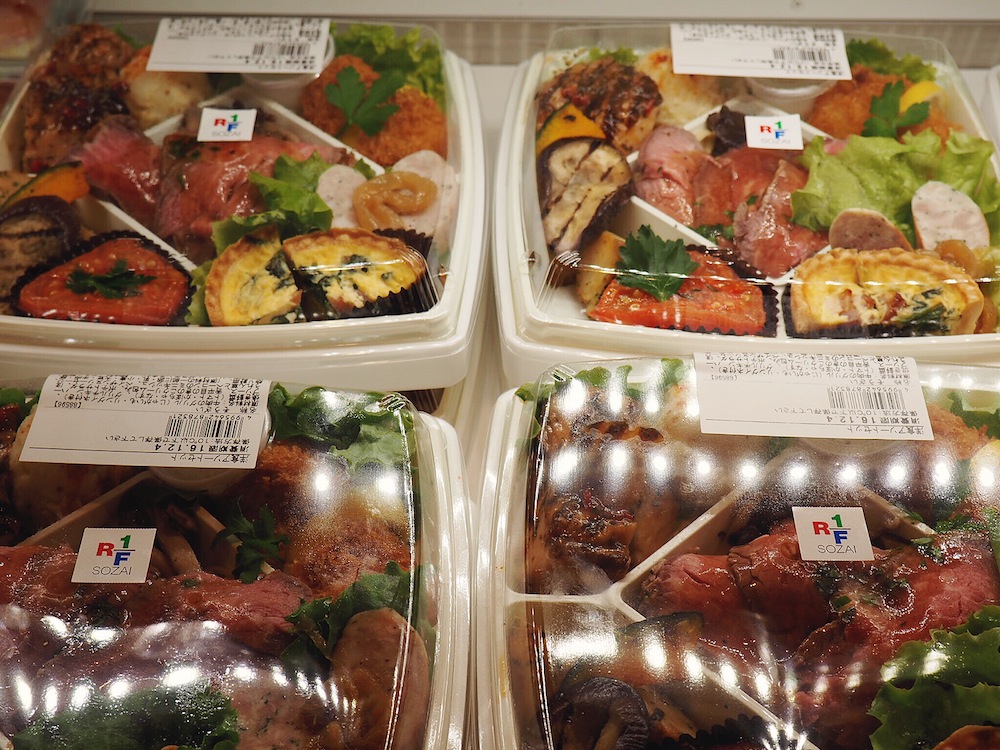 Instant deliciousness in a Bento Box

A bento box is the cutest packed lunch/ take away food option ever but did you know you could also buy ones specifically for train journeys? Called Ekiben, these packed lunches sold purely at trains stations often feature specialities from the region you may be travelling to. The great thing is you can get hot ones too. I watched my guide pull the cord of a self-heating box filled with steak and rice and it made me incredibly jealous!

Little tip: Head to department store food halls at the end of the day for 20-50% markdowns on gourmet eats. 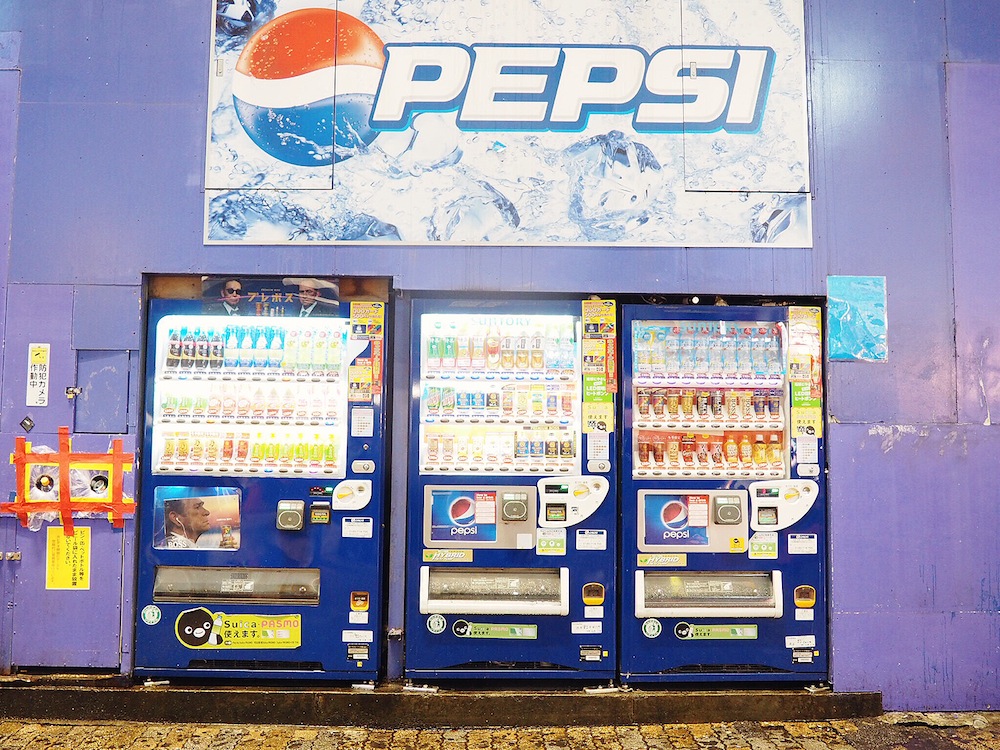 Instant hot drinks in vending machines – don’t think about how long the coffee has been warm for – just drink it!

Vending machines are everywhere in Japan (there’s 5.5 million of them!) but did you know they dish out hot drinks as well as cold? Instant hot coffee, chocolate, tea and soup are dispensed at the touch of a button – and they taste surprisingly good!

Just like the trains, traffic seems super co-ordinated too. When I was staring wistfully out of the window at Park Hotel Tokyo I noticed that all the traffic lights on the major highways would change at the same time so you can see people crossing the street at the same time for several blocks in a row. Tokyo’s busiest and most famous crossing, the Shibuya Crossing, is also fascinating to watch. As hundreds of people head in all directions across the junction; it’s like the most amazing form of organised chaos you will ever witness. 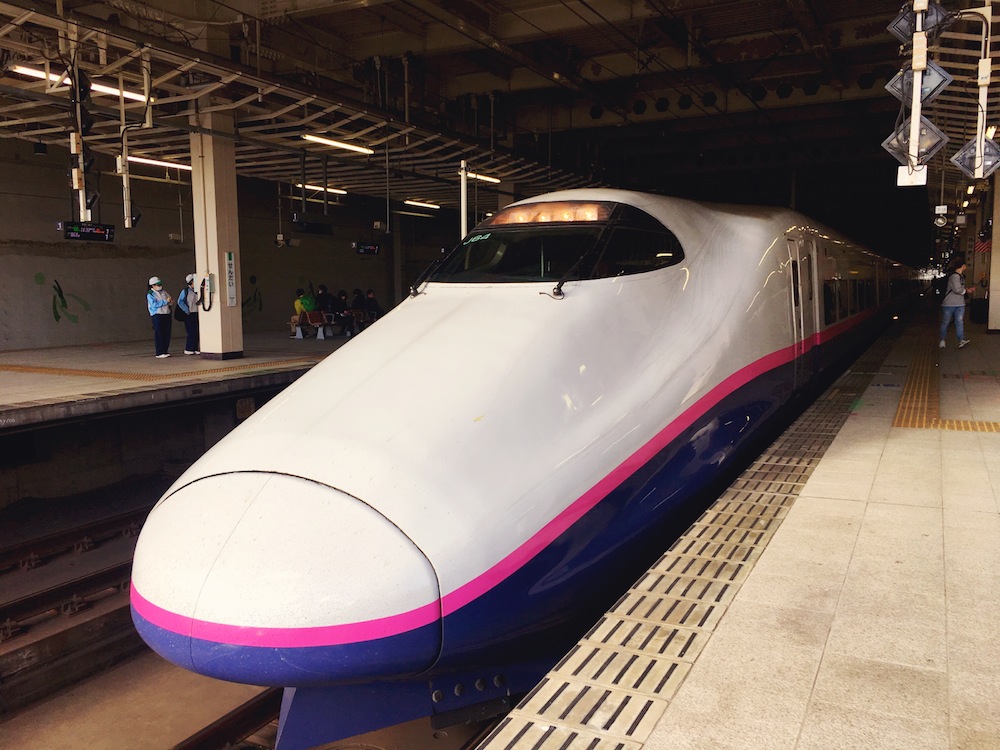 Everything about the bullet train is genius

The Shinkansen bullet train is such an awesome way to get around Japan – fast, direct, and roomier than airplanes (seats have tray tables and plug sockets). The ride is so smooth you can hardly tell you are hurtling through the countryside at 300 km/hr. I also appreciate that all the seats face the direction of travel (I guess to avoid motion sickness) and spied how easily this is done in Sendai when the train on the next platform automatically rotated all its seats to face the opposite way before departing. 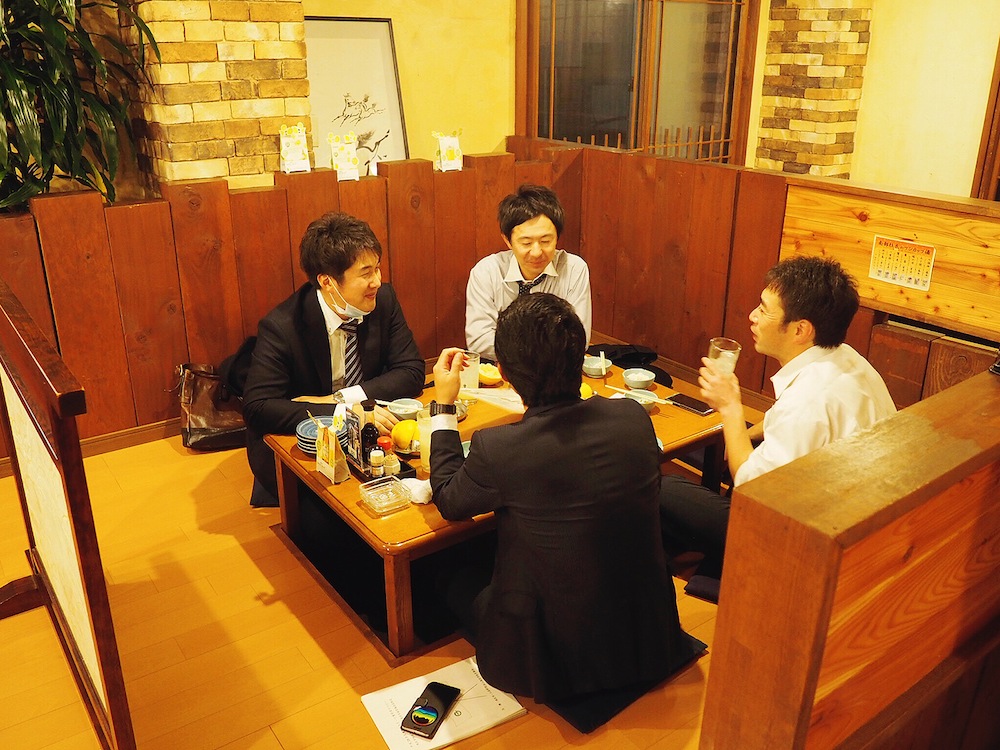 Gentleman dining at an izakaya in Morioka

A lot of small Japanese restaurants up the efficiency factor by taking your order before you even walk through the door. Noodle restaurants, in particular, will have a vending machine out the front where you pick the dish you want, enter the money and are given a ticket that you present to the chef inside. It takes the time out of ordering but you also never have to wait for your bill – or argue with the restaurant about whether you can split it (*coughs* Australia). 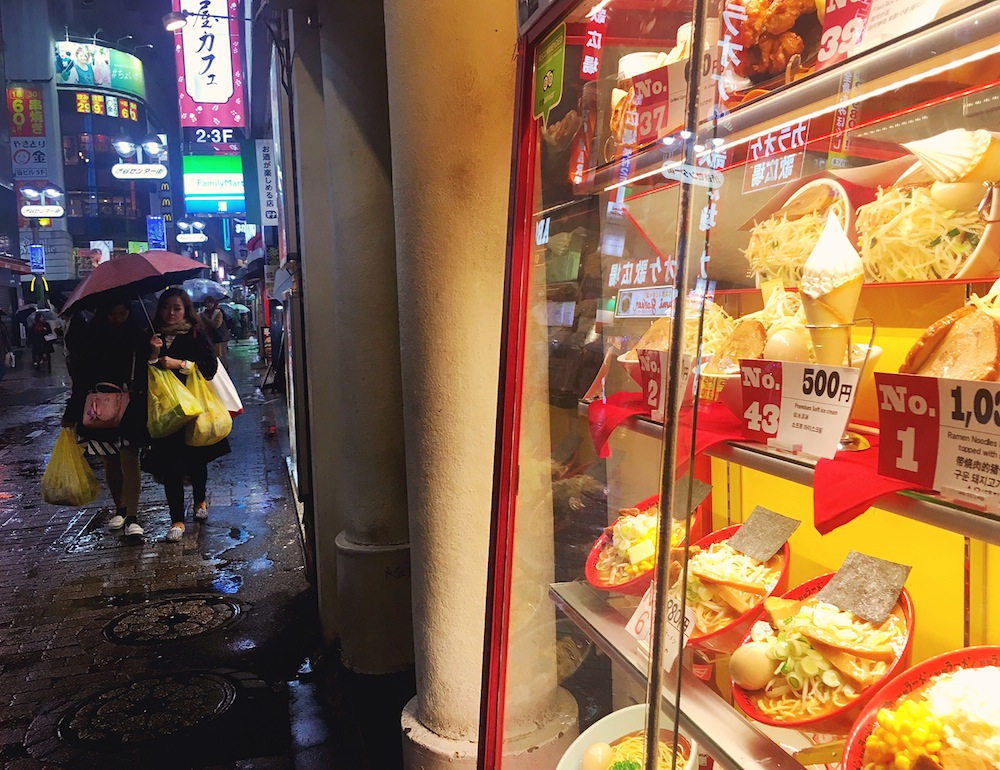 You’ve also got to respect a restaurant that have plastic mock ups of every meal on their menu in their front window – take that language barrier! 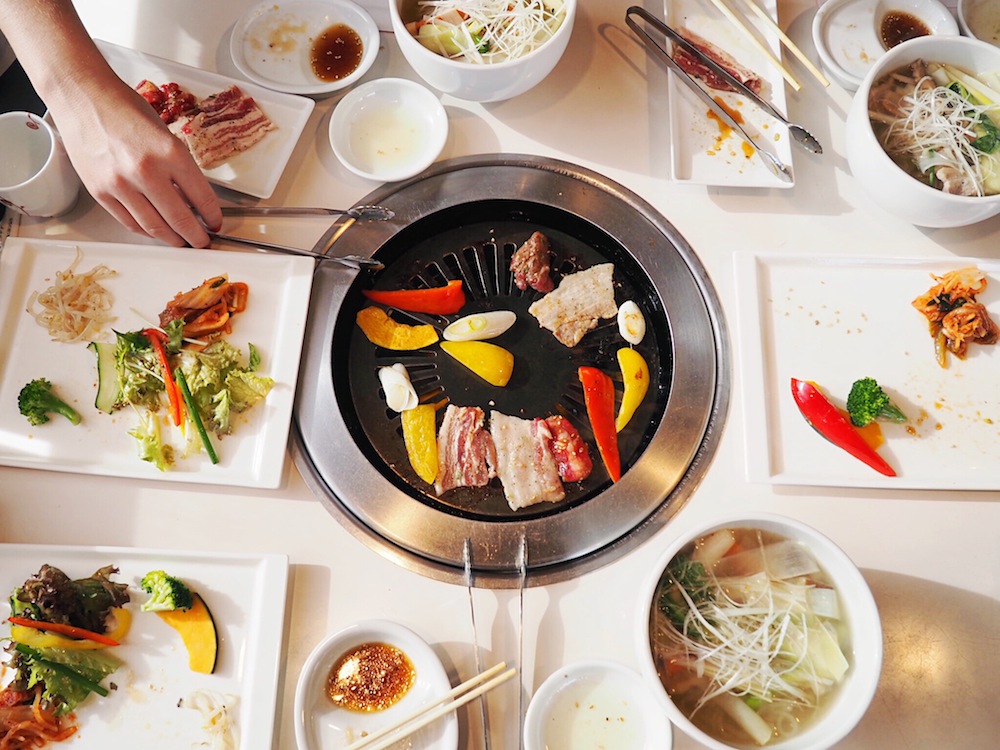 Tucking into yakiniku with friends

Finally, I love dining in Japan in general due to its sociable, DIY nature. Some of my favourite meals in Japan – where we feasted on okonimiyaki (savoury pancake) and yakiniku (grilled meat) – we did most of the cooking ourself as we laughed, chatted and thoroughly enjoyed the whole experience.

I travelled to Tohoku in Northern Japan with jnto.org.au and extended the trip in order to experience the awesomeness that is Tokyo. Find out more about my wonderful time in Tohoku here and stay tuned for more on what I got up to in Tokyo. 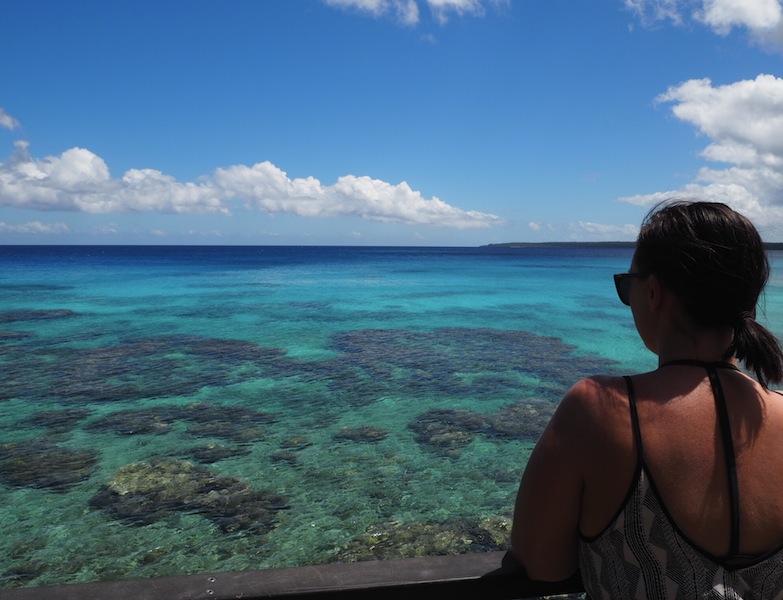 Why Solo Travel Can Be Good For A Relationship 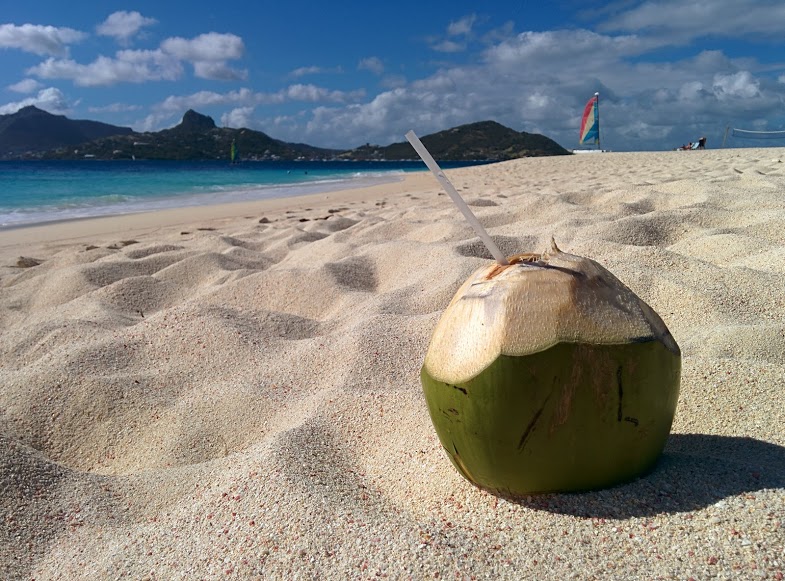 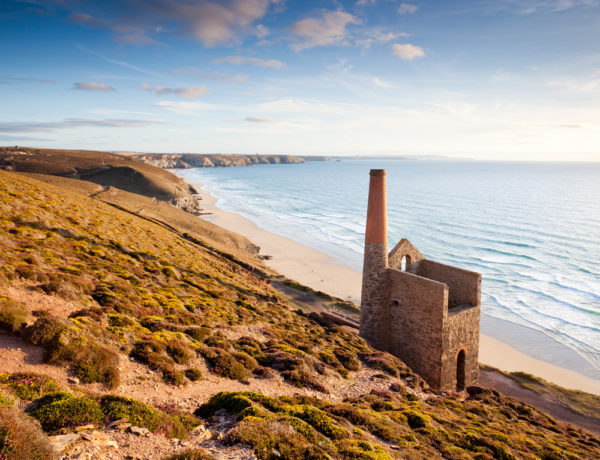