I feel like I’ve been let in on a massive secret. Tokyo, Kyoto, Osaka are names we hear often but I’m one of the lucky few travellers who can speak of travelling in Japan’s Tohoku Region.

Tohoku is the northernmost region of Japan’s largest island, Honshu. Made up of 6 prefectures, it’s an area of truly outstanding beauty that I’m tempted to keep as my little secret. (But don’t worry I won’t be that selfish!) 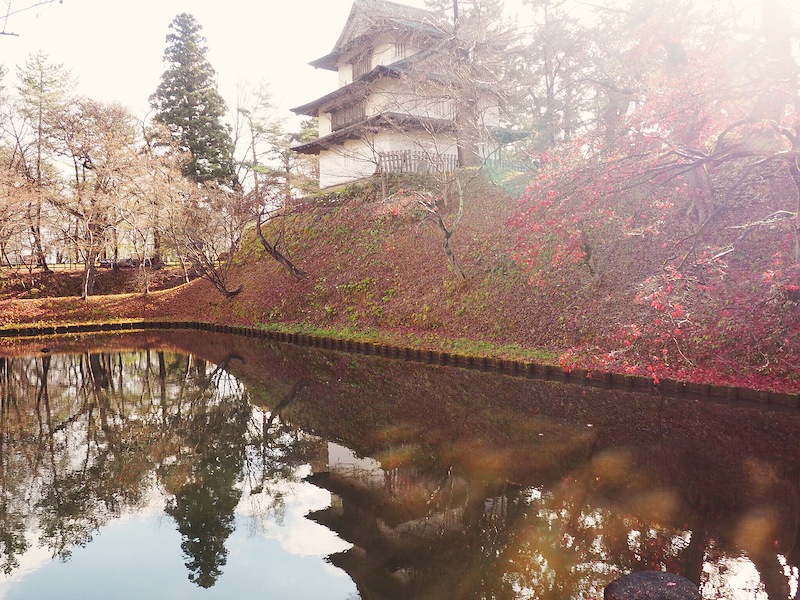 The reasons the inquisitive traveller would want to venture here are plentiful. The mountains are dotted with ski resorts, natural hot springs and traditional bathhouses called onsen. In-between these mountains are waterfalls and lakes, gushing streams and precariously–perched temples. Now doesn’t that sound tempting? 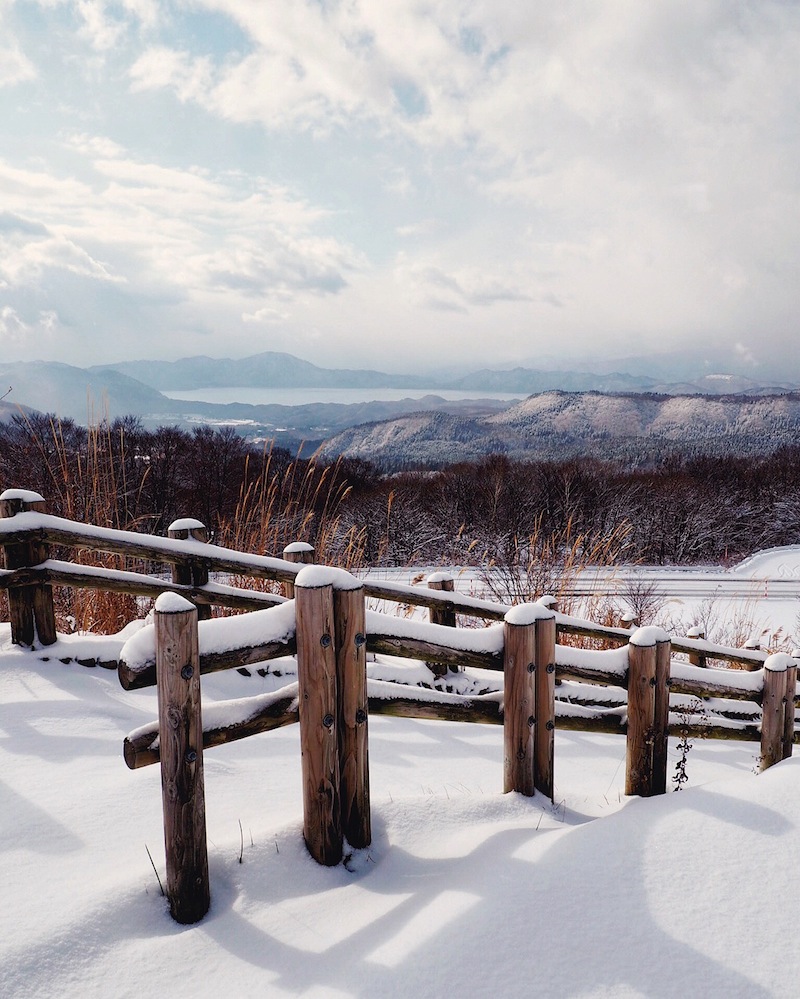 The driver stopped to changed the tyres and we spotted this view of Lake Tazawa from the car park! 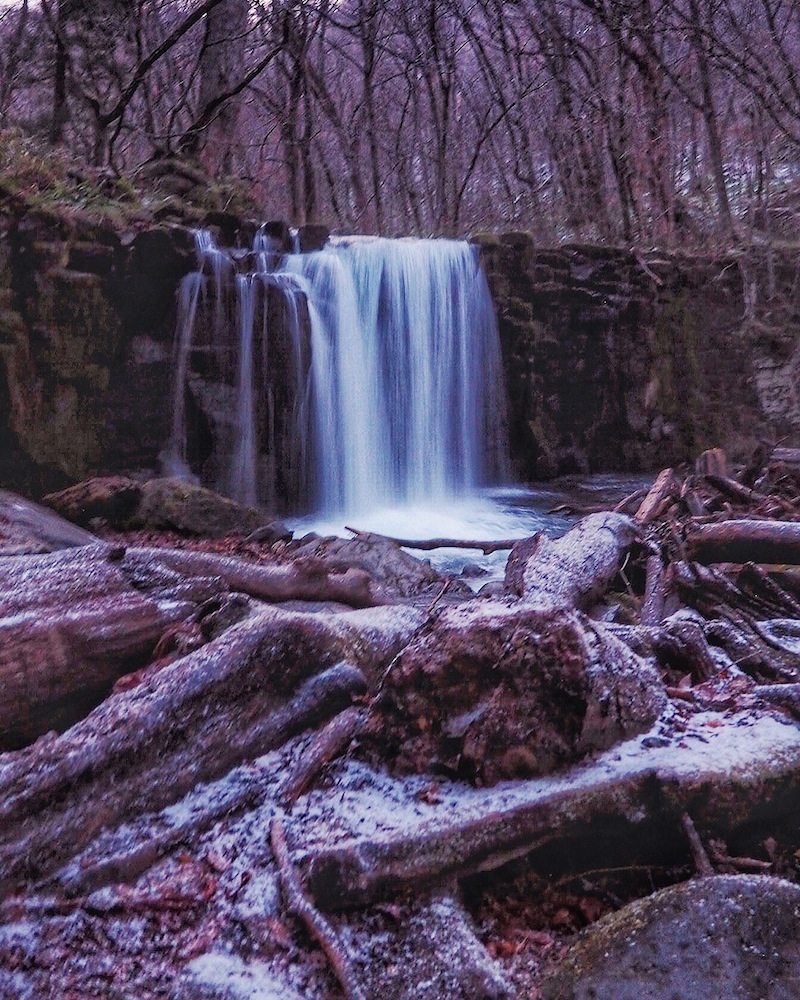 Our first stop in Tohoku was to Hirosaki, a politically important area during the Edo period. A lasting reminder of that time is Hirosaki Castle, which was originally built in 1611 but had to be reconstructed after being struck by lightning in 1624. Several hundred years later the elegant wooden structure was resurrected, albeit it a little smaller, only for it to need moving in recent years due to unsteady foundations. Currently it sits 70 metres from its original location, but the plan is to have it back home, in tact, by the end of 2023 – a team are painstakingly rebuilding it piece by piece after reinforcing the foundations. 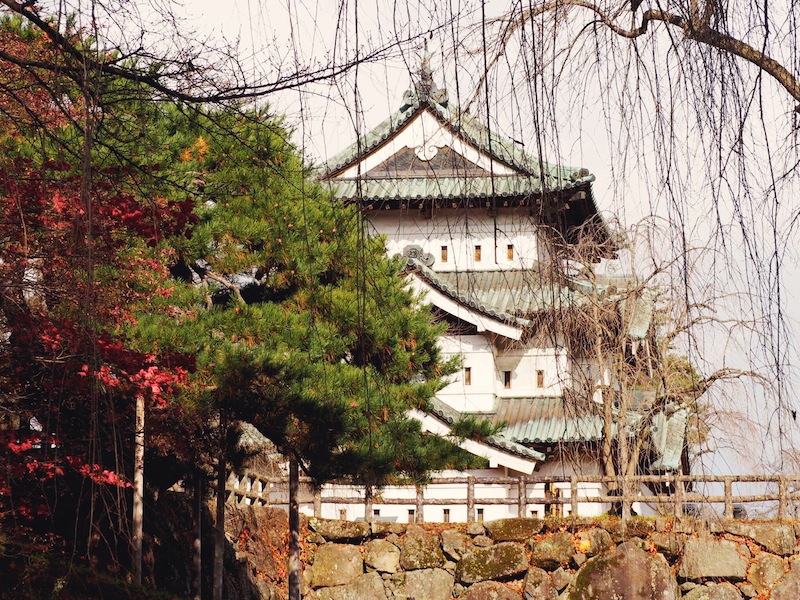 Hirosaki Castle in its new home – for now. 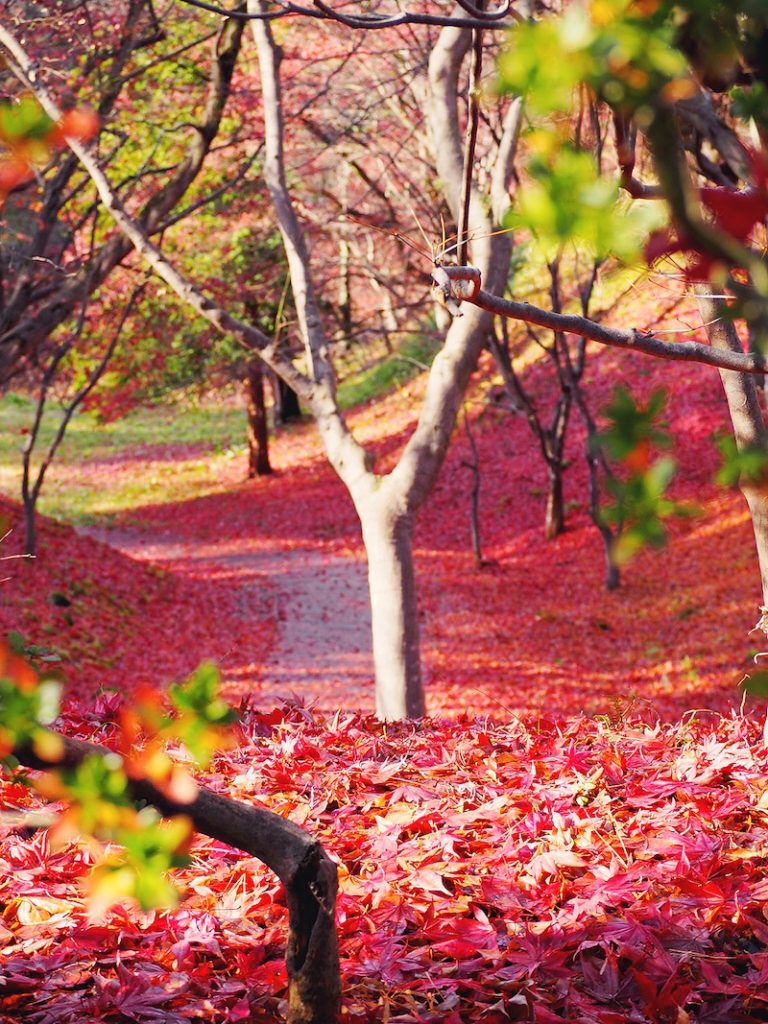 In fact, we were very lucky with the timing of our visit. The snow came early to Japan this year, so whilst the autumn leaves created a copper carpet in Aomori, it was a winter white wonderland we found in Akita. 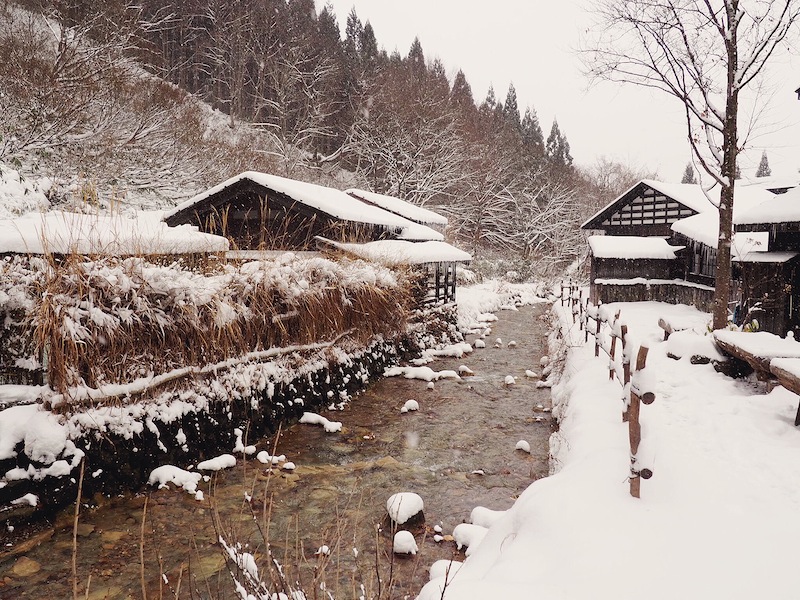 The mountains in Akita are particularly special as beneath the snow-capped peaks and rich beech forest lie bubbling hot springs. In an area known as Nyuto Onsen-kyo (Nyuto Onsen Village) there are 7 onsen that offer a range of secluded outdoor and indoor pools for bathing. Samurai have been enjoying the benefits of a hot soak in this region for centuries and at Tsurunoyu Onsen, the oldest in the region, you can soak surrounded by this tradition. One of my lasting memories of this trip will be from the afternoon we shivered through the snow to find the milky waters of the outdoor onsen steaming through the snowfall. The old samurai lodges remain unchanged and offer ryokan-style accommodation for guests who want to spend the night. It’s my dream to come back one day and check in for a healing weekend. 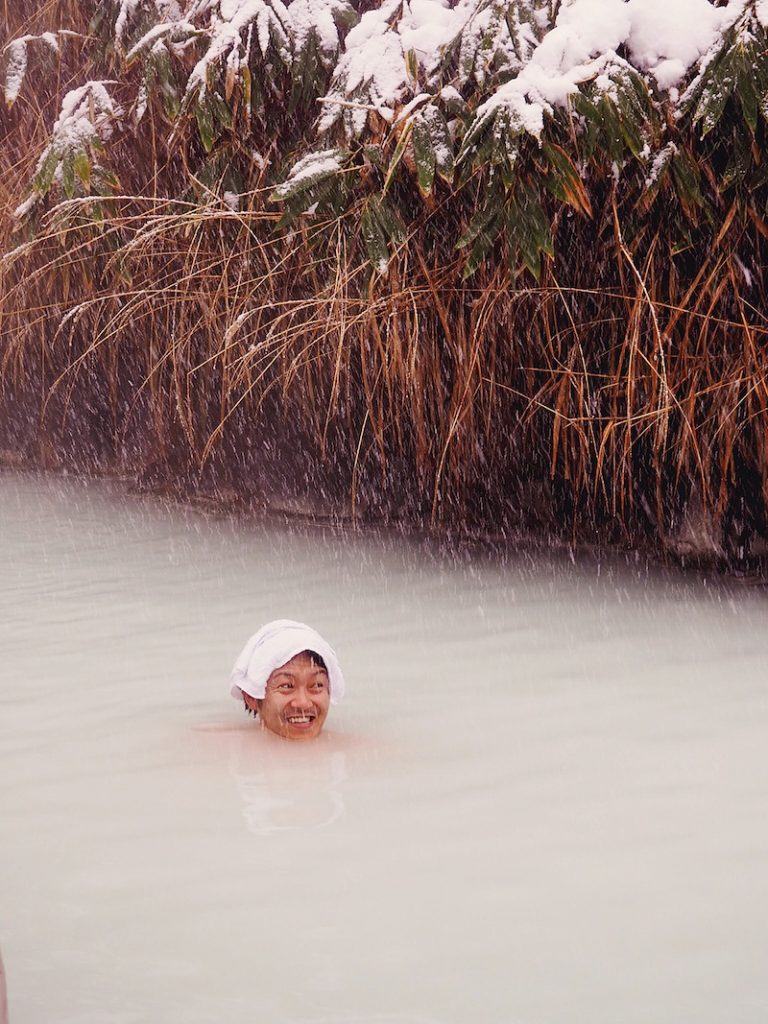 We spent the night at a ryokan near Lake Towada in Aomori and I absolutely loved it. The ryokan was traditionally designed as a guest house for travellers – guests would sleep on tatami rugs in simple quarters and socialise in a communal space (or at the bathhouse) wearing yukata. We donned the yukata robe for our feast of local fish, crab, tempura and thinly sliced beef and it was just as well you could loosen the ties on them after we made our way through all the courses! 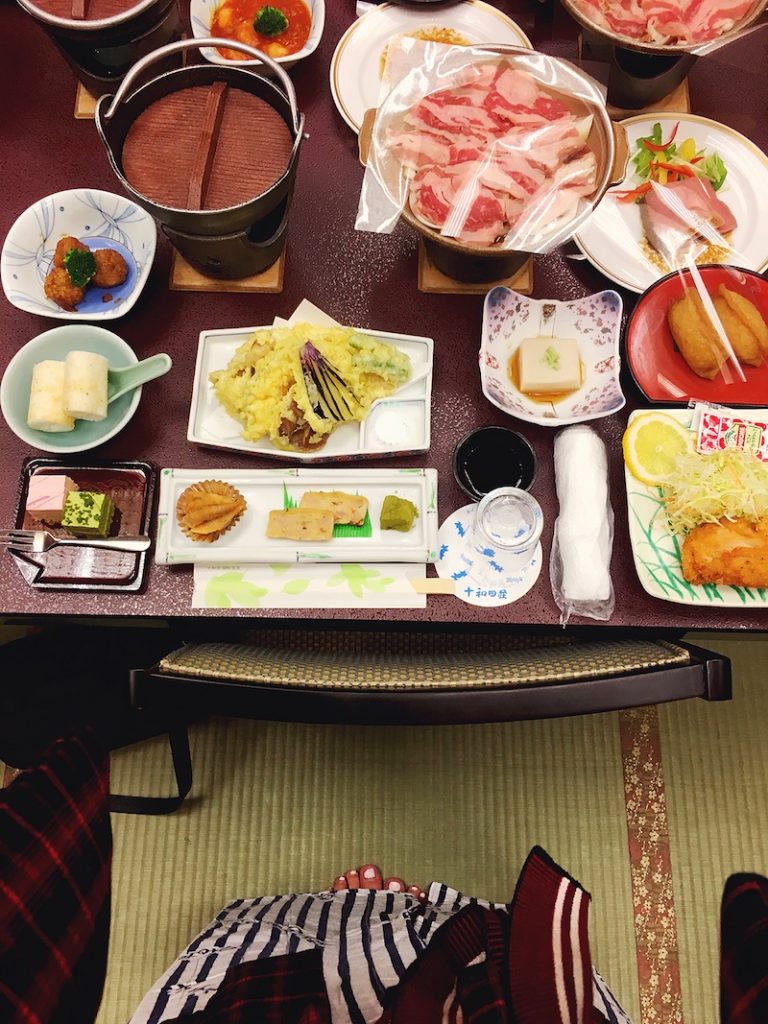 Donning yukata for this traditional dinner

Sipping tea at the low tables and sleeping in the ryokan was a lot of fun. It was surprisingly cosy sleeping down on the floor, although I may have been cheating by pulling another futon out of the closet and doubling up on padding! 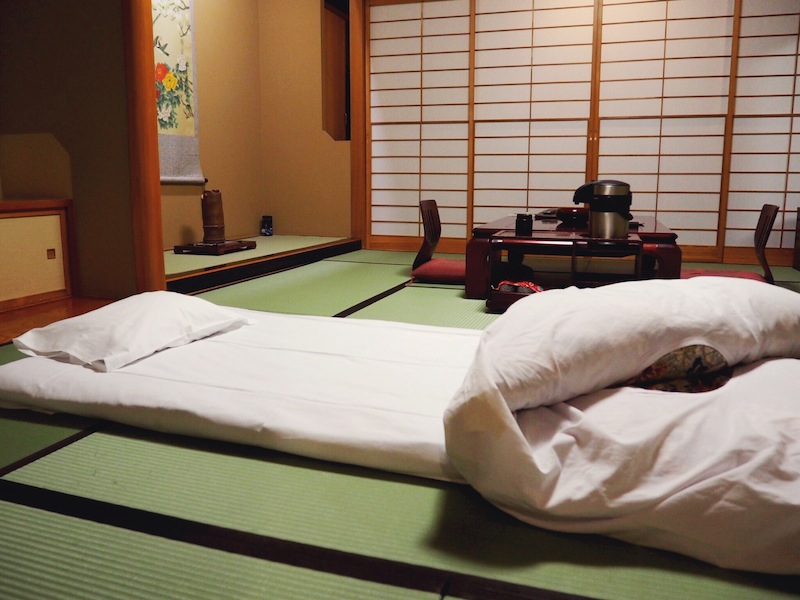 Another of my favourite cultural experiences was the afternoon we got to wear kimono. These beautiful garments contain more rope, padding, ties and sashes then I imagined and getting into it involved a little bit of bum slapping – or at least my experience did! Once on the garment is striking but restrictive – the perfect posture and delicate movements of geisha make a lot of sense when you consider this robing. 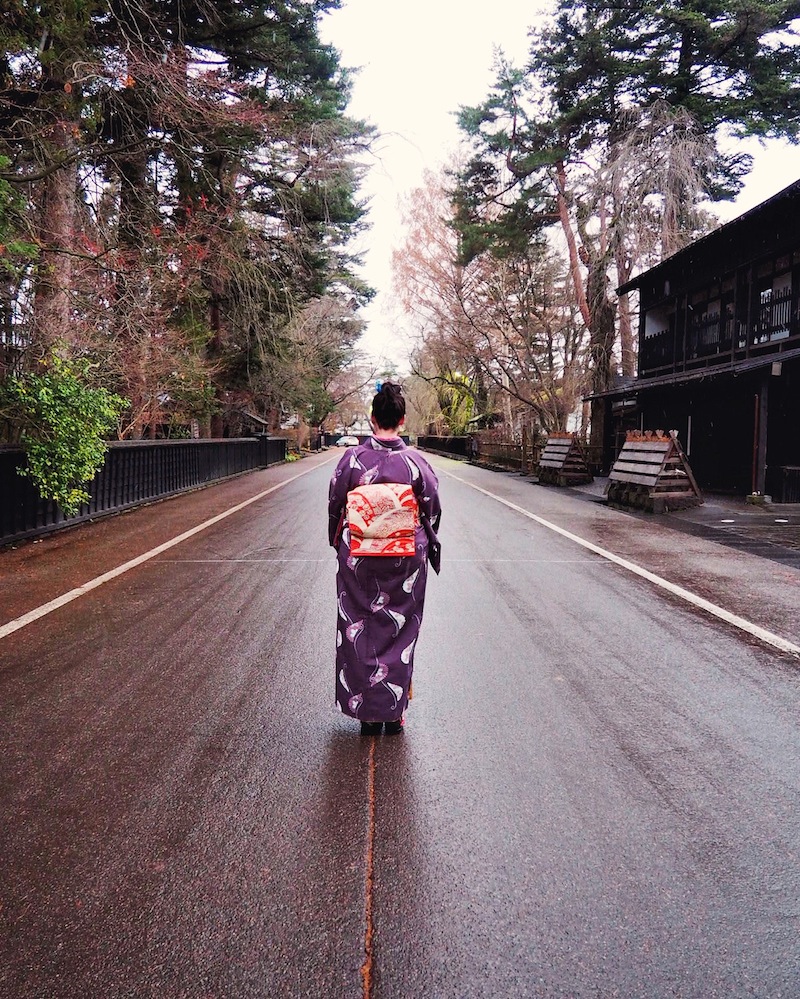 I will also remember Tohoku for its temples. An innocuous-looking building in Morioka turned out to host one of the most incredible temples I’ve ever visited. Lined with 499 strange-looking wooden statues the story goes that everybody has a double in Hoonji Temple, the Temple of 500 Disciples. And yes, I didn’t make a typo here, there are indeed only 499 statues, where the last one went no one knows.“It’s sort of romantic,” said the monk in the ticket booth with unexpected impeccable English. 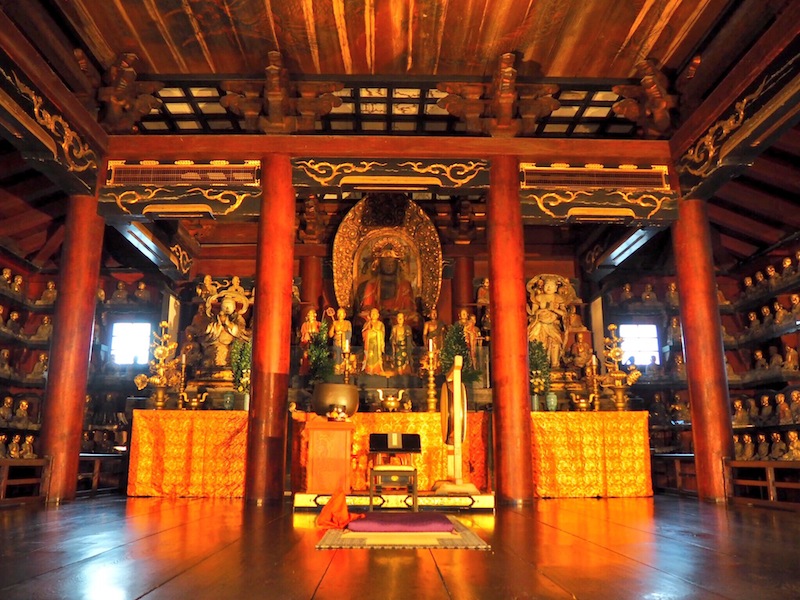 The Temple of 500 Disciples in Morioka

This gentlemen turned out to be great source of local knowledge. He went onto explain that the temples in town were built in a line in order to ward off warriors. The superstitious soldiers wouldn’t ride over graveyards, so the locals built them along the access routes! How’s that for smart defence work? 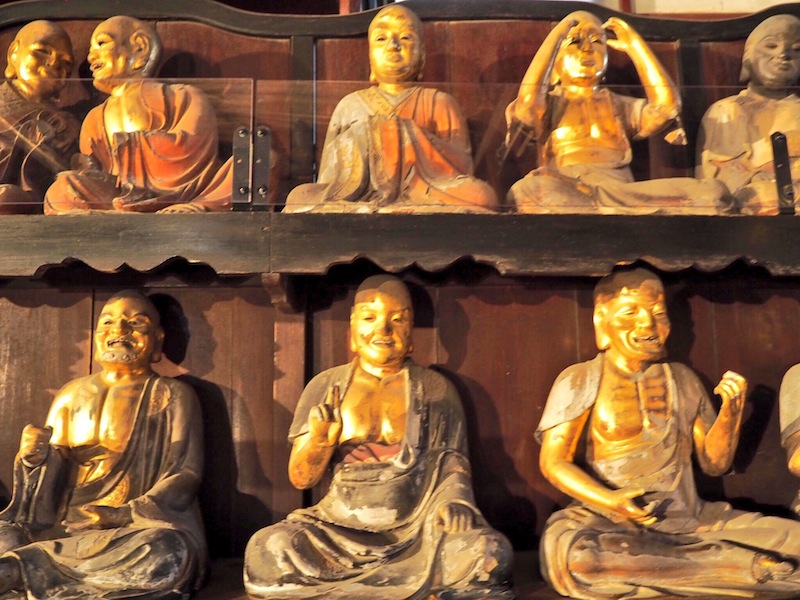 Which one is your double?

Founded over 1100 years ago in 860, you have to wonder how on earth the Tendai Sect built Yamadera, the mountain temple. The 1000 step climb to the top, lined with 40 shrines of various sizes, feels every inch the pilgrimage. Your rewards, should you reach the summit, are spectacular views of the valley from Godaido Hall, and an greater understanding of the inspiration for a haiku by one of Japan’s most famous poets. 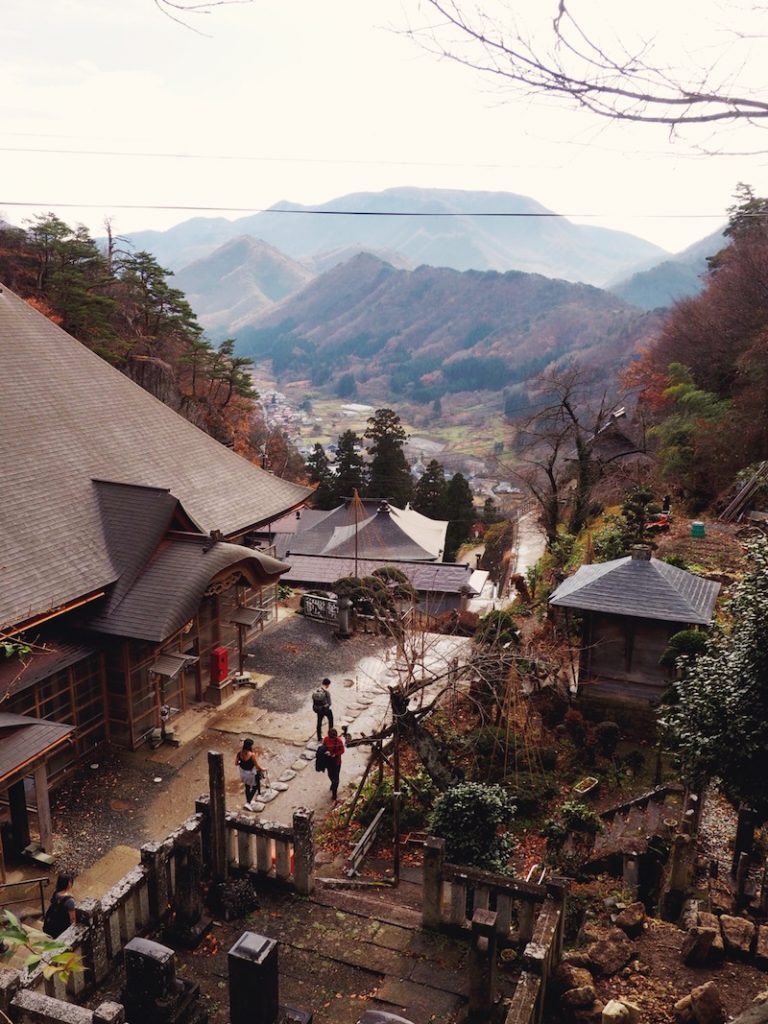 Whilst at Yamadera respected poet Basho wrote a haiku about the stillness and silence of the area. You can find a copy of it inscribed in a rock on the lower temple grounds but for those of us who can’t read Japanese I looked up the translation:

Silence, and penetrating into the rocks — the cry of the cicada

With its peaks and springs, forests and streams, Tohuku has the kind of beauty that makes poets out of all of us. 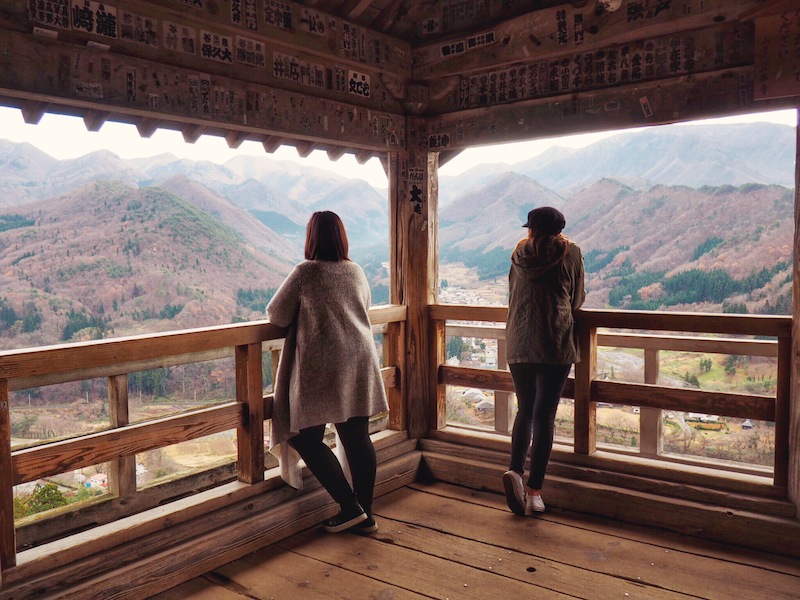 Worth the climb – every-time!

I travelled to Japan as a guest of jnto.org.au. Visit the Tohoku Tourism website for more information on travel in Tohoku and check out this list of travel agents for help with on the ground arrangements. Do not hesitate to ask me any questions about travel in Tohoku. 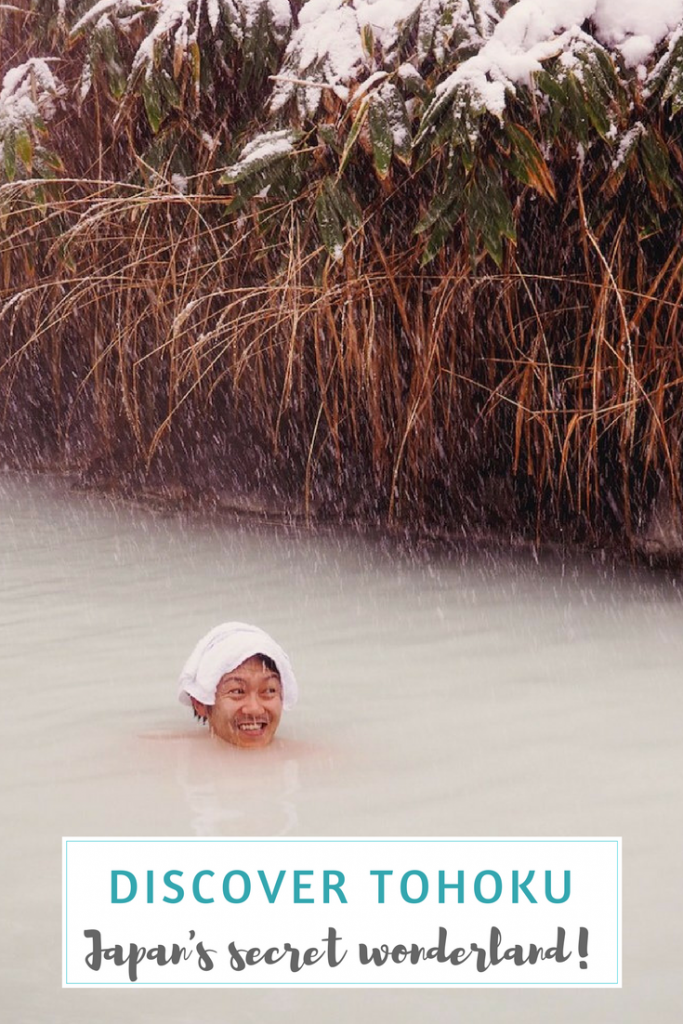 What NOT to do a Japanese onsen

5 things to know before you go to Japan 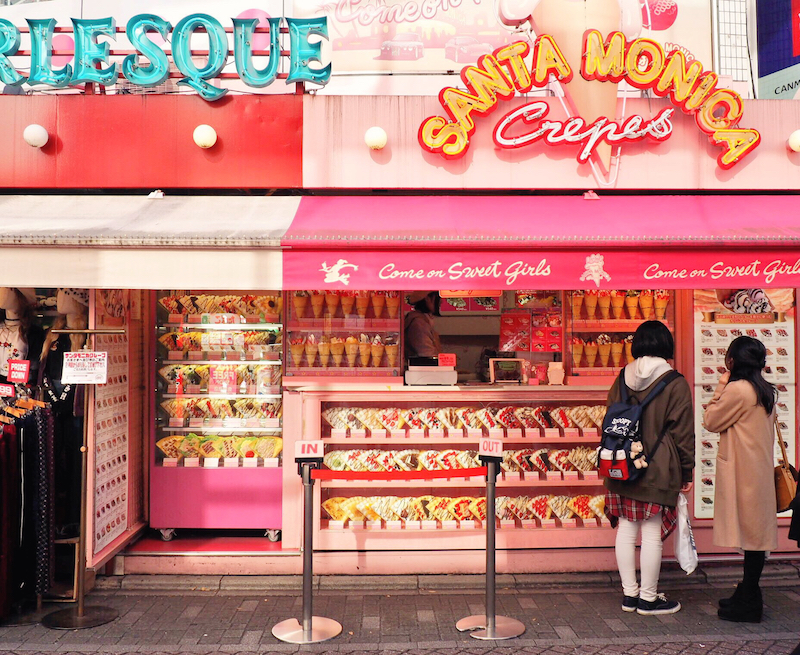 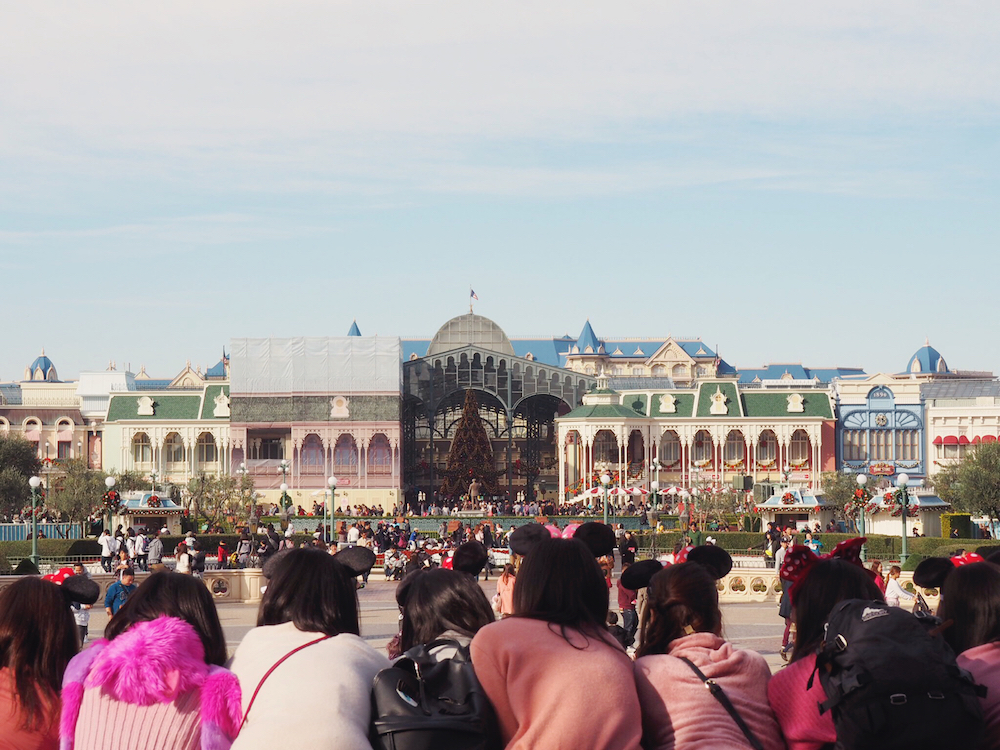 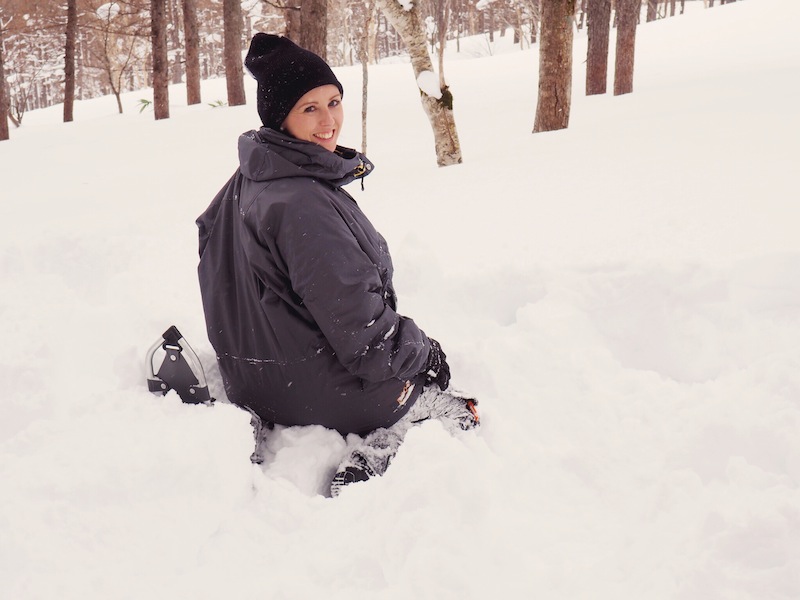