Luxury can be found in many different forms. When I read on the Crown Towers twitter profile that they  “set the benchmark for luxury hotels in Australia”, I wondered in what way. Would it be the service? The size of the room? The scent of the toiletries? Temperature of the pool? For luxury can be a very personal thing. One person’s indulgence is another’s routine. 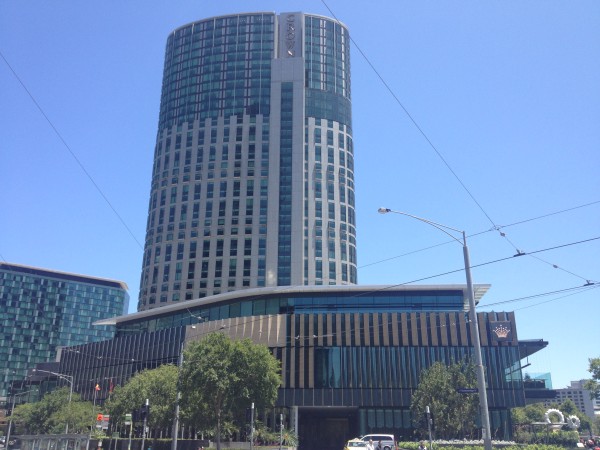 The greatest indulgence our stay at the Crown Towers granted me was not one inside the hotel. Upon entering the room all that I noticed, and was completely blindsided by, was Melbourne framed in the window. The city, at what I believe to be its best angle, was splayed out at the far end of our suite. In a glass box that protruded from the side of the building was a cushioned window seat.You could sit here and teeter over the edge of the city, the bridge to Flinders Street station virtually within your grasp. There was so much to take in; the river directly below, the golden roof of Flinders Street station, church spires peeking out between the glass high-rise buildings of the Central Business District, I couldn’t look away for a long while. That’s one of the reasons I recommend to book the Crown Towers after you buy your airline tickets to Melbourne. 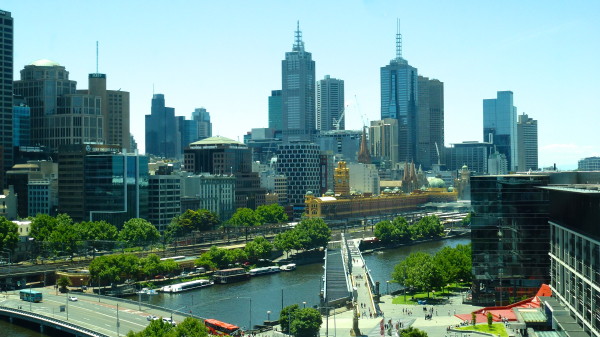 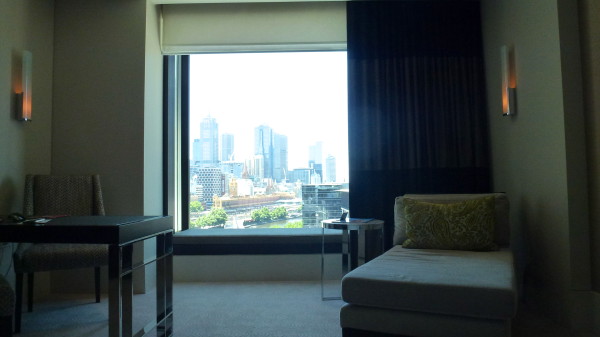 Tearing myself away from the view I began to notice the room itself. Relatively large for a city centre hotel room, the Crown Towers deluxe rooms all come with King Sized beds, a desk, chaise lounge and even a walk in closet. The bathroom, which was immediately on our right as we entered the door, I had failed to notice initially but deserved a closer look. Through double doors, branded with the grand looking Crown Towers C’s, was a chandelier decorated bath suite including his and her sinks, power shower and bathtub accompanied by a mini flat screen TV. The area in the middle was more than large enough to swing the proverbial cat, I am sure I have stayed in hotel rooms smaller than this bathroom. 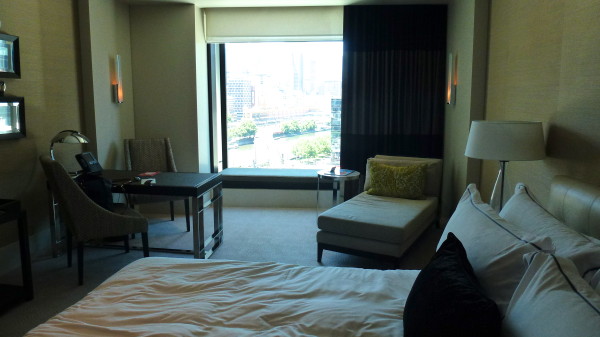 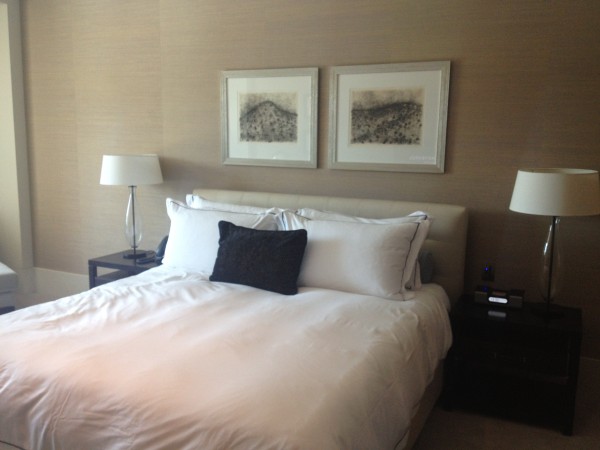 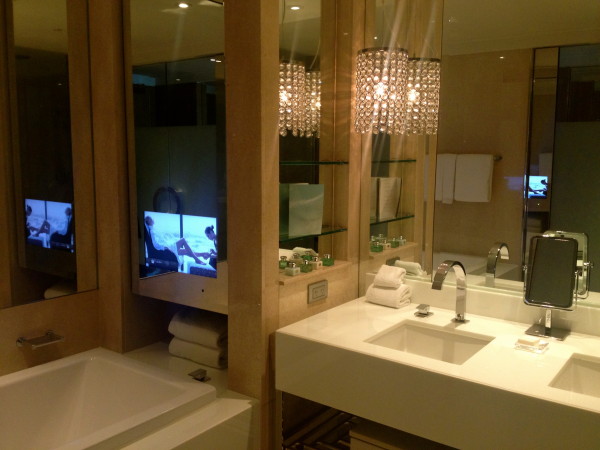 Outside in the hallway it was view Déjà vu as the opulent lift lobby is also designed to make the most of the buildings vantage point over the city. As we waited for the lift to arrive from one of the other 37 floors we imagined the route we would soon be taking through the city below. 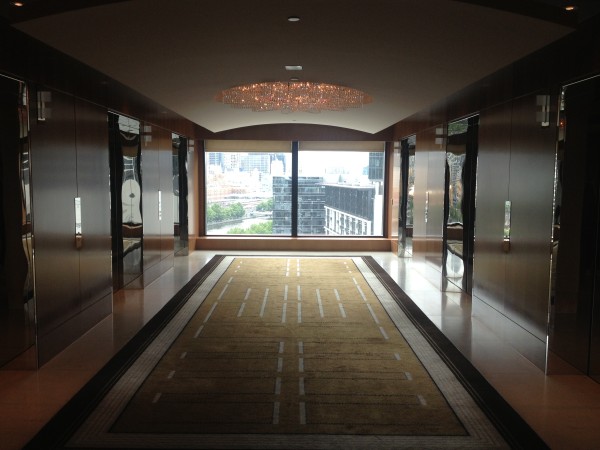 Crown Towers is just one part of the Crown Entertainment Complex in Melbourne. The Crown Towers have been built tall to afford those magnificent city views but the Crown Melbourne complex stretches along the Yarra River waterfront. From the Crown Towers you have direct access into the Crown shopping mall with its range of mid to high-end fashion stores. The mall has an indoor food court with cuisine from around the world and along the Waterfront you can find eateries ranging from grill houses to Melbourne’s Nobu. The ‘West End’, as it is named, houses the Crown’s well known casino complex, there is also a cinema on site, several car parks, the Crown Spa, nightclubs, bars and much more besides.  It’s a spectacularly huge complex that you could happily lose hours in. 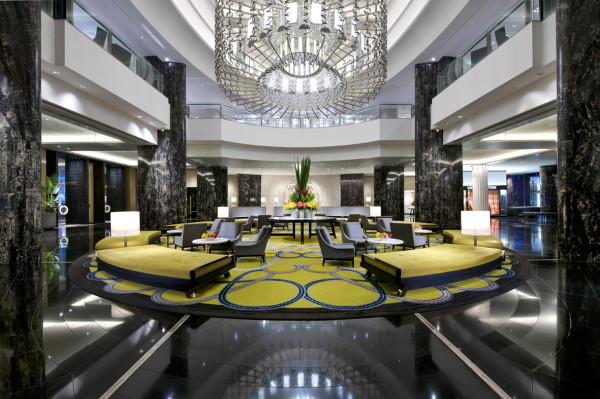 Back at Crown Towers the hotel facilities include a 25 metre indoor heated swimming pool. Large enough for some healthy laps if you are feeling active but surrounded by comfy loungers if you are not. In the rooftop garden you will find 2 tennis courts, back inside is a split-level gymnasium exclusive to hotel guests. 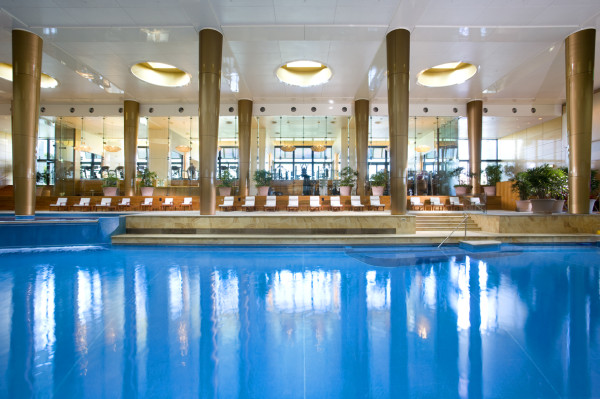 But despite all this it was still the view that impressed me most; our room being the luxury frame around it.

For more information on Crown (including their other hotels, Crown Metropol and Crown Promenade) visit their website. To make a reservation at Crown Towers please click here. 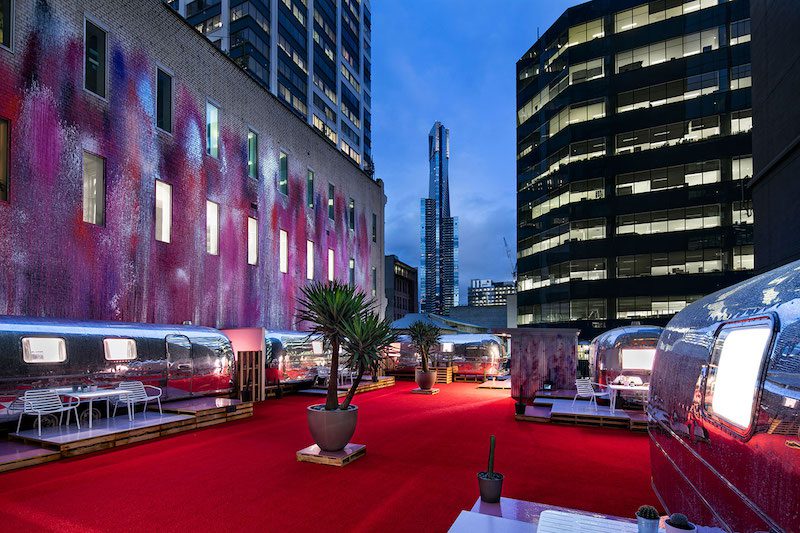 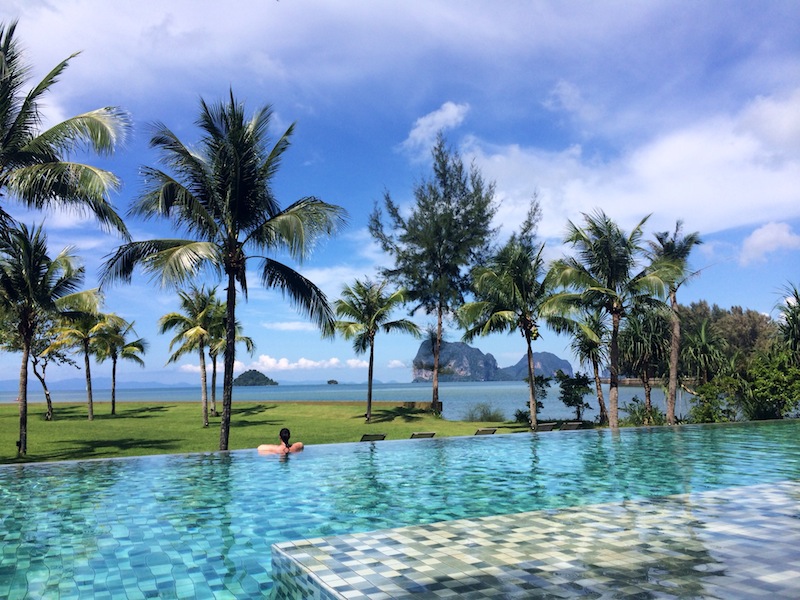 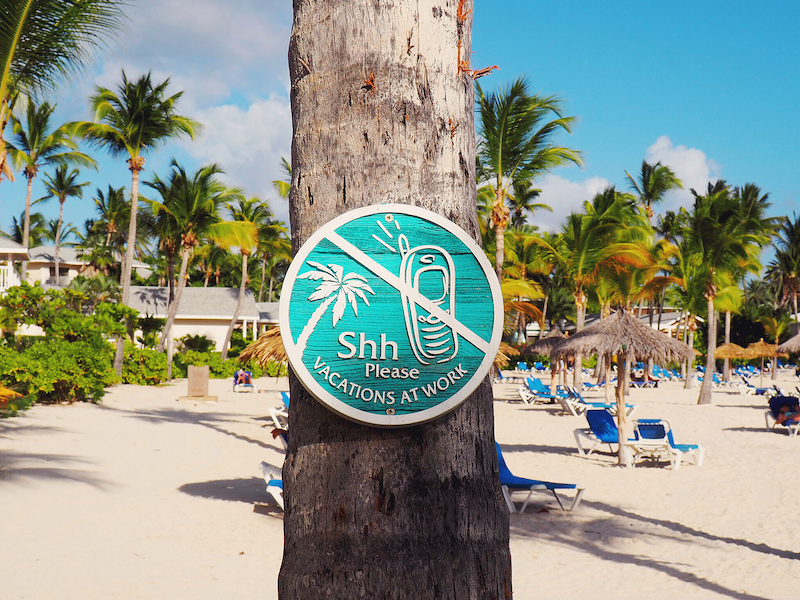 Melbourne I've Got a Crush on You