Explore Edmonton through your belly with this guide to the best places to eat in Alberta’s capital city.

From a friendly tour of the Farmer’s Market, to craft beer, freshly brewed coffee and the bao I dream of on a daily basis – here’s everywhere this foodie loved in Edmonton.

Get your appetites at the ready!

Read also: Best things to do in Edmonton 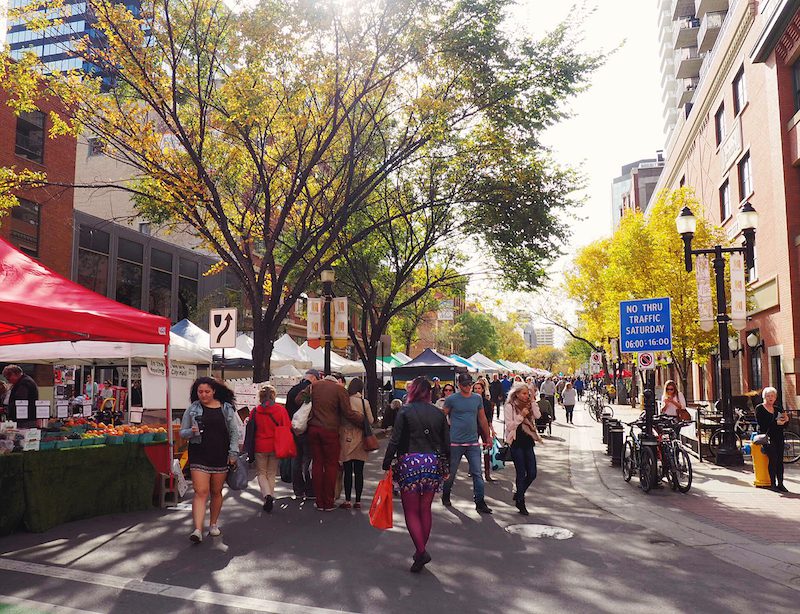 For the friendliest introduction to the Edmonton food scene sign up to an Edmonton Food Tour run by local writer and foodie Liane Faulder. Beginning with a private cooking demonstration at Kitchen by Brad, the tour takes you on a culinary journey of Edmonton from traditional Ukrainian perogies made fresh by Chef Zizek to Meat Street Pies at the City Market. 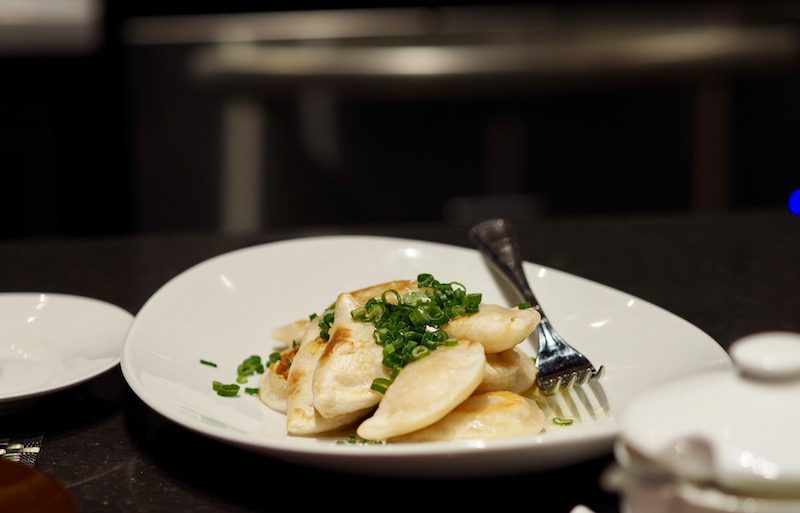 Kick-starting Edmonton Food Tours with perogies at Kitchen by Brad

Liane makes the perfect host and guide as she escorts you around the 104th Street Farmer’s Market while sharing the backstories of the owners, including how the ladies from Confetti Sweets ended up baking cookies for the Oscars. The best thing is you get to eat as you go, so expect a belly filled with artisan cheese, homemade dumplings and veggies farmed on reclaimed urban land by the end of the experience. 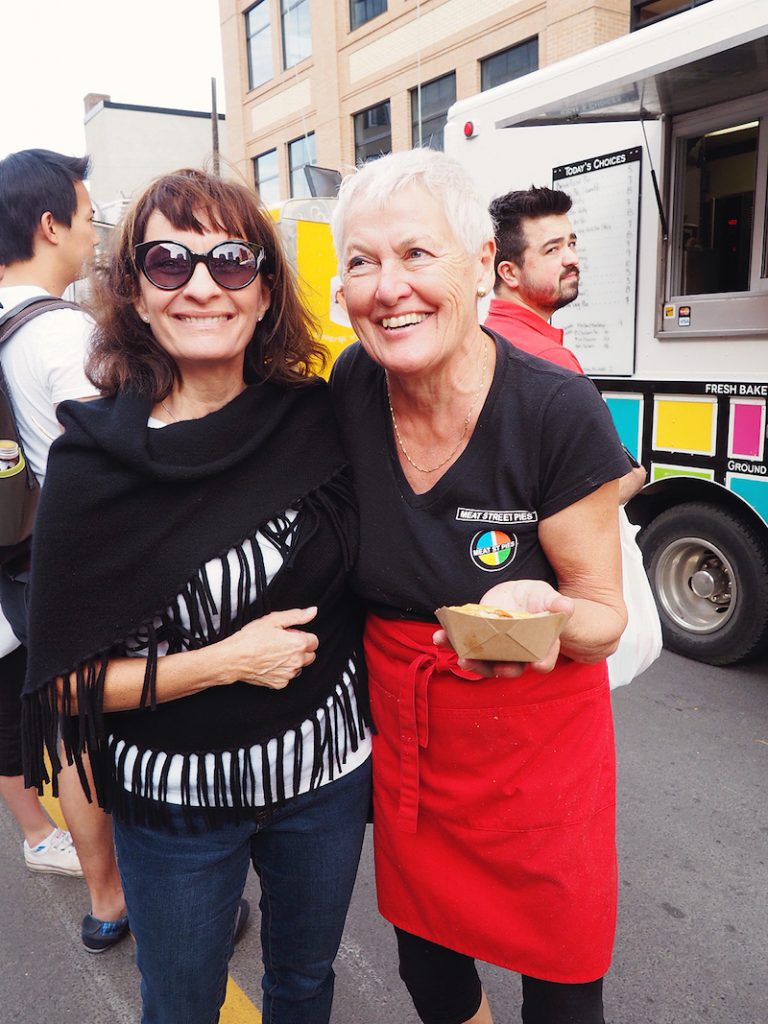 Founded in 2006, Transcend are considered to have kick-started the craft coffee scene in Edmonton when they began directly sourcing their beans and roasting them to order. Now with two cool cafes in the city, Transcend, and their founder Poul Mark, are well-known names in the Alberta coffee scene. Their Garneau Café on 109 Street is a particularly special place to enjoy a brew as the building was once a movie theatre – the distinctive retro signage now serves as a beacon of good coffee. 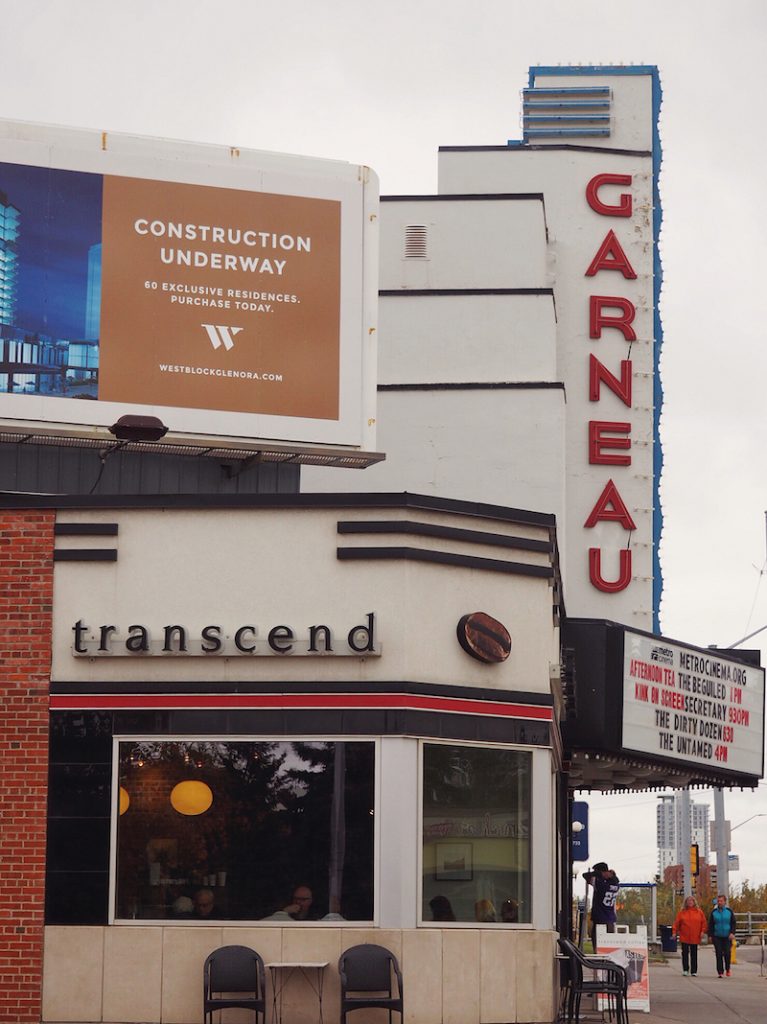 The sign of a good brew – Transcend Garneau Cafe

In bohemian Old Strathcona, the cosiest place to grab a brew in-between browsing all the boutiques is Block 1912 on Whyte Avenue. With its walls lined with second-hand books, a tempting cabinet of tarts, desserts and gelato plus free Wi-Fi – you’ll want to lose a few hours here!

Read more about the food and fashion scene in Old Strathcona 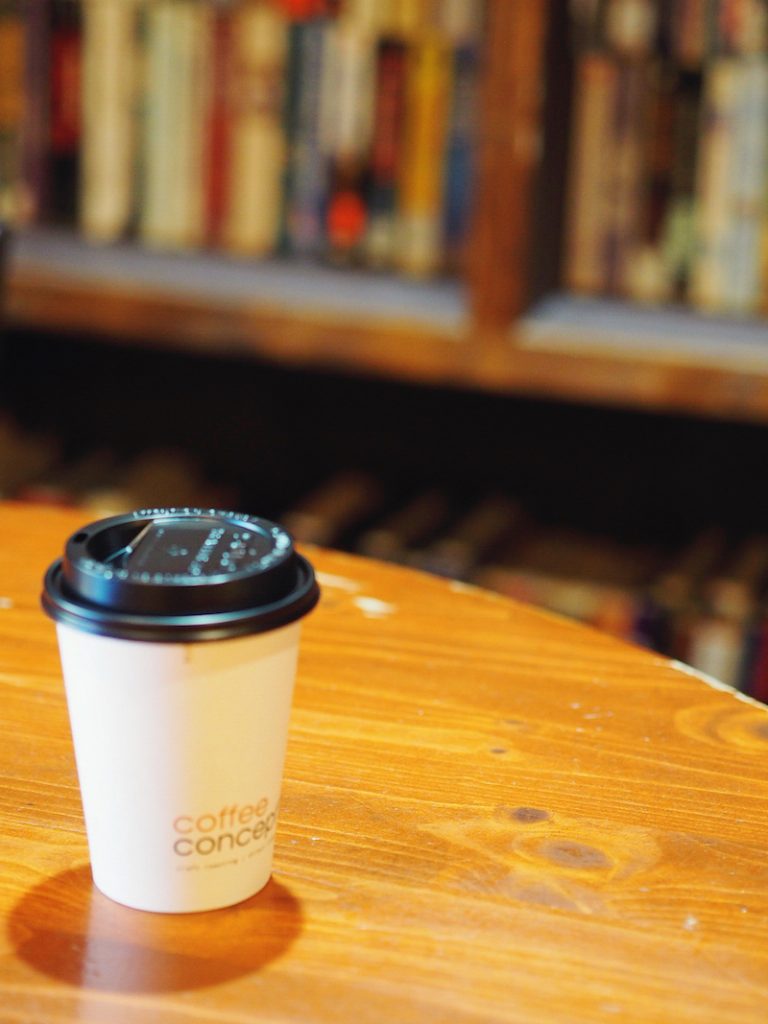 With its soaring windows and minimal furnishings, District Café and Bakery wouldn’t look out of place in Melbourne. Aside from its hipster interior, District are known for their barista coffee and generously-proportioned baked goods. (Just look at those cinnamon buns!) District proudly source their produce from Alberta’s best farmers and as a result the all-day menu is filled with hearty salads, sandwiches, tarts and pies. 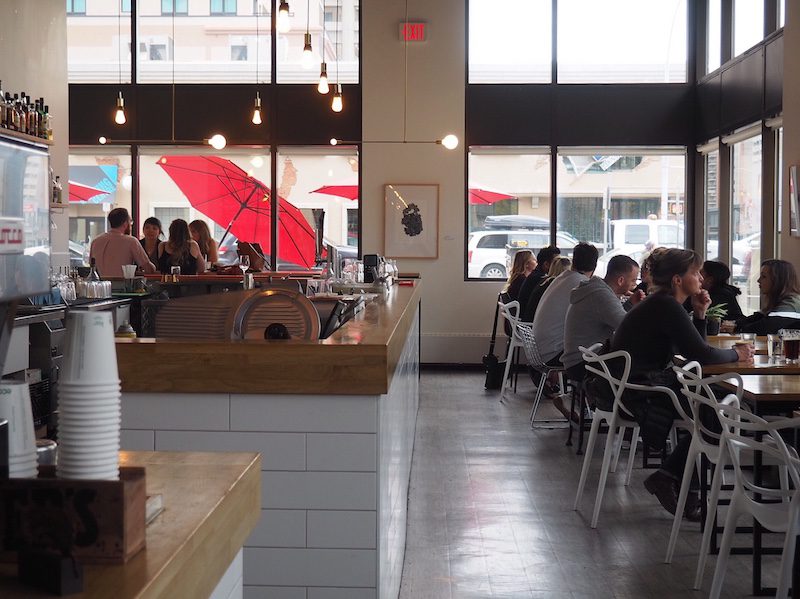 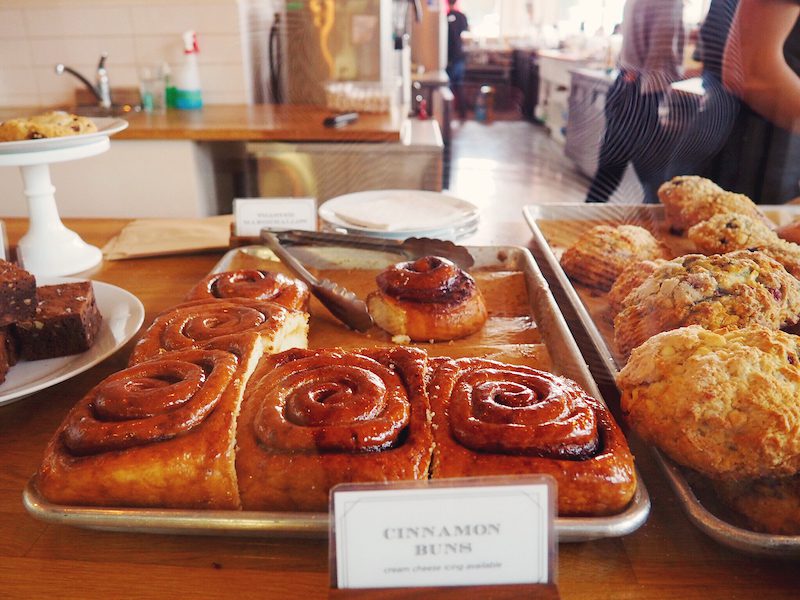 Check out those buns!

There ain’t no party like a doughnut party, right? This tiny shop in Holland Plaza (an old garment factory turned foodie destination) packs a big punch with its creative-flavoured doughnuts. Featuring a daily changing range of 6 flavours (I hear the Birthday Cake and Lemon Matcha Sugar are rather good), you can have a party for 1 or go all out with the Doughnut Party (12 for $30). 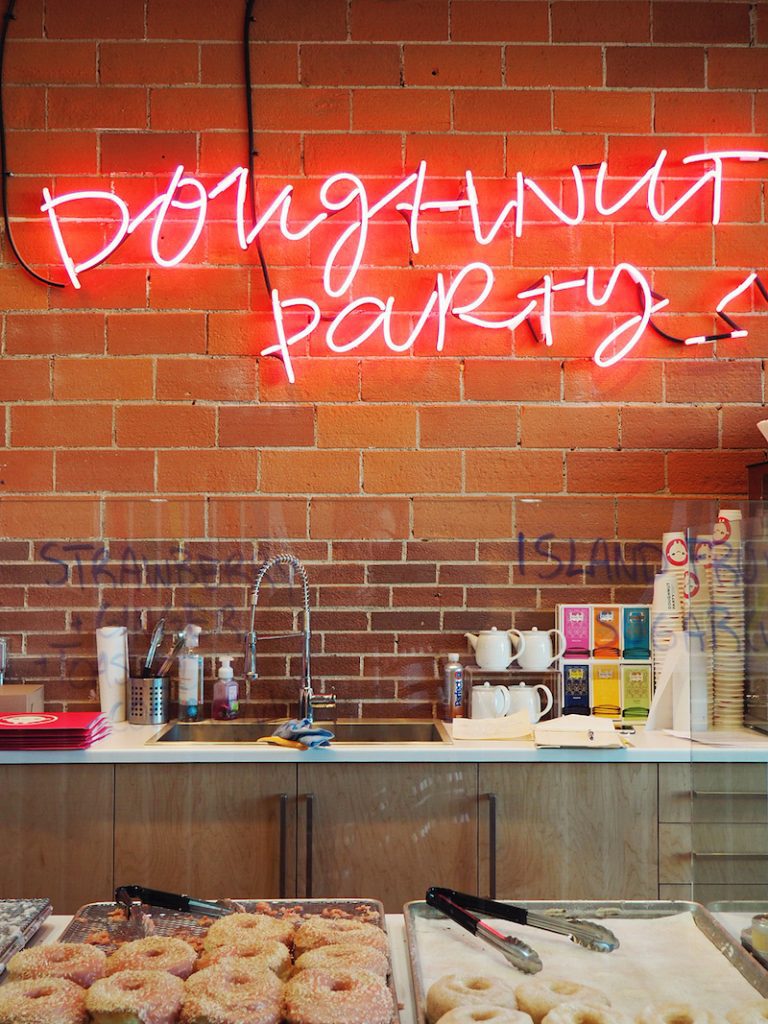 Get the party started on a weekday night!

Nearby Café Linnea is also a great place to grab a tart for brunch or treat yourself to High Tea. The soaring ceilings and exposed brick of the old uniform factory make a perfect backdrop for Linnea’s refined décor and menu, both of which are a tribute to local farmers and craftsmen. 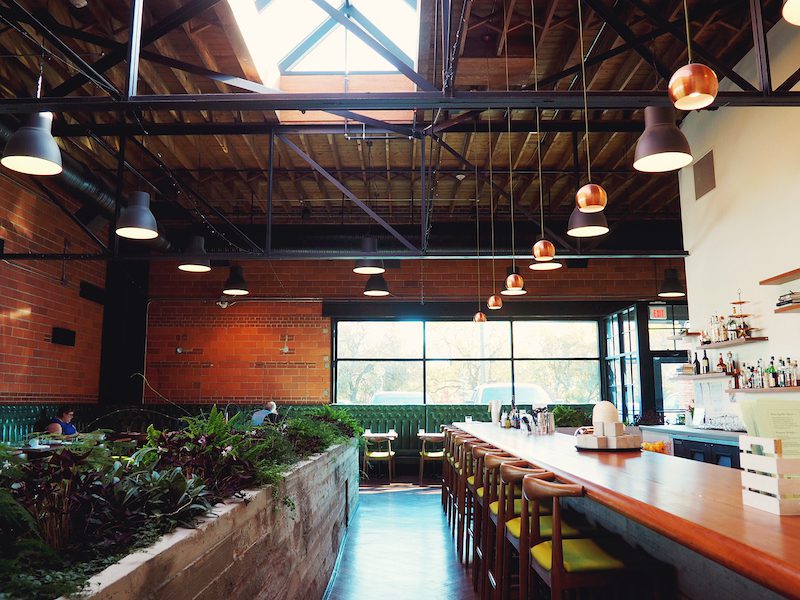 Boasting the prettiest premises in Edmonton, the new Sugared & Spiced bakery in Old Strathcona makes it oh-so-tempting to just pop in for a little pick-me-up whenever you’re passing. The only difficult decision is whether you go for tart, scroll, cookie, brownie, or one of everything. 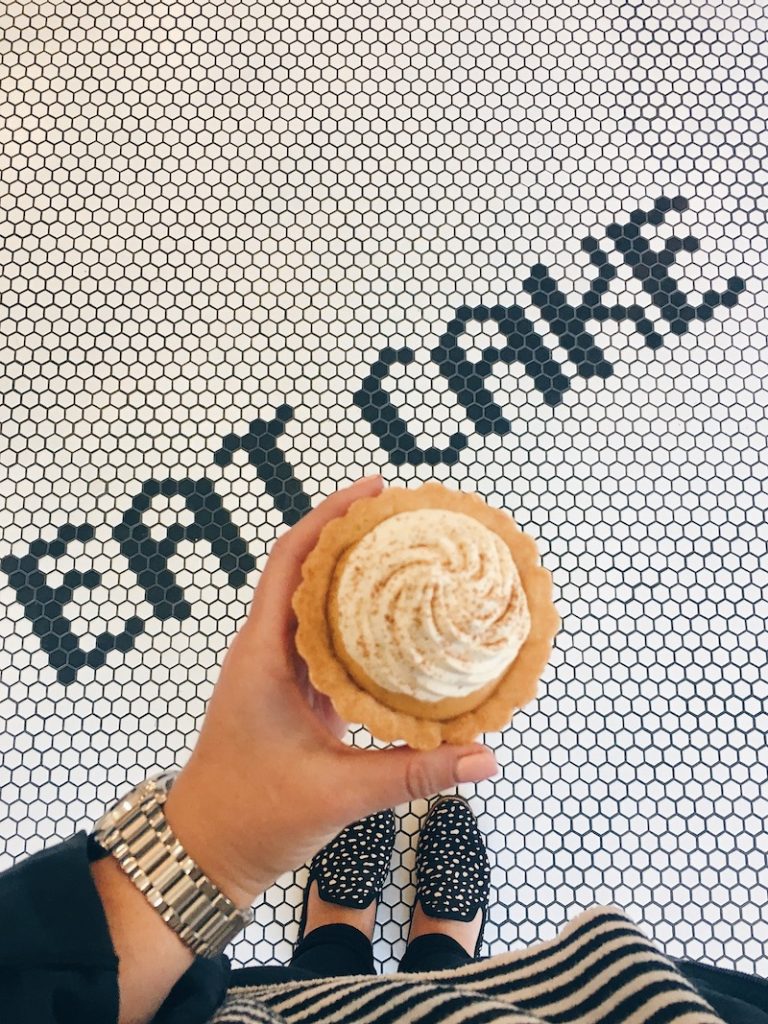 How could you not?

Combining two of the best things to come out of Mexico, El Cortez Mexican Kitchen & Tequila Bar is not to be missed on your Edmonton trip. The décor of the venue is just as quirky as the menu – you’ll love soaking up all the kitschy neon lights as you sip a craft cocktail and wonder just how many tacos you can tackle in one sitting. Other highlights on the menu include the trio of guacamole (adding bacon to avocado was always going to be a good idea) and the unexpectedly good chilli fried cauliflower. 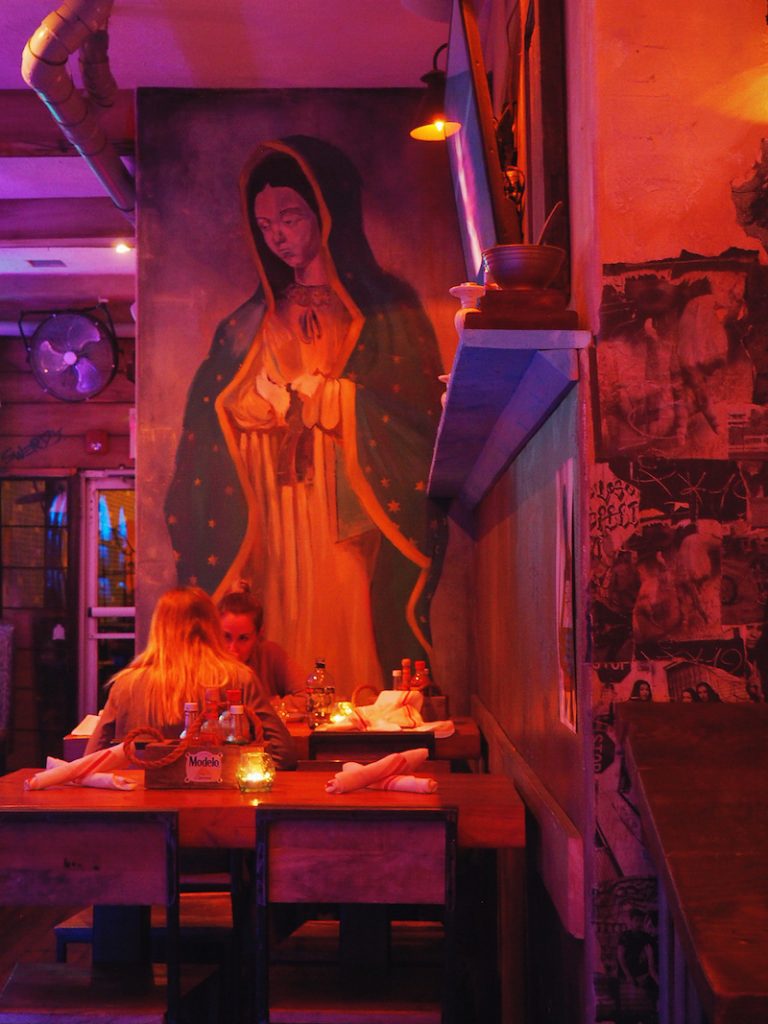 Decor with a difference at El Cortez 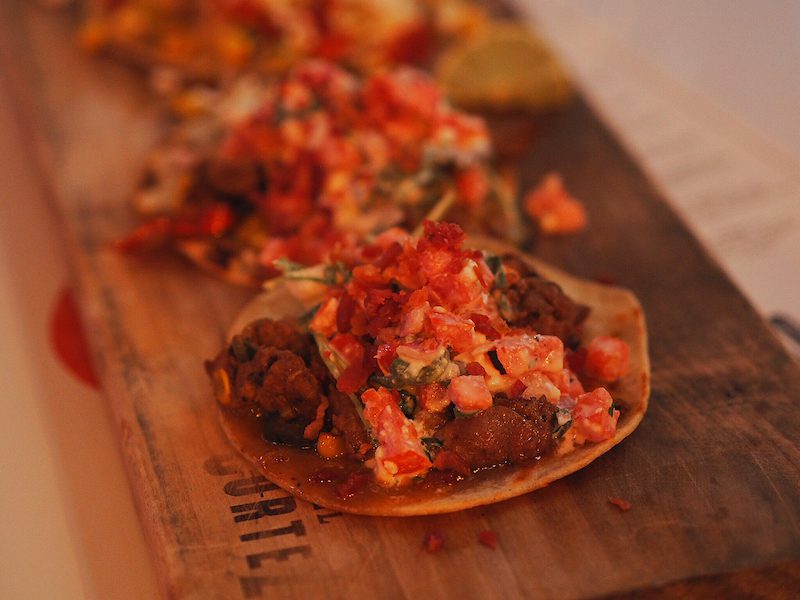 Order a taco.. or three

Another Old Strathcona institution you must visit is Situation Brewing, a fully functioning microbrewery and restaurant. You can join a brewery tour, order a sampler tray of their rotating line up of craft beers or just come for dinner – the wild boar and bison burger goes perfectly with a pint, if you ask me! 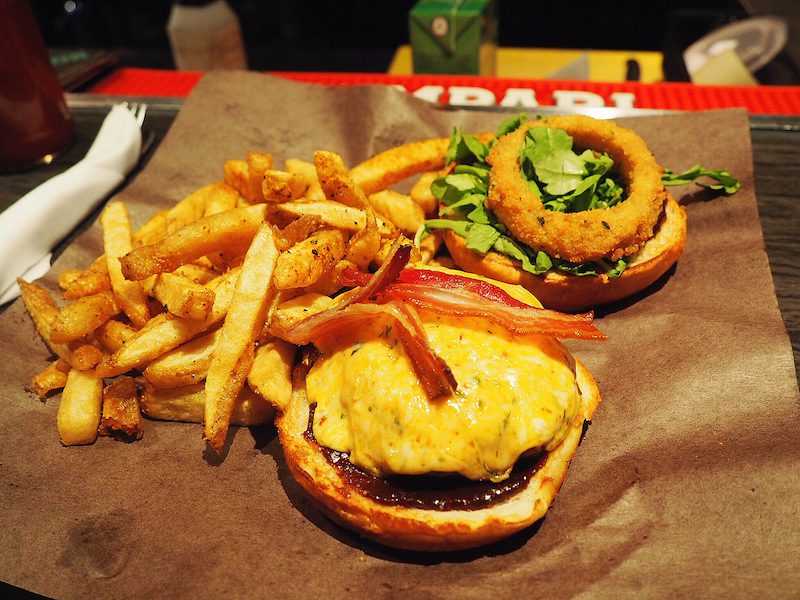 Bison burger and beer at Situation Brewing. It works.

One of the coolest eateries in Edmonton is Baijiu, a neon-lit, speakeasy style restaurant where Asian-inspired share plates and craft cocktails are served to a Hip-Hop soundtrack. Found directly opposite Canada’s only neon museum, Baijiu fits in well with the local attractions – even the wallpaper here is Insta-worthy. Everything I sampled from the dim-sum style menu was seriously good but it’s the bao I’m still dreaming of. Time your visit for a Tuesday and you’ll be able to try a guest chef’s take on the bao and get 2 for a bargainous $7. 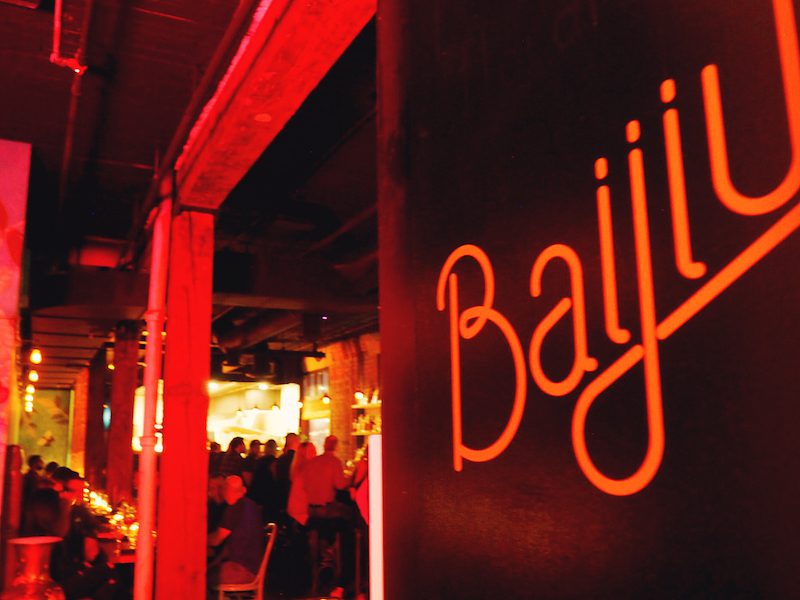 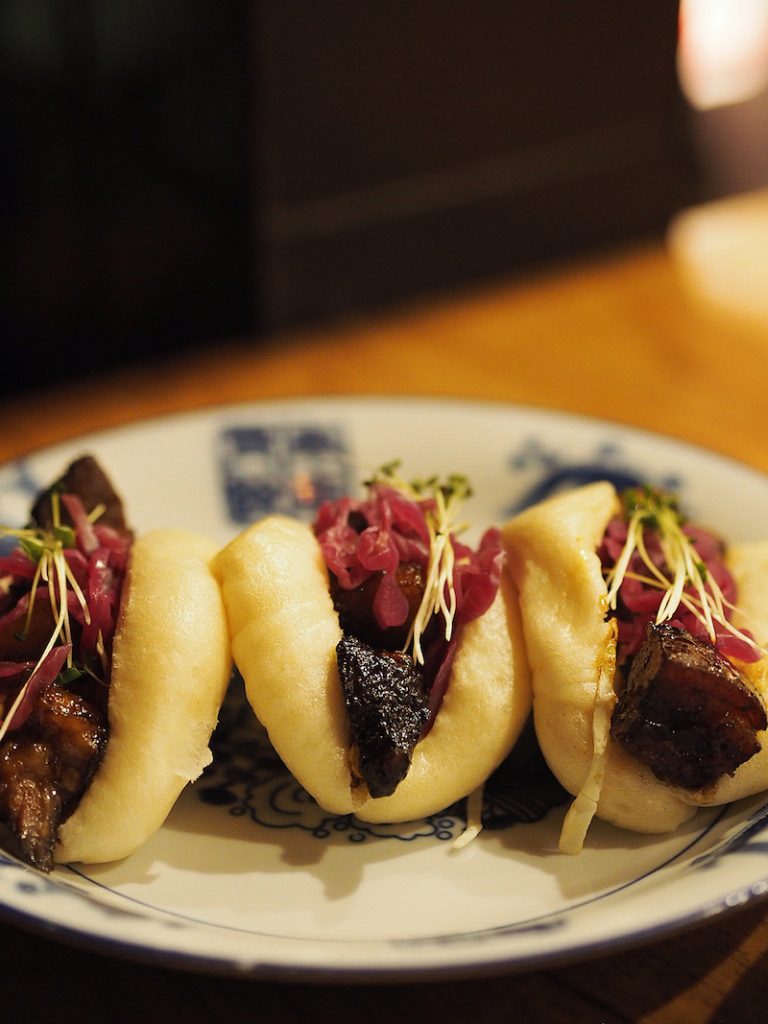 I dream of these bao at Baijiu Edmonton

Cool things to do in Edmonton

Best things to do indoors in Calgary

This post was brought to you as a result of the Captivate Alberta blog trip, created and managed by Captivate in partnership with Travel Alberta. All content and opinions are my own, as always.

Checking In Week 6: Eating All The Foods In Alberta, Canada