I remember a Home Economics class in secondary school where you had to create a hat inspired by another culture. I used this (rather bizarre) brief as my chance to research Thailand, a destination neither I nor anyone I knew had ever been to, but for some reason was the obsession of my 13-year-old self. I created mood boards of orange, gold and turquoise, cut pictures of beaches and rocks from brochures and eventually made one of the most hideous pieces of headwear you have ever witnessed. (Binned, quite rightly, shortly after I finished it.) 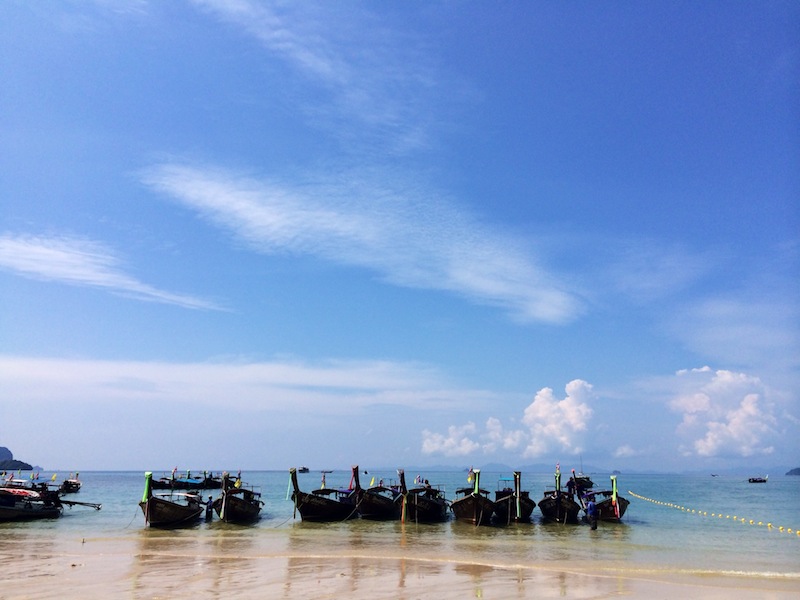 You know you’re in Thailand when..

It was some 13 years later I got to live out my Thailand obsession. It was a prerequisite of my round-the-world gap year, added to the end of the itinerary so we could work our way round to it, 8 months of travel building up to it. I had a month there visiting temples and hill tribes in Chiang Mai, partying in Ko Pha Ngan and Ko Samui, marvelling at The Beach in Ko Phi Phi and eating so much green curry my pee colour matched it.

I left reluctantly, making promises to myself to come back some day. 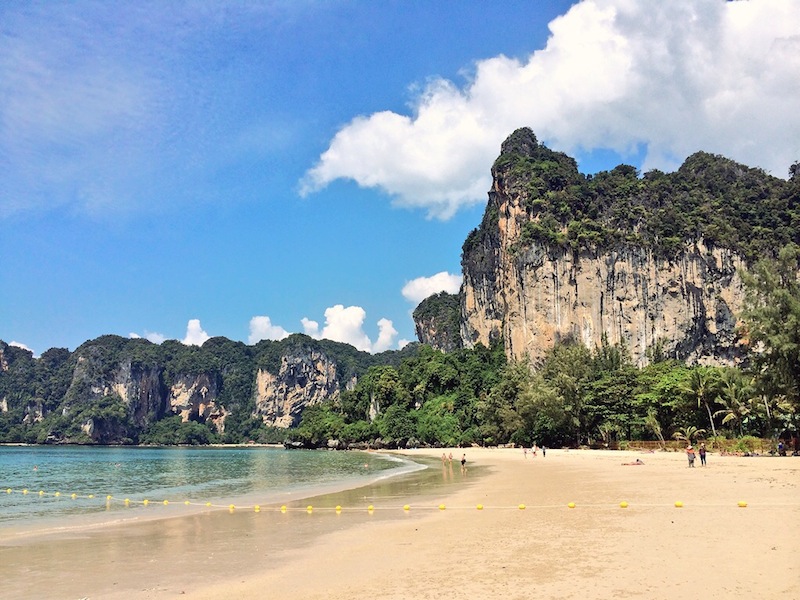 Railay Bay was just how we pictured it

That chance came up in 2010 when I travelled to Asia with a colleague who had never been there. We spent New Year’s Eve at a beach party in Phi Phi and started the new year in recovery on Ko Lanta. We had so much (calamitous) fun the same friend convinced me to start a blog to share the stories. The rest is blogging history.

So last week was a big deal for me. It was a return to a country I can’t help but be drawn to and it was a big birthday the last few years of blogging have been building up to.

But it was extra special this time because I visited with my boyfriend. He too shares my love for Thailand – it was this, in fact, which played a part in bringing us together. As we technically met through blogging. He was one of the early readers of this blog (and I of his, when he still had one) and left a comedy comment on a post I wrote about Thailand. That was 4 years ago and is one of the earliest memories I have of him. 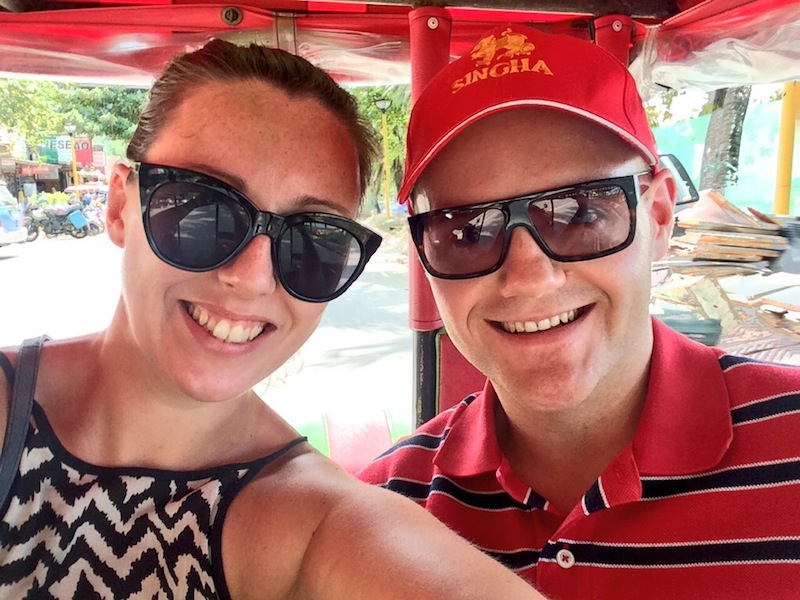 Justin and I taking a token Tuk Tuk selfie

Which brings us to last Saturday. We had arrived in Thailand a few days earlier and found it to be everything we both hoped and remembered it to be. Krabi was an area of Thailand that neither of us had visited previously and the beauty of Railay left us speechless. We moved further down the coast for the seclusion and spa luxury of Anantara Si Kao and spent the day of my birthday at its private beach club on the idyllic looking coast of Ko Kradan. 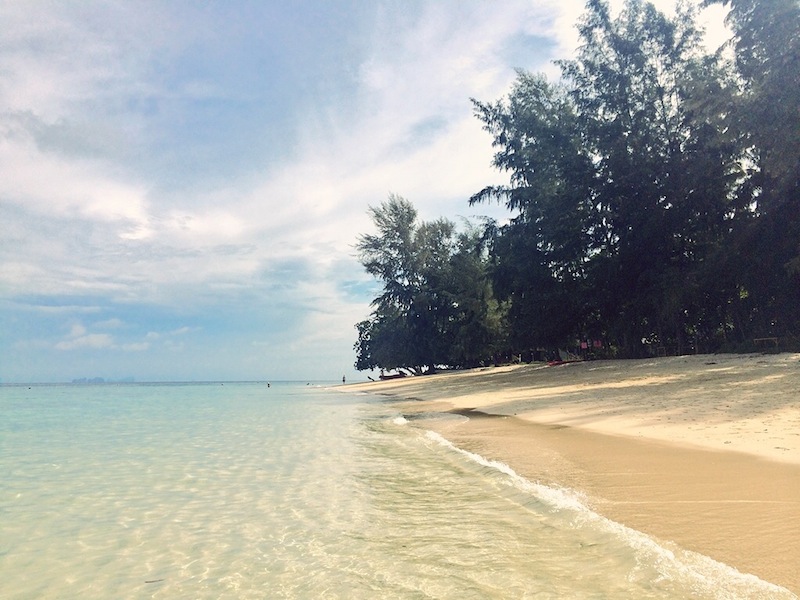 Celebrating turning 30 on this idyllic beach on Ko Kradan

The hotel (more of which later) treats all its guests like royalty but really upped the ante for my 30th birthday. Housekeeping left a floral message and the restaurant (in collusion with my boyfriend) set aside a streamer strewn private area of the dining room, in which they served a specially created 4 course Thai menu. We dined on Thai pork salad, spicy fish soup, red curry, a primary-coloured coconut milk pudding (Tub Tim Krob) and cake, which the team bought out singing. Nature also upped its game, cloudy skies clearing in time for us to watch a deep purple sunset over neighbouring island Ko Lanta. 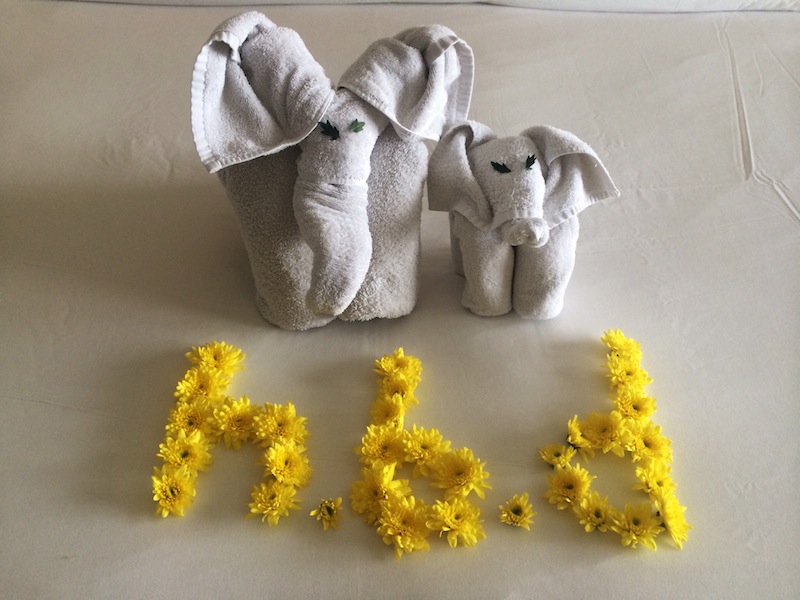 A message from housekeeping 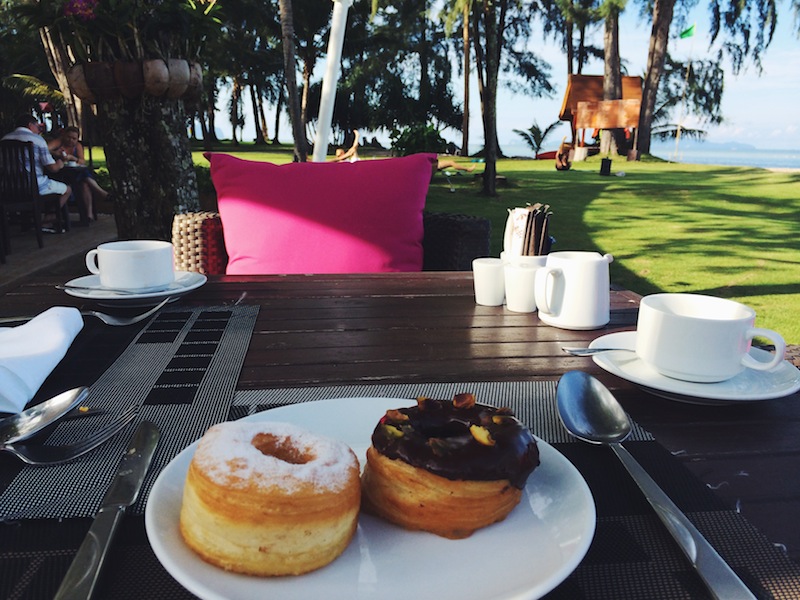 The best birthday breakfast ever! 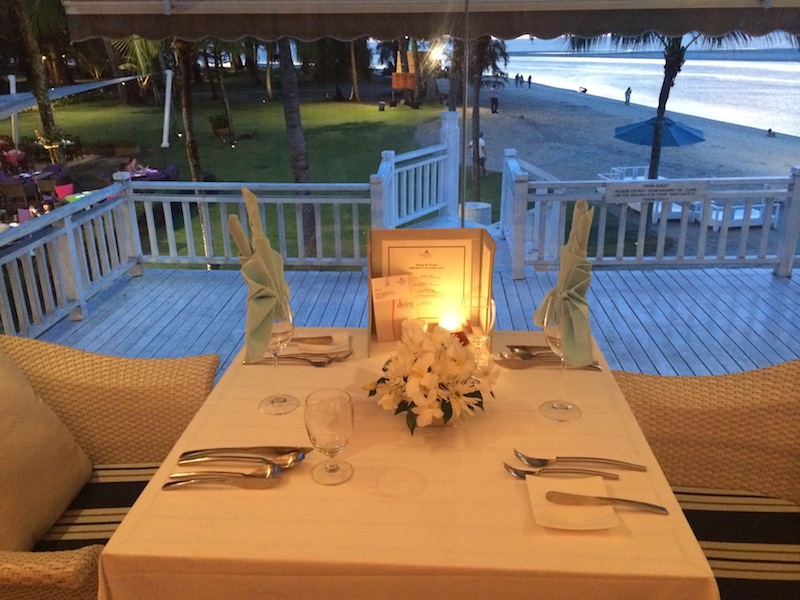 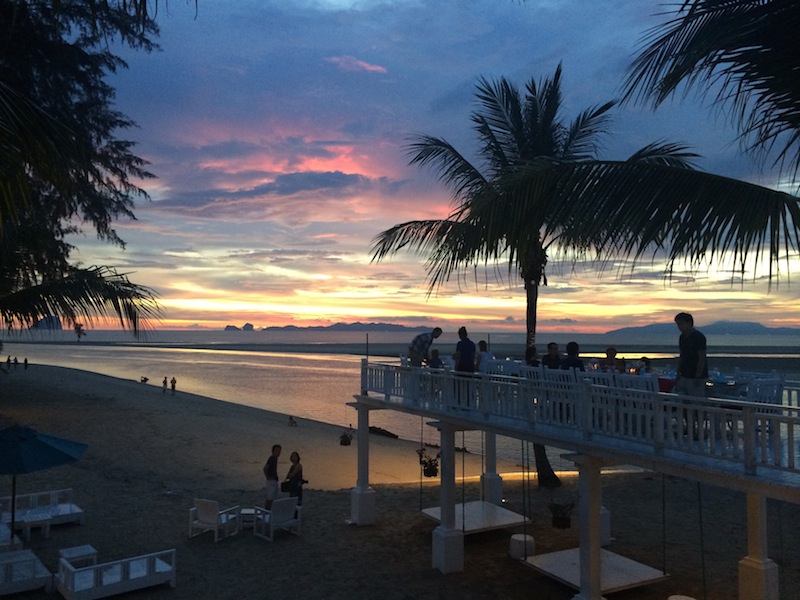 The view from dinner

My family had sent ahead presents, which I wore on the day, and my boyfriend presented me with a voucher for a seaplane ride over Sydney. The day prior had been the King of Thailand’s birthday so we have spent the evening enjoying traditional Thai dancing and lighting paper lanterns (our first had fizzled out and flopped into the ocean but we shan’t dwell on that!) I’d also spent time in the spa enjoying traditional Thai massage. In short: I couldn’t have felt more spoilt. 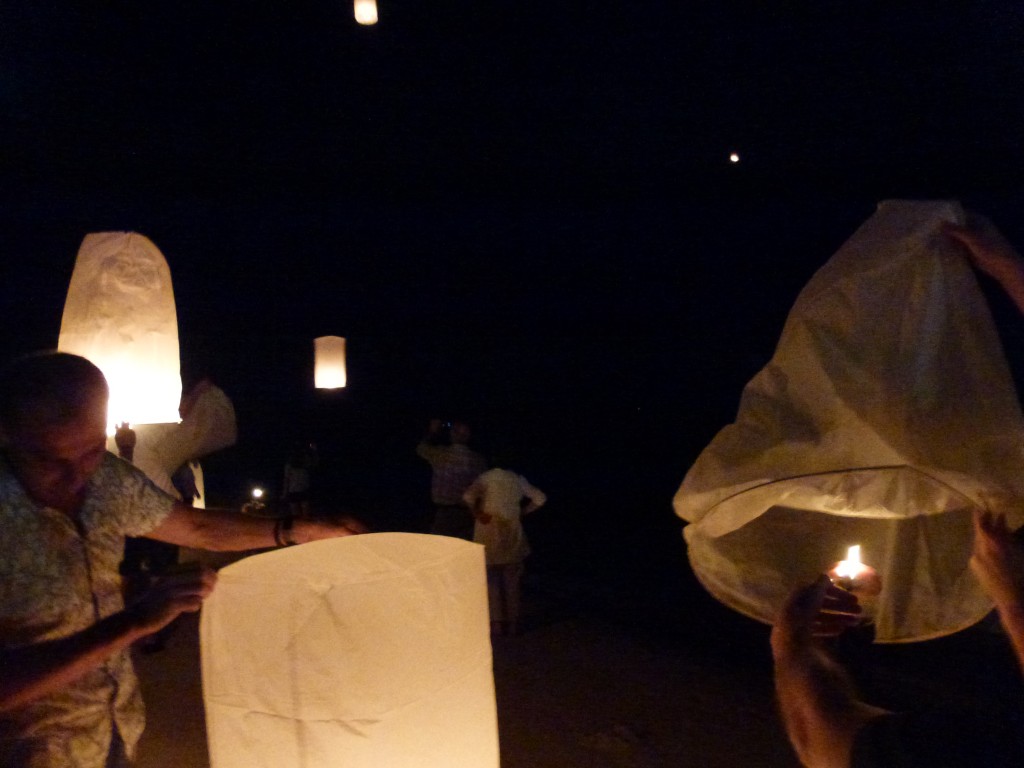 Lanterns to celebrate the King of Thailand’s 87th Birthday

But it got better.

After dinner, my boyfriend who had started doing some unusual heavy breathing, asked me to join him on a walk along the beach, illuminated that evening with light from the full moon. When my hand brushed his pocket I felt his muscles tighten. Suddenly I realised my surprises may not be over.

Without giving too much away from our private moment, I’m delighted (ecstatic/gone a little bit loopy) to say my 30th birthday concluded with my best friend, loyal reader, travel companion and (in all senses of the word) partner asking me to marry him. 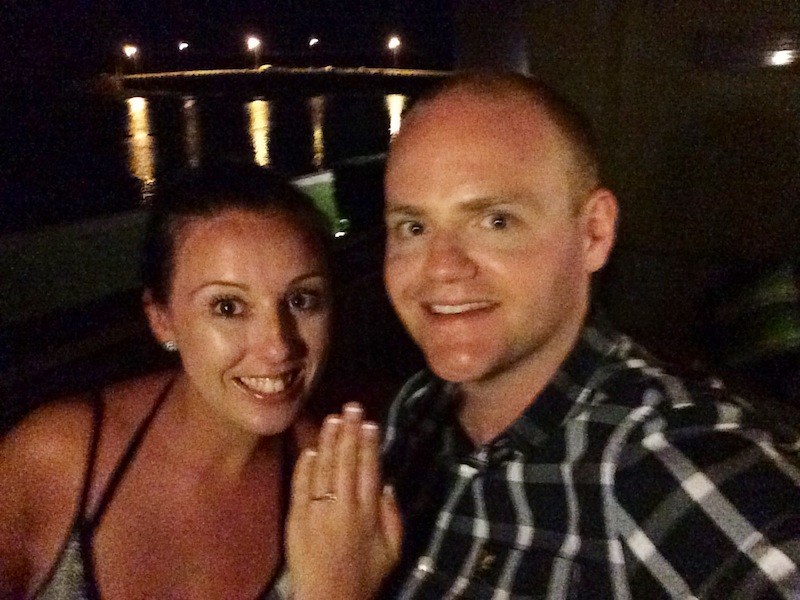 And just in case you were wondering..

My answer was yes. 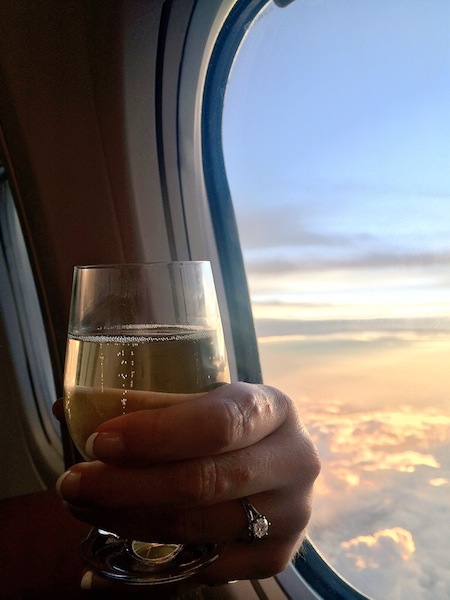 Returning from Thailand with my fiancé (and a few bites from the sandflies – very typical me!) 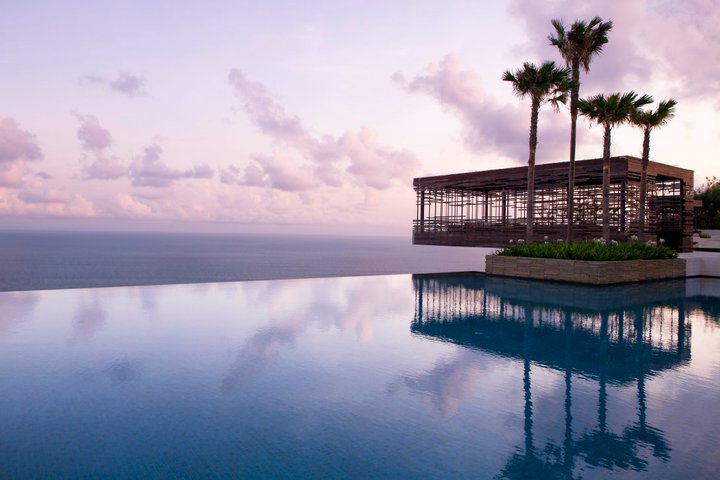 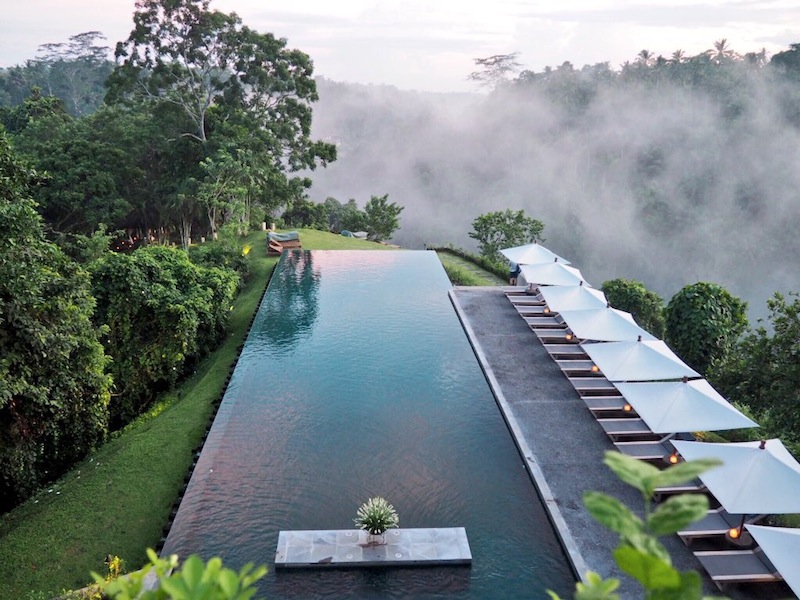 Behind The Scenes Of Travel Blogging - Vlog 10