From the dry Red Centre to Western Australia’s pink lakes and Queensland’s pure white beaches – there are so many staggeringly beautiful places to explore in Australia.

As I’m now lucky enough to be living here, I’ve compiled an Australia bucket list with all the incredible places and experiences I’ve read it would be crazy to miss.

I’ll update this post as and when I’m lucky enough to complete them. Do you have an Australia bucket list? I’d love to know what’s on it!

Tasmania’s cool factor went up some significant notches after Lonely Planet named it one of the world’s top ten regions to visit in 2015. From what I’ve read we can expect gourmet food and wine in Hobart and glorious wilderness in Freycinet National Park.  Wineglass Bay, The Bay Of Fires and Cradle Mountain are all high on my Tassie must-see list. 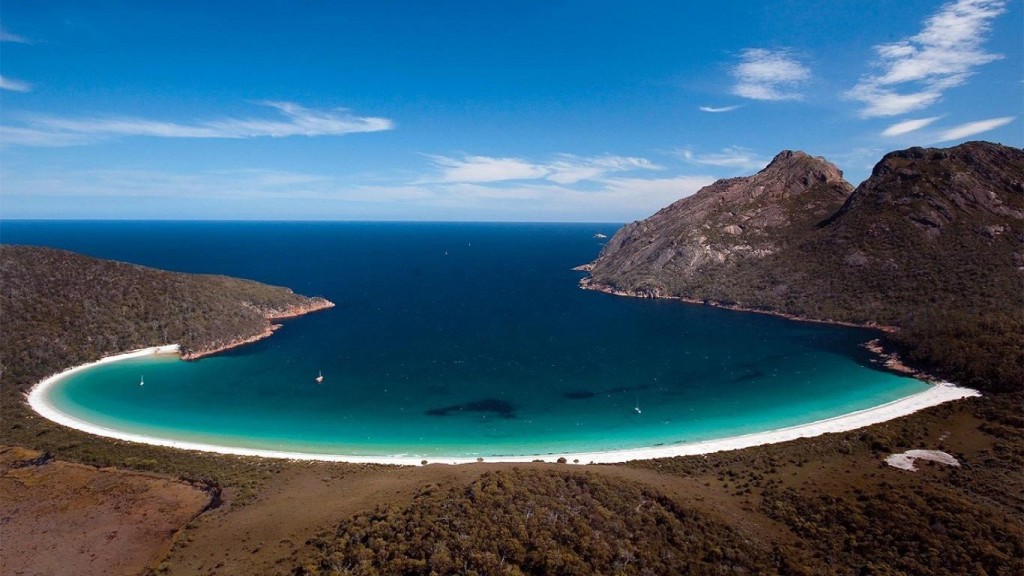 Who wouldn’t want a sip of this? Wineglass Bay, Tasmania

Stay:  Pumphouse Point is an 18-suite hotel hidden inside an abandoned electrical station. Rooms are split between The Shorehouse (on land, obvs) and The Pumphouse, which sits 250 metres into a lonely lake in a World Heritage-listed wilderness. Wow moments were made of this. 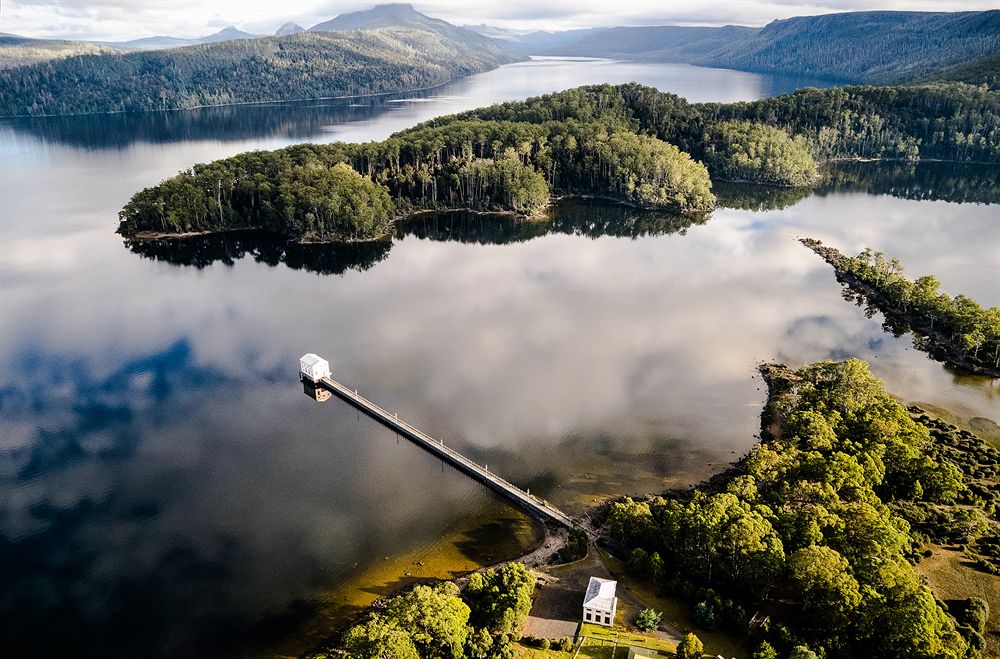 The Kimberley is a vast yet little known corner of Western Australia, which happens to be larger than 75% of the world’s countries! (How crazy is that?!) This sunburned corner of the country is home to rugged gorges, vast desert and dazzling waterfalls. High on my wish list is a camel ride through the desert at Broome and a drive to the beehive-shaped Bungle Bungles of Purnululu National Park. 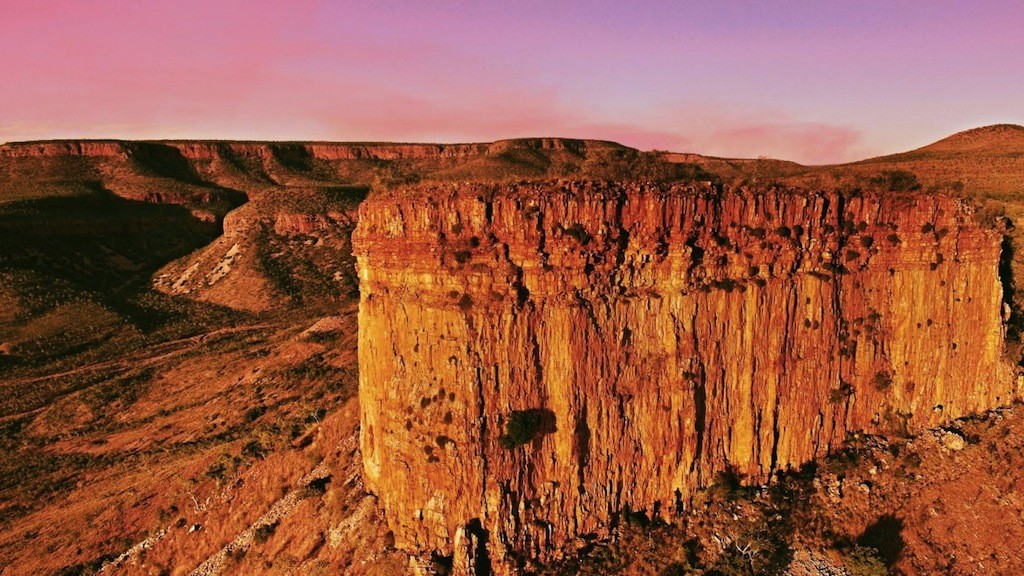 Stay: Not your average caravan park – Lake Argyle comes with the best infinity pool in The Kimberley! 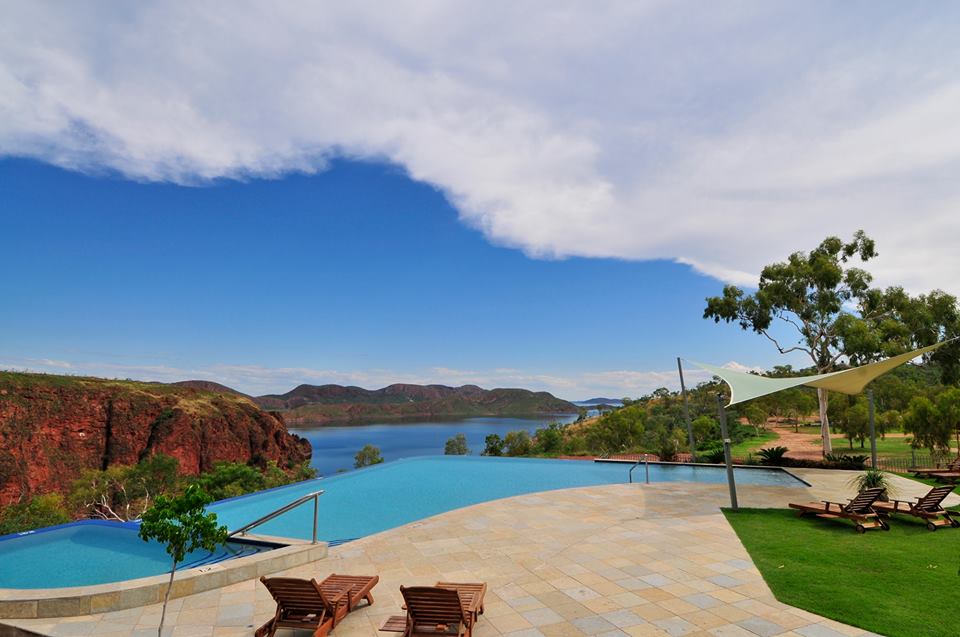 At the bottom end of Western Australian is one of Australia’s whitest beaches (Lucky Bay) and some mind-boggling pink lakes.

Pink Lake (7 kilometres from Esperance) is set against a backdrop of some of Australia’s most stunning coastal scenery. In the right weather conditions, the lake turns a soft shade of pink due to the high concentration of algae in the water. 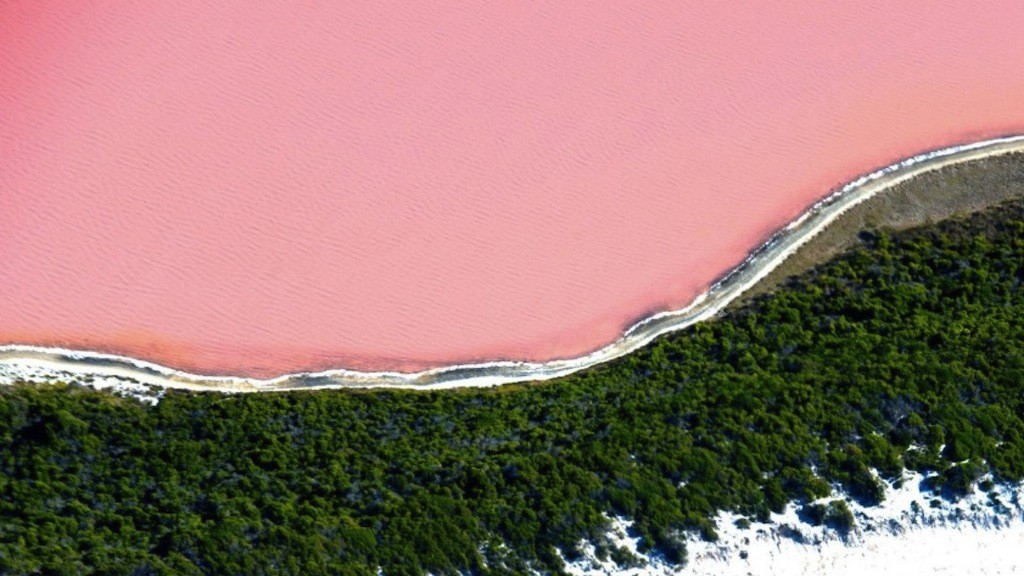 Stay: Ideally, somewhere near Lucky Bay with these fellas! 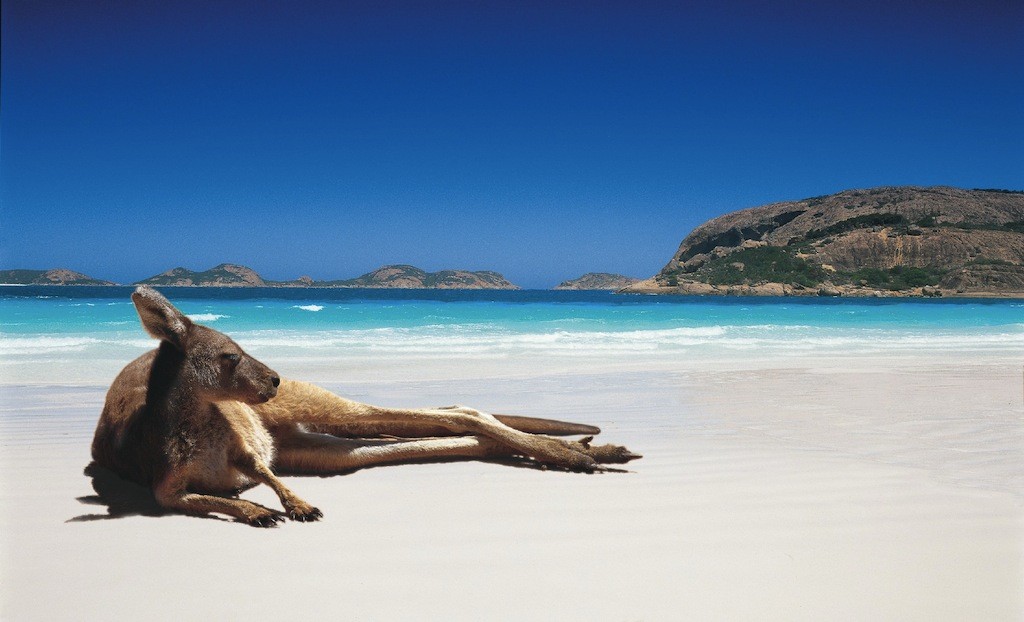 When I first wrote this post I’d been to Uluru for a work trip and longed to go back with my Aussie hubby who had never seen this incredible part of his country. We’ve since been back together and he enjoyed the landscape, culture and bush tucker in Australia’s Red Centre as much as I did! 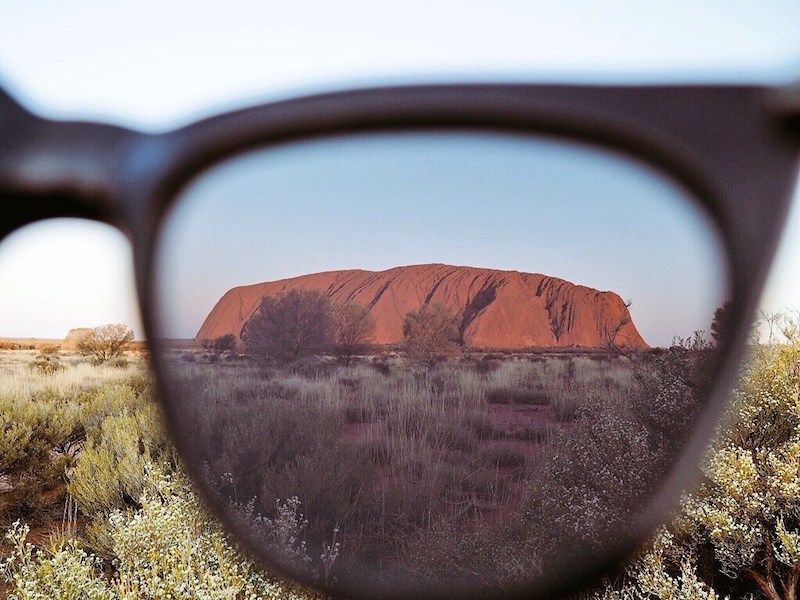 Stay: Standing at the gateway to Uluru-Kata Tjuta National Park, Longitude 131° is the closest accommodation to Uluru, and with its eco-smart fire pits and bespoke Baillie beds it’s one of the most luxurious places you can stay in the Outback. I can only imagine how incredible it must be to wake up and see such a sacred icon from your bed.

Update:  We actually stayed at the slightly more affordable Sails in the Desert! 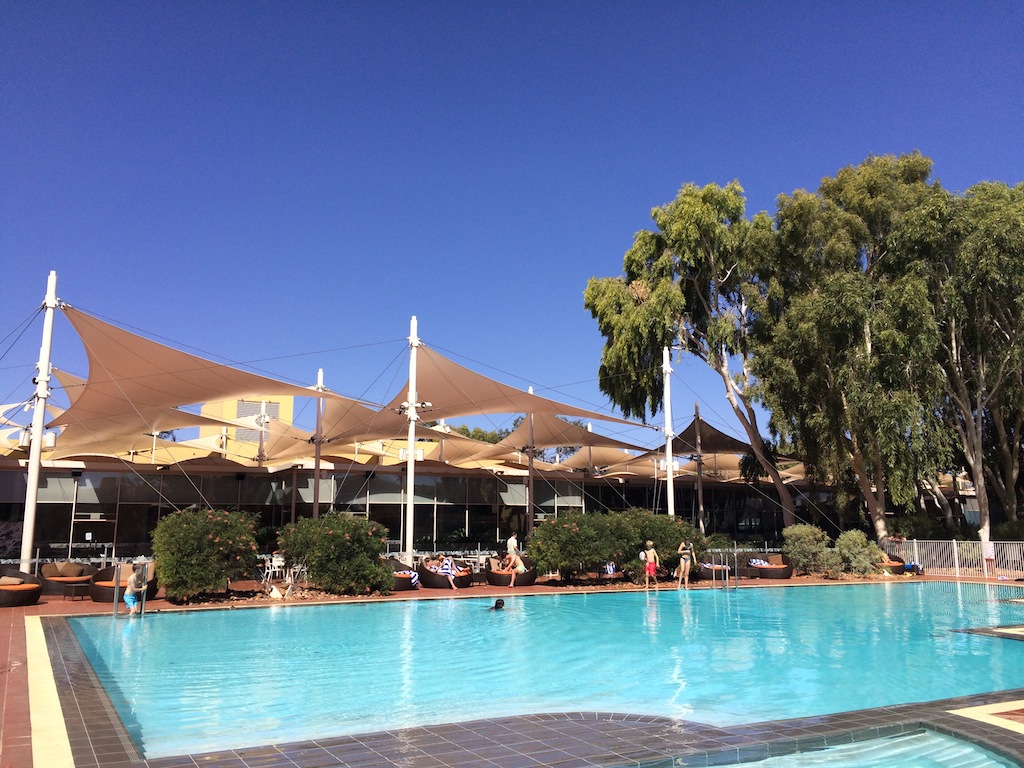 I sailed the Whistsundays during my gap year in Australia but they are so beautiful I want to go back for a second look. In particular, I want to revisit the spectacular Whitehaven Beach – 7 kilometres of squeaky pure sand – and do some more snorkelling at the Great Barrier Reef.

Update: I did it! I went back in style and stayed on Hamilton Island and had the incredible experience of flying in a helicopter over the Great Barrier Reef and Whitsundays as well as doing my first ever scuba dive on the reef. I stayed here. 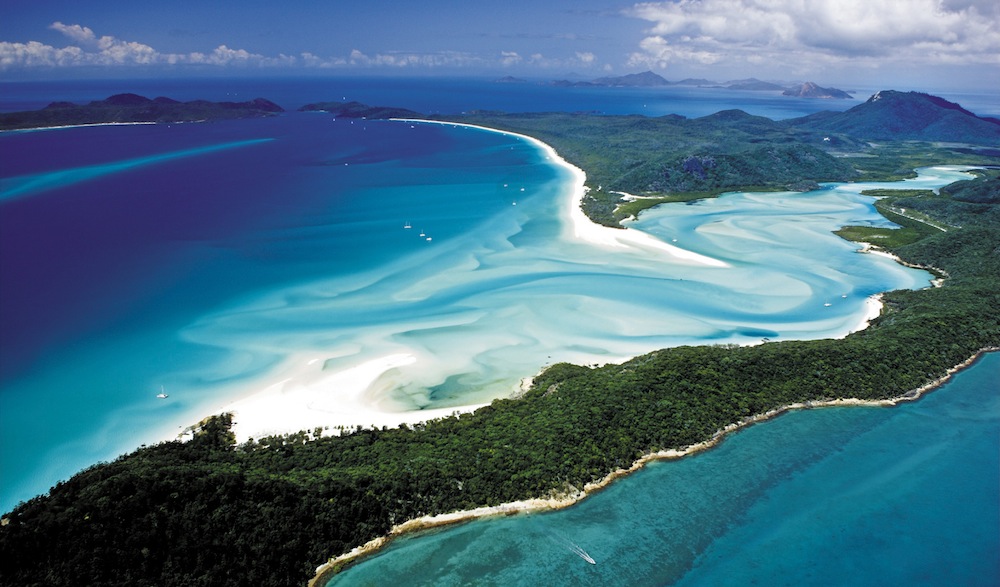 Stay: Luxury hotel group One & Only gave this perfectly positioned property on Hayman Island an $80-million refurbishment. That pool was made for posing (and sunset watching!). 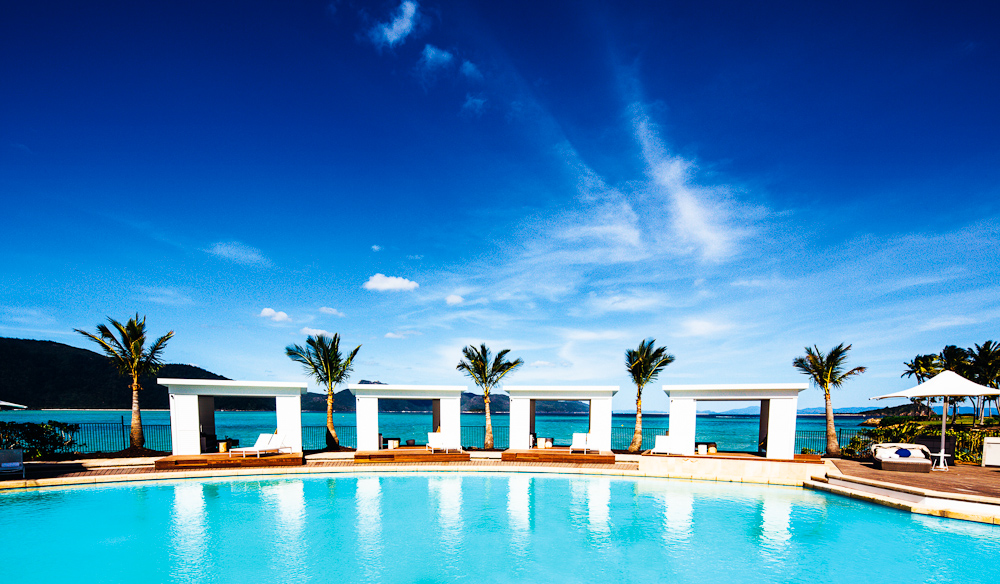 The very sexy pool at One & Only Hayman Island – image by australiantraveller.com

Another beach world-famous for its pure white sands is that of Hyams Beach in Jervis Bay. Just 3 hours south of Sydney and stuffed with beautiful beaches, dive spots and the odd passing whale and dolphin, Jervis Bay is perfect for a weekend away from the city.

Update: We visited in Jan 2016 when my sister came over from the UK. Hyams Beach was as pretty as we pictured. 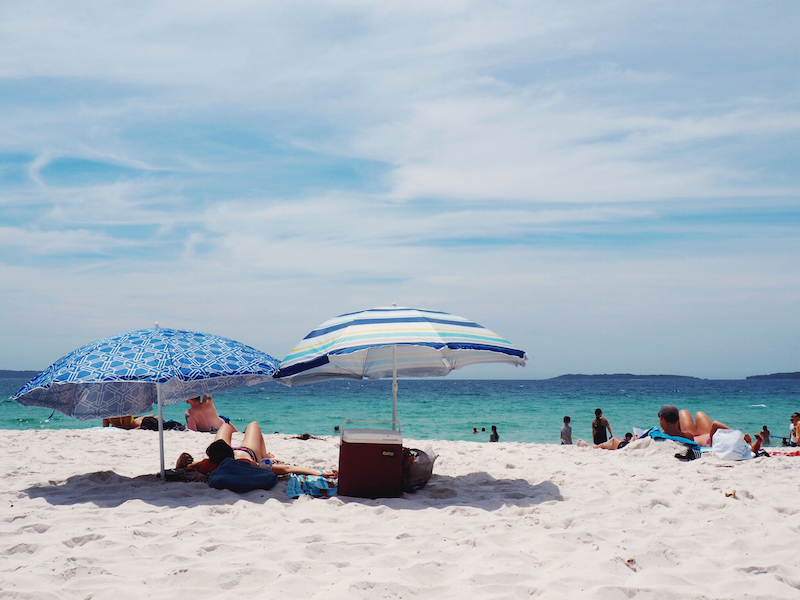 Stay: I was super keen to stay at Paperbark Camp, the most well-known glampsite in Australia, but it was fully booked. Instead we checked into a safari-style tent at South Coast Retreat at Greenwell Point and had a glamping experience at a reasonable price. 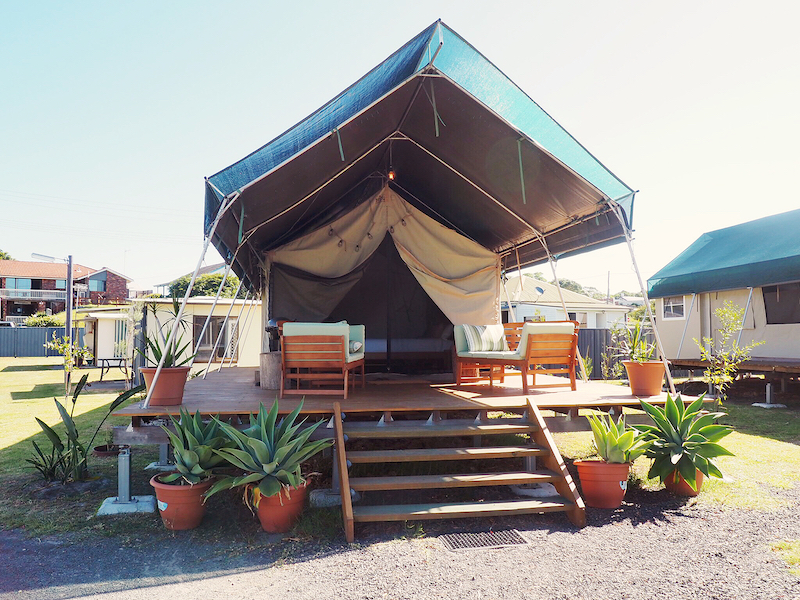 Also close enough to Sydney to make me feel bad for not having been already is the famous wine region of Hunter Valley. My research tells me the region is not only great for wine lovers but also offers incredible rural scenery and a big foodie scene too.

Stay: I recently discovered the luxury Spicers Retreats and it transpires they have one nestled amongst the vineyards of the Hunter Valley. I can imagine it been a really cosy and indulgent place to snuggle in during the winter months. 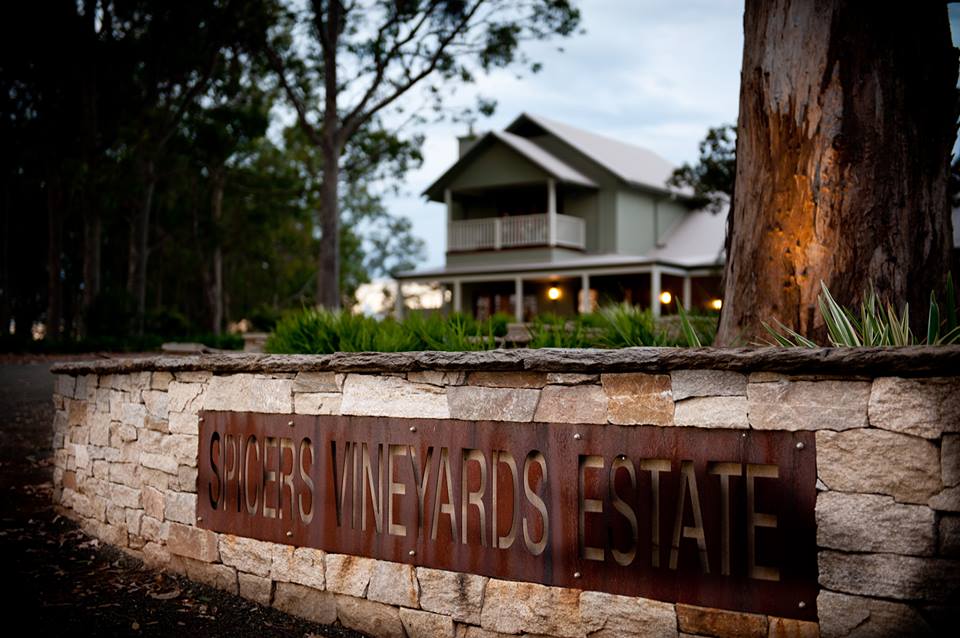 A bit like The Whitsundays, I’d been to Byron Bay as a backpacker and felt like I needed to go back as an Aussie resident to see a more grown up side. Byron is one of my favourite parts of Australia – it’s got surfer vibes, bohemian boutiques and a health food scene that make it such a chilled place to escape. 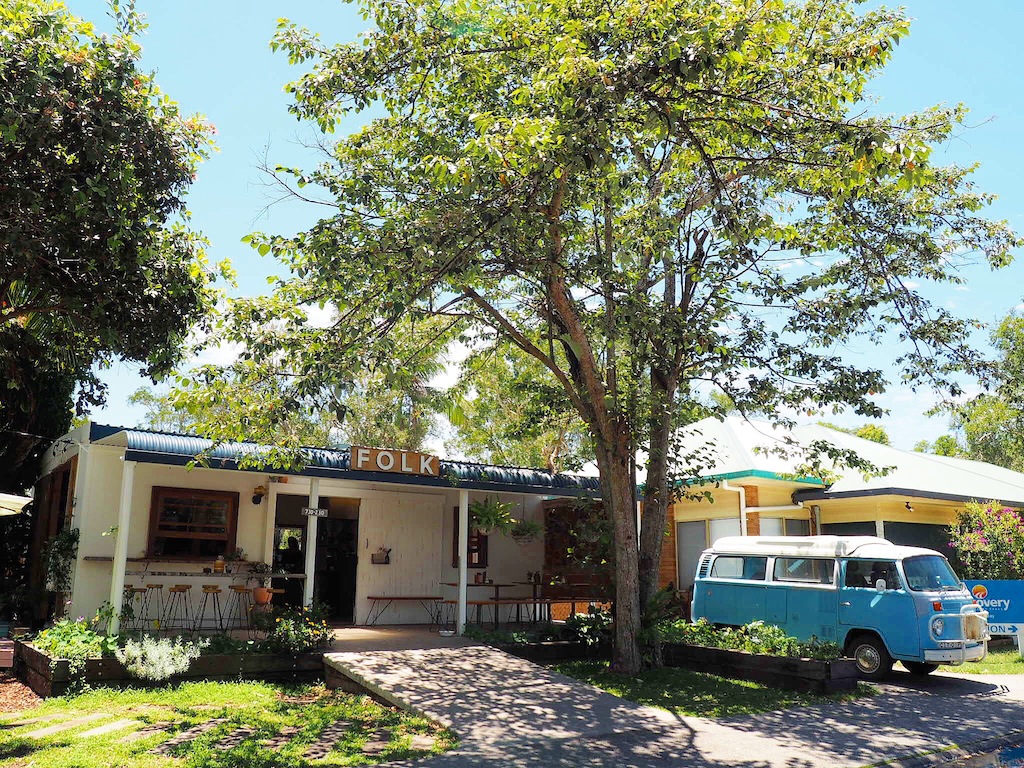 Stay: I’d love to indulge in daily yoga and rainforest walks at the multi award-winning The Byron at Byron Resort and Spa.

Update: Bit of a theme here but we ended up staying at the more affordable (but equally chic) Bayshore Bungalows.

We also discovered the newly opened Elements of Byron which we are keen to stay at on the next visit. 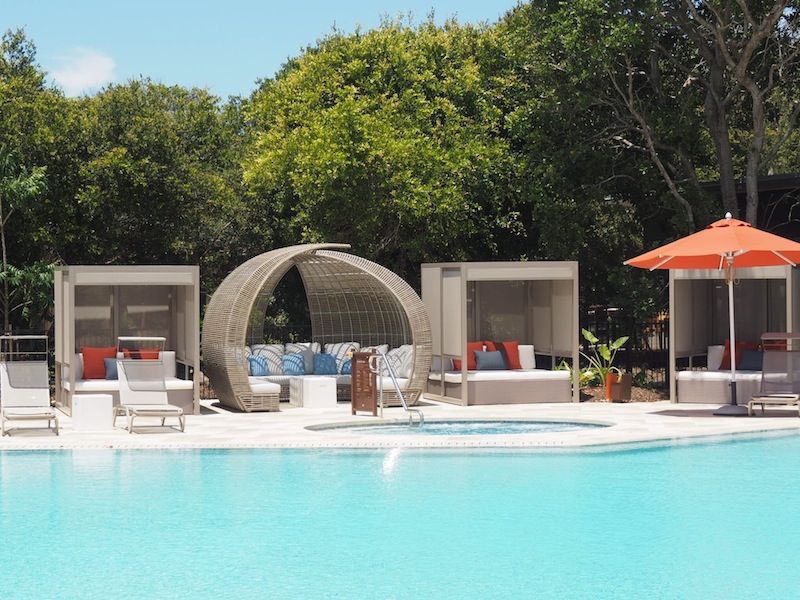 This last one is not exactly a destination but rather a journey I’d love to take from one end of Australia to the other. The Ghan is a passenger railway which runs from Darwin to Adelaide (its name honours the Afghan camel drivers who used to traverse the region) and takes you right through the centre of the country. The journey takes 2 days in either direction but you can extend your trip by taking off rail adventures in Katherine, Coober Pedy and Alice Springs.

Update: We ticked this magnificent journey off the bucket list in November 2016.

10 reasons The Ghan should be on your bucket list 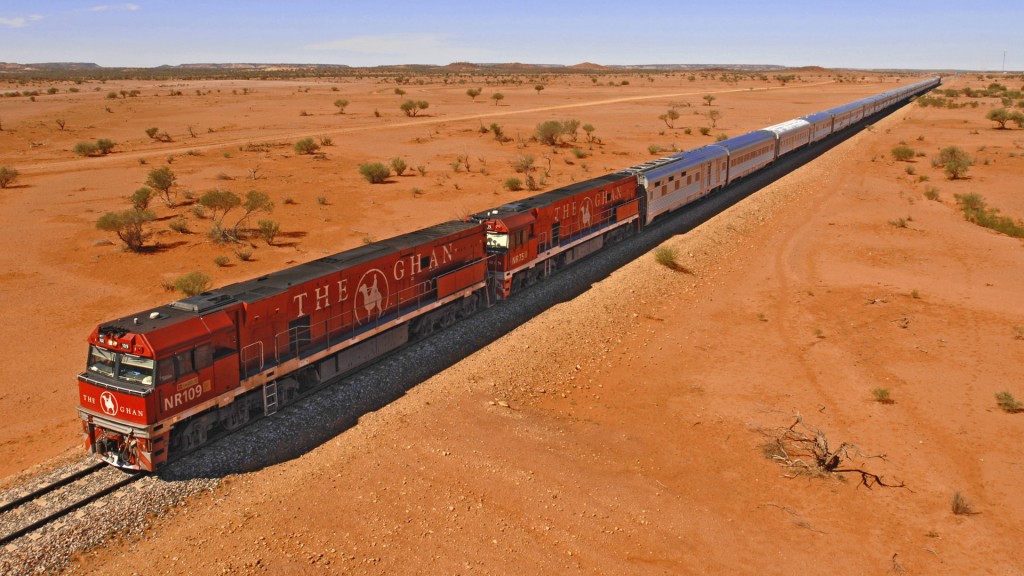 Journey through the centre of Australia on The Ghan

Fraser Island, Queensland – drive on the beaches of the world’s largest sand island and bathe in crystal clear lakes.

Noosa, Queensland – a gorgeous resort on the Sunshine Coast. I had surf lessons here – lots of great memories even if I was terrible at it. 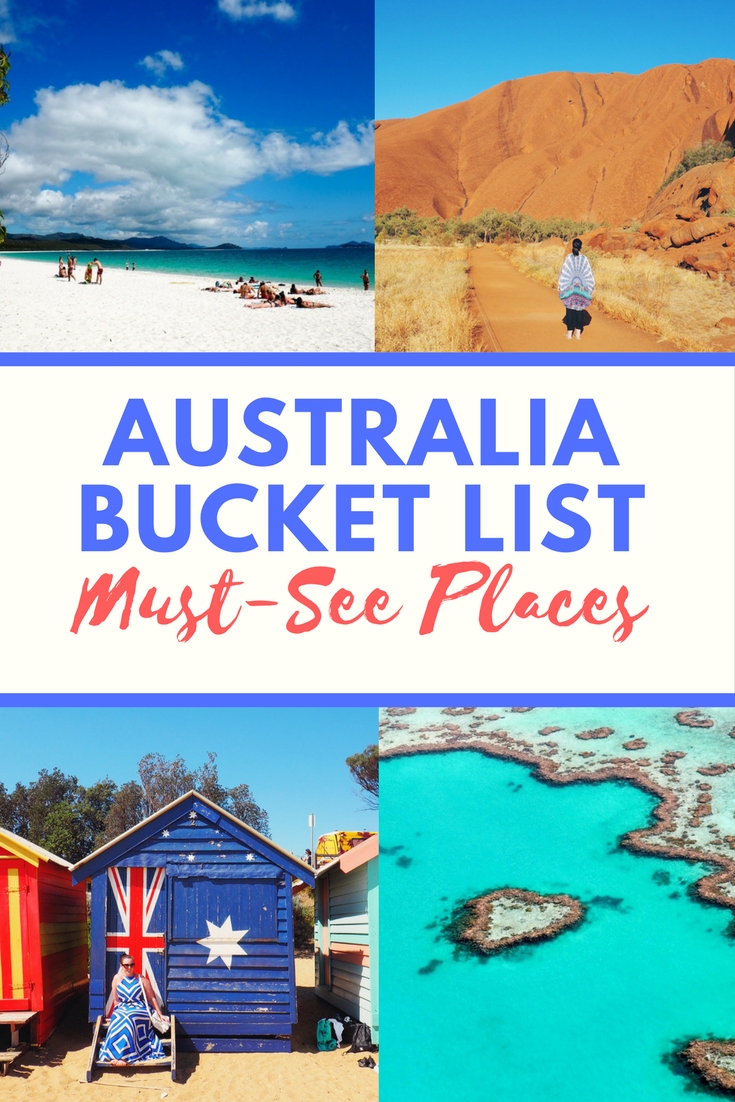 So that’s my big bad Australian bucket list. I think it will take me a good few years and some big bucks to get through it. Is there anywhere you think I should add?

Read next: What to do in Australia – Holiday ideas for every type of traveller 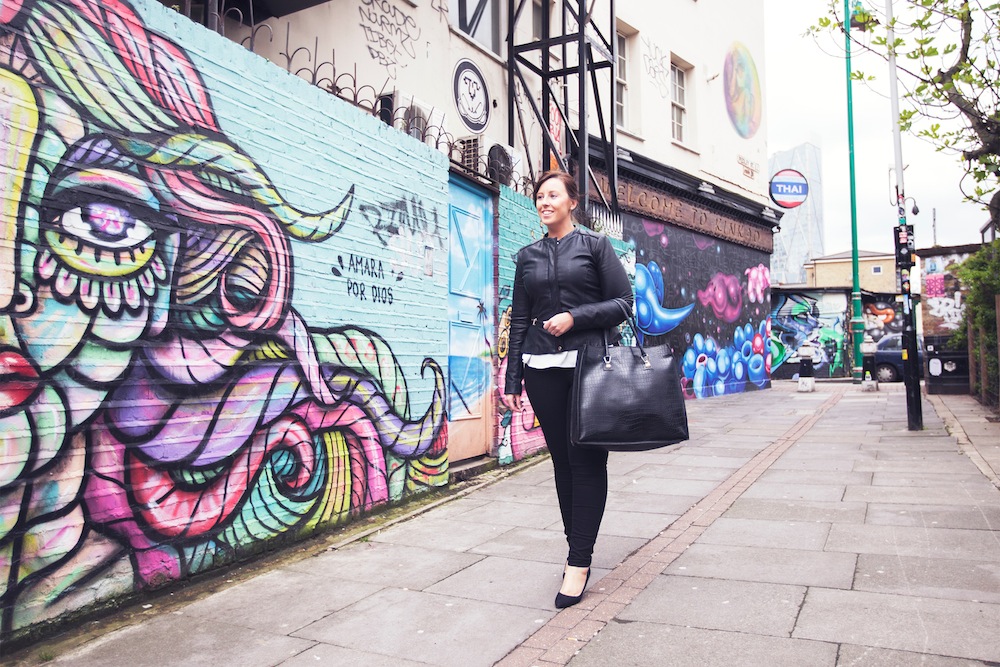 10 Best Things To Do In East London 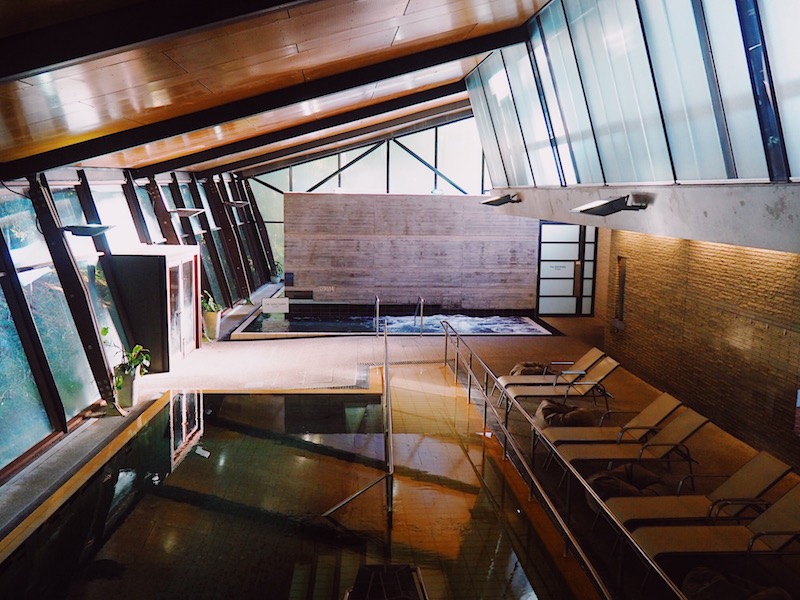 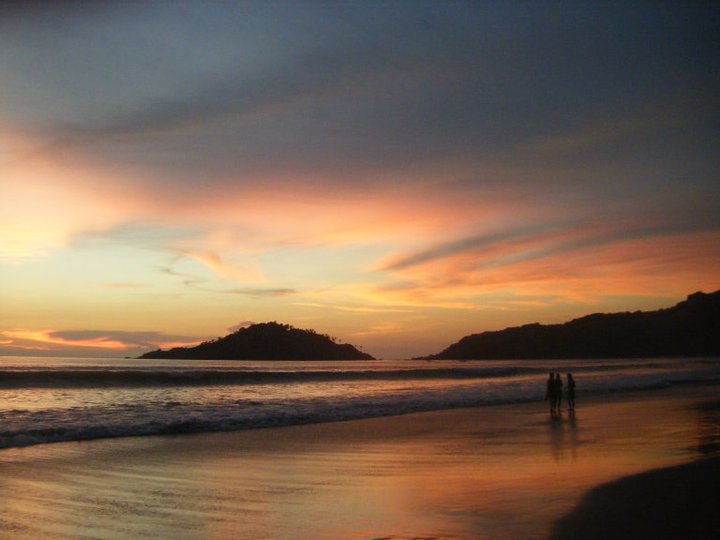