In the 2 years since I moved from London to Sydney I’ve flown home 5 times and even for a travel blogger doing a 24-hour journey from one side of the globe to the other 10 times is a little bit taxing!

During those flights, however, I’ve picked up a few nifty tips and tricks that make flying from Australia to the UK slightly less painful. (I emphasis the slightly!)

For anyone contemplating the long haul in economy here are a few of my coping mechanisms.

Don’t Eat ALL The Plane Food

It didn’t take me long to work out that if I accept every meal and snack offered to me on the 2 (at least) flights between Australia and the UK then I’m going to land feeling very windy! 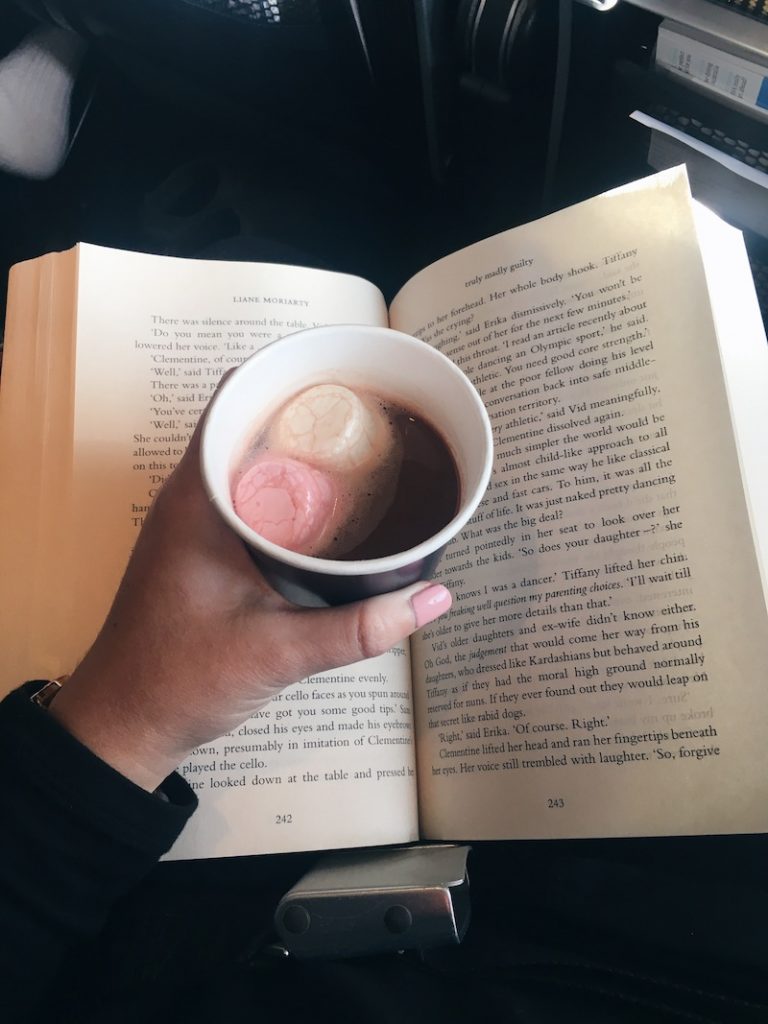 A hot chocolate and marshmallow before sleep is all I need!

I like that airlines make sure you don’t go hungry but filling up on carby meals every few hours is never going to make you feel sexy. Instead I try to eat decent grub on the ground (thus meaning I can get down to the business of sleeping as soon as I’ve boarded) and pack a few light snacks so I’m not at the whim of the airlines feeding schedules.

Note: If you do plan to sleep through the meal service then I recommended you let the stewards or passenger next to you know so that you’re not woken unnecessarily.

I don’t know why it’s taken me so long to cotton onto this one but packing a refillable water bottle has saved me heaps of money at the airport and is much more eco-conscious too. You’ll have to neck your water before going through security but every airport has drinking fountains and kind ones like Singapore Changi even have them at the gate so you can refill just before you hop on the plane.

My friend Monica from The Travel Hack recommends the Vapur Bottle because you can squeeze it in the seat pocket or if you’d like something pretty funky check out the designs at Cotton On.

Cut Down On Booze

A bit like eating crap food for 24 hours makes you feel queasy, not surprisingly, drinking all the booze on offer does too. Don’t get me wrong, if I’ve used air miles to upgrade I’m going to cheers the occasion, but generally I tend to have 1 (max 2) drinks on the ground to unwind before flying and then stick to water when I get in the air. I just get massively headachy and dehydrated if I drink on route and I’ve come to realise it’s not worth it. (Killjoy, I know!)

Instead I travel with a large bottle of flavoured water, purchased in duty free, and refill it each time I pop to the toilet.

There’s nothing like having a shower mid long-haul journey to make you feel half human. I’m a lucky ducky who has gold status with Virgin Australia so if I fly with their international partners (i.e. Etihad Airways and Singapore Airlines) I get free lounge entry. But if you don’t have airline status you can pay to use showers and/or lounges in most international airports.

Plaza Premium Network operate pay to enter lounges in multiple locations including Singapore, Abu Dhabi and Hong Kong, which you may pass through on route to London. Certain lounges are complimentary for American Express Card Members and in airports like Singapore Changi you can pay just for the shower facilities. (They come with towels and soap so you don’t need to worry about these bits.)

Don’t forget to pack a fresh set of clothes in your hand luggage so you don’t have to put the old ones back on and I recommend ladies pack make-up remover wipes in case of post-shower mascara smudges.

Some layovers are not quite long enough to leave the airport or justify a hotel room but are too long to be spent on an uncomfortable seat in departures. That’s when I treat myself to a transit hotel or few hours in a sleeping pod in order to get some sleep lying horizontally. 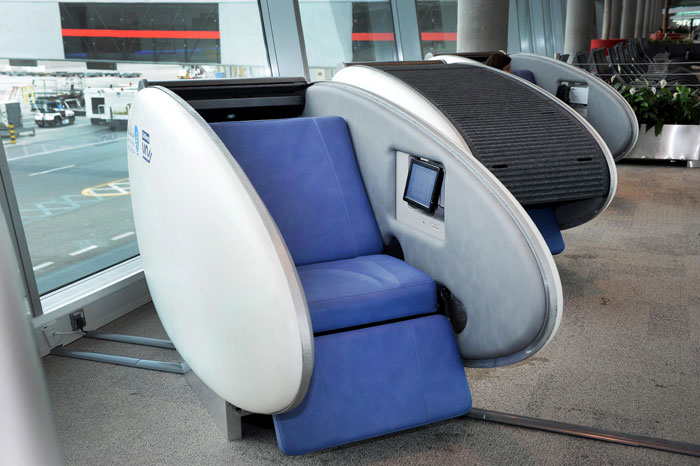 I’ve previously had a blissful 6 hours kip in the transit hotel at Singapore Changi but on my recent schlep to London I was tempted by an hour or 2 in a GoSleep – the world’s first state-of-the-art chair that converts into a sleeping pod with a fold-flat bed. The pod, available at Abu Dhabi and Dubai airports, costs just 50 AED (approx. $17AU/ £11) for the first hour and personally I think this would be money well spent if you’re on a 30-hour economy journey!

When you’re spending 24+ hours in the hands of an airline you want to make sure the service is quality. I’ve flown with most of the major carriers between Sydney and London and will be writing in more detail about my thoughts on each shortly. But in a nutshell my pick would be as follows:

Singapore Airlines – one of the most generous economy seats, fantastic staff and decent entertainment.

Etihad – tends to be one of the better-priced options considering the quality of service. Love that you can charge your phone in seat and food is pretty generous. Often have great stopover deals in Abu Dhabi and kindly provide a free bus to Dubai too.

Qantas – I haven’t flown to the UK with Qantas but did a 14 hour flight to South Africa with them and loved the entertainment, helpful staff and hot chocolate with marshmallows before bedtime. (Easily pleased, me.)

The only airline I wouldn’t recommend is British Airways who I have had several bad experiences with regarding faulty planes, bad service and broken seats (it’s never fun staring at a blank screen for 10 hours!) so I wouldn’t go there again. I’m yet to try Emirates or Qatar but will in the near future. 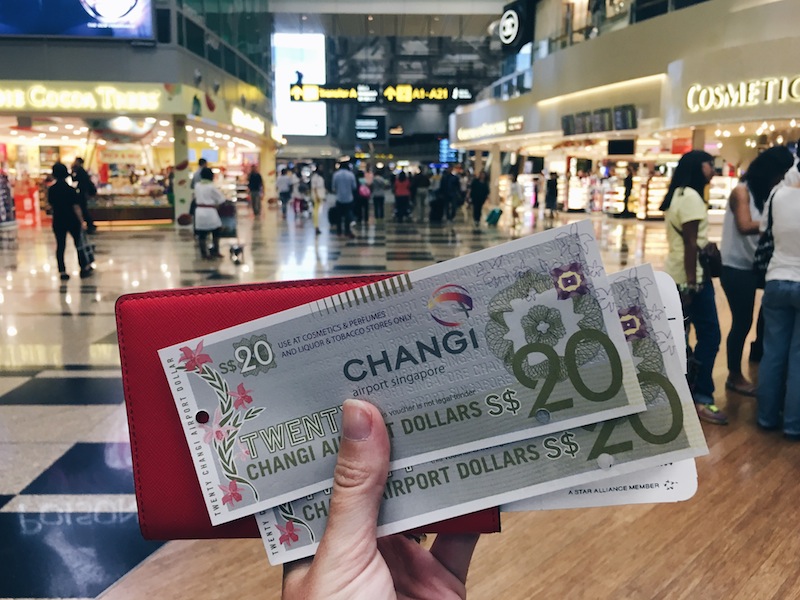 Take The Stress Out Of Departure With AirPortr

A new trick I learned on my recent trip to London is that travelling is so much easier when you don’t have to carry your own luggage! AirPortr offer luggage freedom by collecting your bags from your digs in London and handing them back to you at check in before your departure or, if you’re travelling with BA, checking them in for you so you don’t see them again until your final destination.

This was particularly handy for us who had to check out of our apartment at 11am but weren’t flying until 9pm that evening. As we had nowhere to store our luggage we booked AirPortr who collected them, sealed and GPS tagged them and then handed them back over to us in departures that evening.

We got a whole day of sight-seeing in without worrying about our luggage and saved a heap on taxis by hopping on the tube to Heathrow. An AirPortr delivery starts from just £20 with each additional bag just £10 regardless of weight and size. Find out more here. 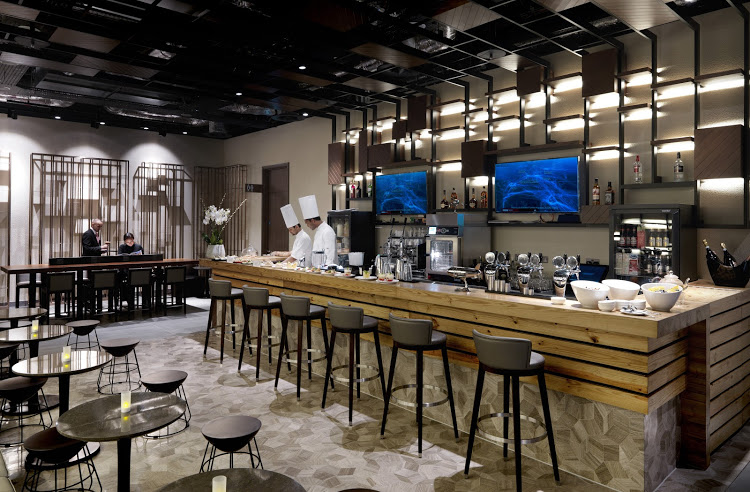 Plans to open Plaza Premium Lounges at T3 Arrivals (Q4 2016) and T4 Arrivals (Q1 2017) are also in place, so soon you’ll be able to make yourself feel more human before leaving most terminals at London Heathrow.

Every little helps when tackling the long haul! 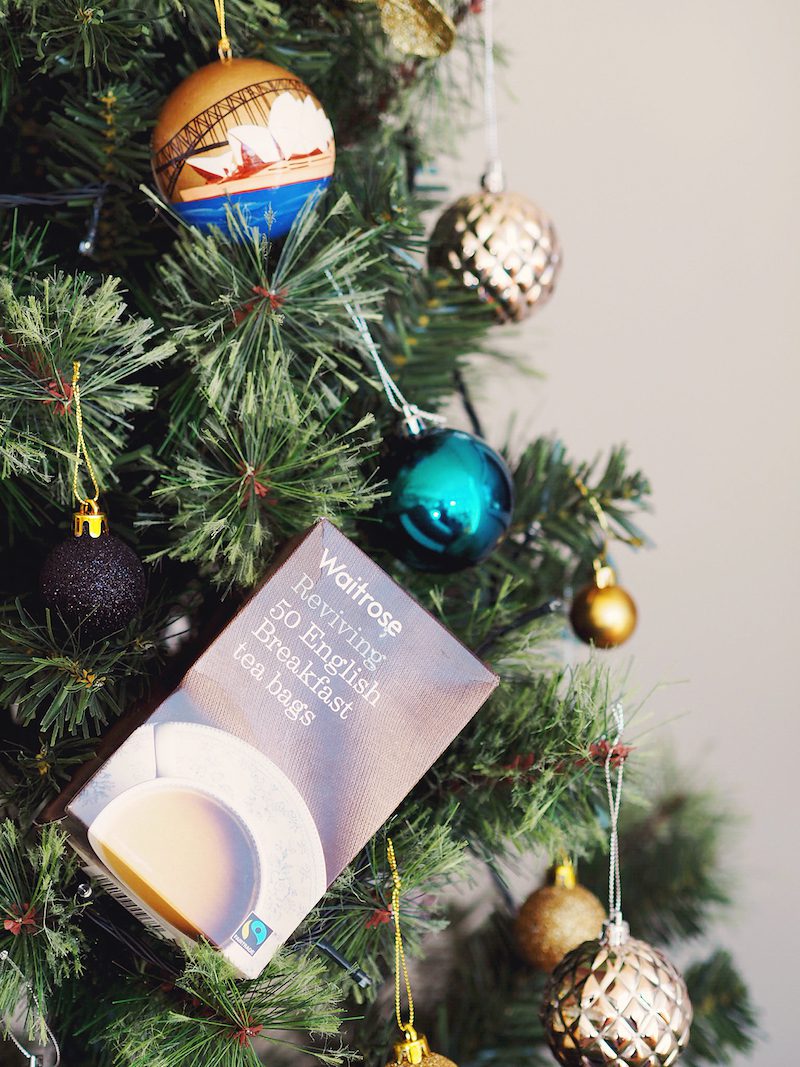 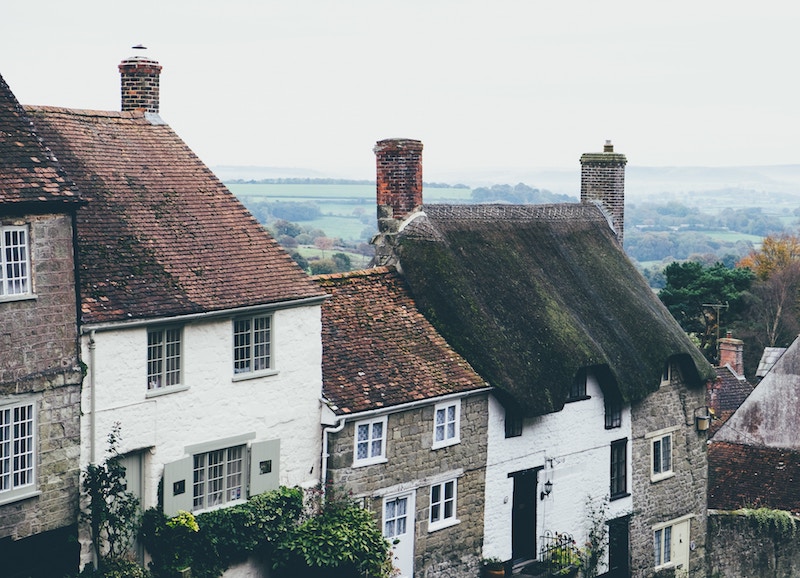 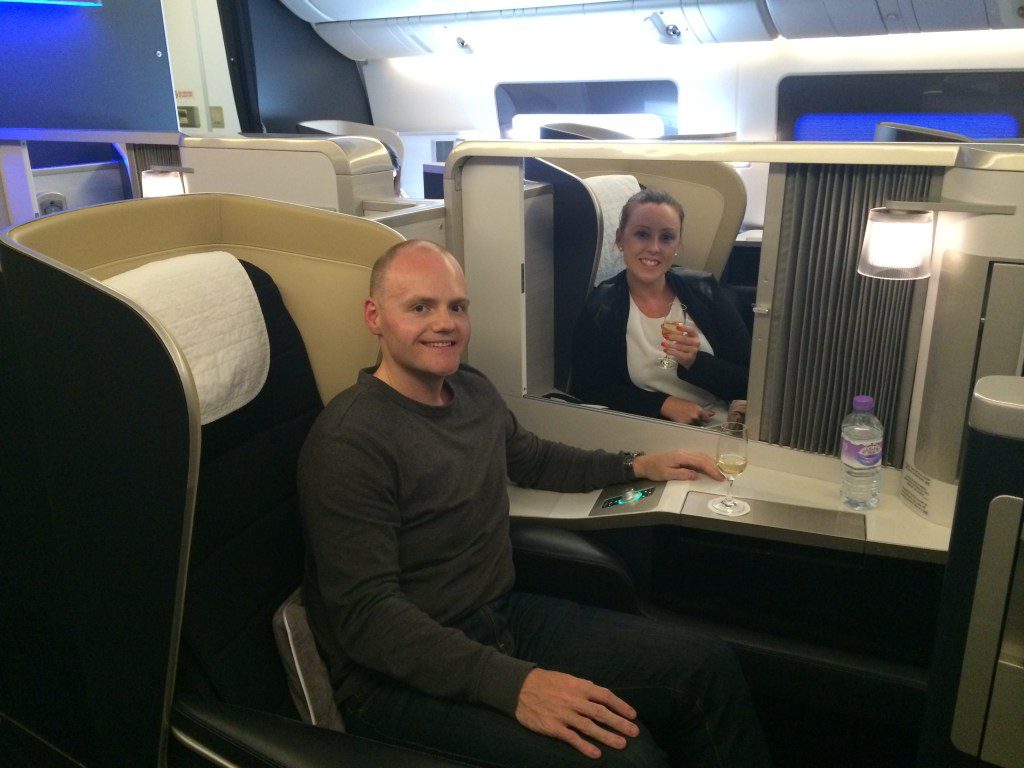